Accepting that lifting the lockdown may lead to a spike in the number of cases, the Delhi chief minister said hospitals had been prepared for this. 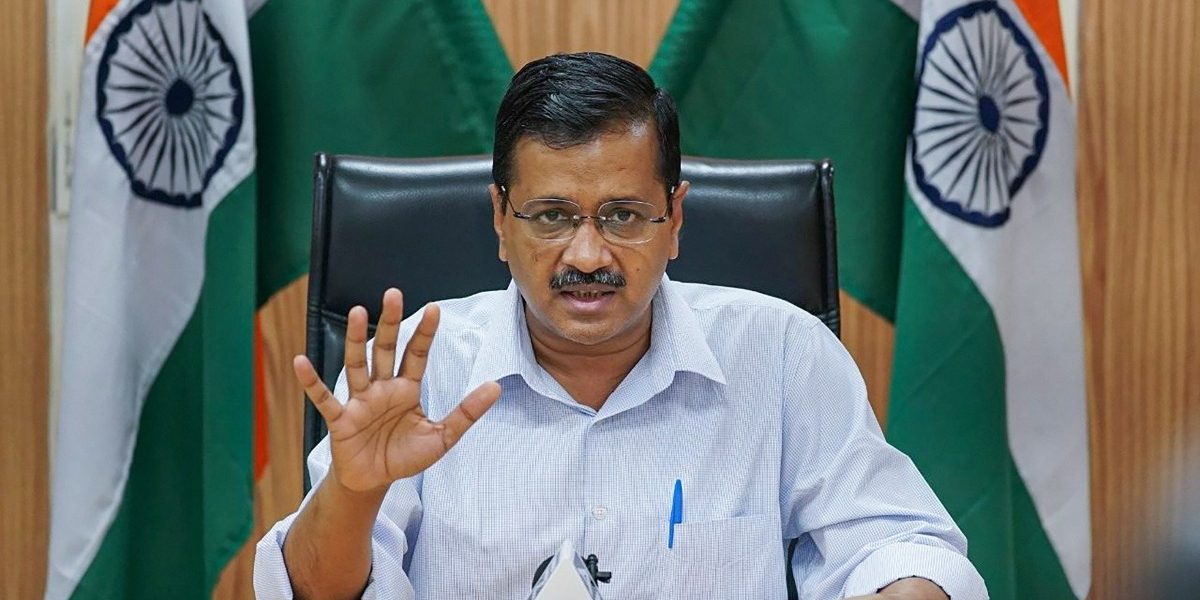 New Delhi: Delhi chief minister Arvind Kejriwal has, in a letter to Prime Minister Narendra Modi, demanded that following the end of Lockdown 3 on May 17, there should be no relaxations in the containment zones. Outside of those, however, economic activities should be allowed. He has also urged that social distancing be followed and the wearing of masks be kept mandatory.

In his letter, dated May 14, Kejriwal also stated that he believes that there will be a spurt in COVID-19 cases after the lockdown is relaxed. “For dealing with such a situation we have made adequate arrangements for hospitals, oxygen, ventilators, ambulances, ICUs, etc,” he wrote.

The Delhi government has so far followed all the instructions issued by the Centre for dealing with coronavirus and would fight ‘shoulder-to-shoulder’ the battle ahead, he said.

Through the letter, Kejriwal also made specific recommendations for Delhi.

He wrote that all schools, colleges, training and coaching institutions should remain closed while examinations should be allowed after June 1 and online and distance learning be permitted.

While also demanding that hospitality services remain prohibited, the Delhi government has suggested their use for housing health, police, government officials, healthcare workers and stranded persons as also for use as quarantine facilities.

Restrictions on categories of people

The Delhi government has also recommended that the movement of individuals for non-essential activities be prohibited between 9 am and 5 pm. Also in all zones, people over 65 years of age, pregnant women and children below 10 should stay at home as per the national directives.

What needs to be allowed without any permission

Kejriwal has also spelt out the activities that he believes should be allowed without any need for permission across the city.

He has urged that all restaurants, eating joints, sweet shops and bakeries be allowed to operate irrespective of their location on a takeaway and home delivery basis.

The government also wants parks, playgrounds and sports complexes to reopen while following “proper social distancing”. It has, however, urged that close contact sports not be permitted.

Public and private vehicles should be back

The Delhi government wants movement of individuals and vehicles to be allowed. It has recommended that four wheelers be allowed with a maximum of two passengers besides the driver while only one person be allowed on a two wheeler.

It also wants autorickshaws, e-rickshaws and cycle-rickshaws to return to the streets with the stipulation that they shall carry only one passenger.

It has also desired that taxis and cabs, including those of aggregators, be allowed to come back with the condition that there would only be two passengers apart from the driver. However, it has advised against car-pooling or car-sharing by aggregators.

Public transport should be back, but with fewer passengers

The Delhi government has also made a case for resuming mass public transport services. It has urged that buses be permitted but with no more than 20 passengers and with two marshals present at all times at the entry and exit door respectively to ensure compliance with social distancing norms.

In the case of Delhi Metro services, the government wants resumption of service for all employees of Delhi and Central government, central and state PSUs, local bodies, and government autonomous bodies on production of their identity card. It desires that the trains operate from 7:30 am to 10:30 am and 5:30 pm to 8:30 pm. The Delhi government also stated that it would draw up a roster of its employees with staggered timing to ensure that there is no rush on the system.

The Metro service would also be open from 10:30 am to 5:30 p. to persons providing essential services and those who have been issued e-pass.

For these services, the Delhi government wants the Delhi Metro Rail Corporation to ensure social distancing on trains and its premises, provide seating on alternate basis, sanitise and disinfect the stations and coaches at regular intervals, and allow only ticketless travel or that on smart cards.

Allow all private offices to open with 50% strength

The government has also called for opening all private offices irrespective of their location with up to 50% strength with the rest of the staff working from home.

It said the government offices should operate in consonance with the guidelines issued by the Ministry of Home Affairs.

Open all markets on an odd-even basis

To get people and businesses working again, the Delhi government has also recommended that all markets and market complexes be allowed to open on odd-even basis, depending on the number of the shop. With this, it said, only 50% of shops, barring those selling essential goods, would open.

The government clarified that shops selling essential goods, books, stationery and electrical goods like fans would be allowed to open on all days.

The government also wants shopping malls to open now with the condition that only a third or 33 per cent of the shops would open on a given day. Here too shops dealing in essential goods, stationery, books and fans would be allowed to operate on all days.

All standalone, neighbourhood (colony) shops or those in residential complexes would be allowed to operate on all days.

Construction and commercial activity to resume

With normal activity almost coming to a standstill due to the lockdown, and this causing a major drain on the city government’s finances, the Kejriwal government now wants construction activity to resume wherever workers are available onsite or could be transported within Delhi.

It has also recommended that all industrial and commercial activities that are not expressly prohibited be allowed. But, the government clarified, that no activities will be allowed in containment zones and they would continue to witness strict perimeter control.

Mandatory actions in all workplaces

The Delhi government has also specified that as the threat of COVID-19 spread is still there, some precautions would still remain mandatory in all work places. These would include wearing face covers, adherence to social distancing through gaps between shifts, staggering of lunch breaks and other such measures.

Besides, provisions for thermal screening, hand wash and sanitisers would have to be made at the entry and exit points and common areas of all such premises.