Number of Tourists in Kashmir Down by 86% in August-December 2019: RTI 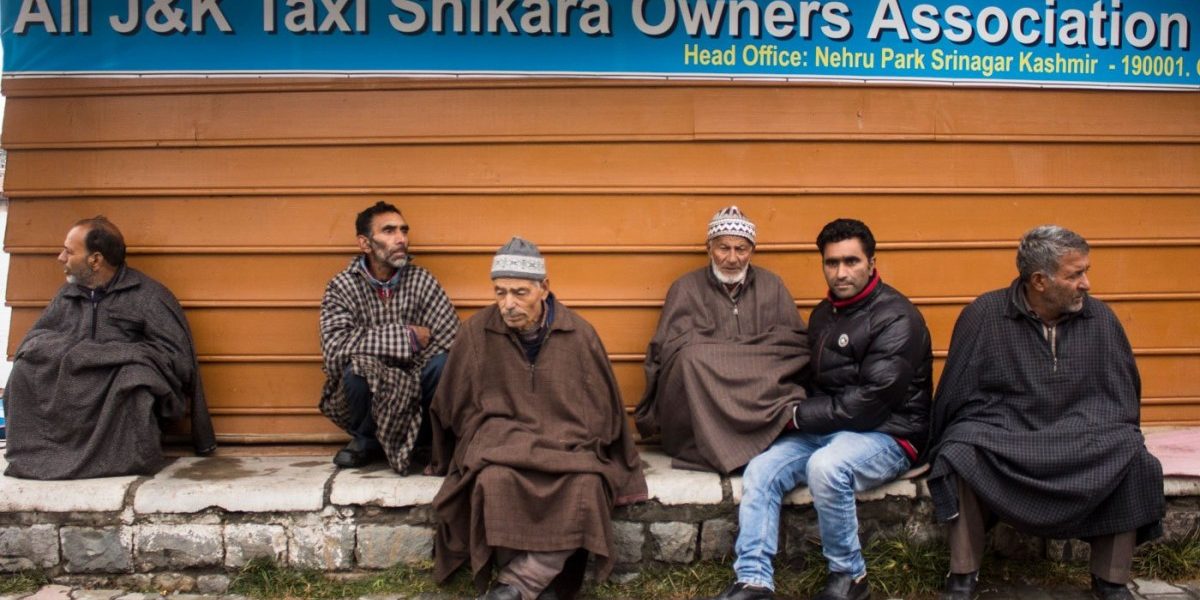 Srinagar/New Delhi: Data provided to The Wire under the Right to Information Act by the Kashmir Tourism Department shows the scale of the blow to the tourism sector in the Valley since August 2019, when the government read down Article 370 and imposed a lockdown on the erstwhile state. The month-wise figures provided for the period of August to December 2019 contradict the Modi government’s narrative that things are ‘normal’ in the region, with his minister even lying to parliament on the issue.

On August 2, 2019, via an official order, the government had cited “terror threats” to suspend the Amarnath Yatra and ask all tourists to leave the Kashmir Valley. As per the information released by the department under RTI, the number of tourist arrivals in August 2019 was 10,130. By way of comparison, the corresponding figure for arrivals in 2018 was 85,534, and in 2017 was 1,64,395. Tourist arrivals fell further in September to a mere 4,562. 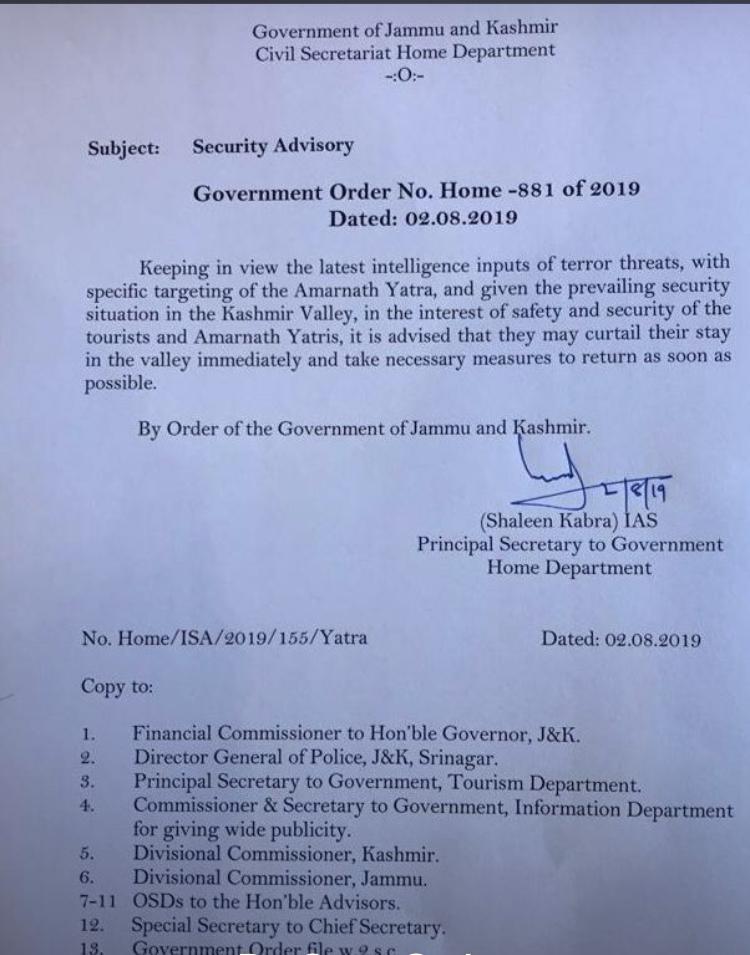 The government’s order of August 2, 2019 suspending the Amarnath pilgrimage, and asking tourists to leave Kashmir.

The government kept the above order in place until October 9, 2019. The information released by the department show the figures for October 2019 at 9,327. Tourism barely revived through November and December, with the arrival figures for these months at 12,086 and 6,954, respectively.

These official figures bear out what Sheikh Ashiq, the president of the Kashmir Chamber of Commerce and Industry told The Wire earlier this month when he estimated a 90% decline in tourism and livelihoods linked to it. The KCCI has put the losses to J&K’s economy since August at over Rs 15,000 crore. 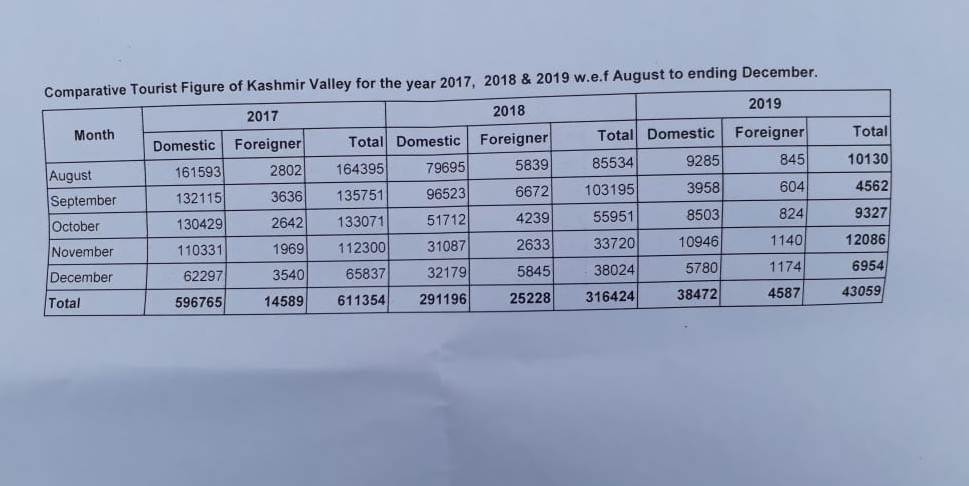 While numerous journalistic and fact-finding reports have also outlined how the government’s moves have devastated tourism, and the wider economy, the government has steadfastly refused to acknowledge any economic hurt. In fact, as The Wire reported days ago, Union minister for tourism Prahlad Singh Patel went as far as to lie to the parliament in November on the hit to tourism in the Valley. He claimed that there was no data for this, concealing information provided to his ministry by officials in the Jammu and Kashmir administration about a 71% decline in tourism revenue.

In the Valley, the losses translate into vanishing earnings, job losses and salary cuts. Khursid Ahmed, an employee of a travel agency in Srinagar, said he has been working on half pay since August. Ahmed estimated that their agency had suffered losses of Rs 20 lakh in the past months. He added, “I am just glad I have not been laid off in the past months like so many others in this industry.”

Ramneek Kaur, who runs a hotel in Pahalgam said “2019 has been the worst year in recent times”. She said in September-October, things turned desperate and she had to lay off service staff because of poor business. “With so much political turmoil, and restrictions on the internet, not many tourists will risk coming here,” she said.

The government has announced the opening of internet services at 2G speeds in the region, but has restricted access to a ‘whitelist’ of 300 websites. People in the Valley report internet to be intermittent. The government continues to restrict all social media and messaging platforms other than the Mukesh Ambani-owned JioChat.

Kaur worried about what the year would bring, saying, “I know of people who are selling their properties, and are defaulting on loans. We are all stuck, and even if we want to make any investment or business plans for 2020, there is so much uncertainty.”

Muzamil Bhat is a Srinagar-based photographer and Chitrangada Choudhury is an Odisha-based multimedia journalist and researcher.