“There are around four cases within a one-km radius of our hostel and it is too risky to even step out to buy essentials at the college gate," a student at the Central University of Gujarat, Gandhinagar said. 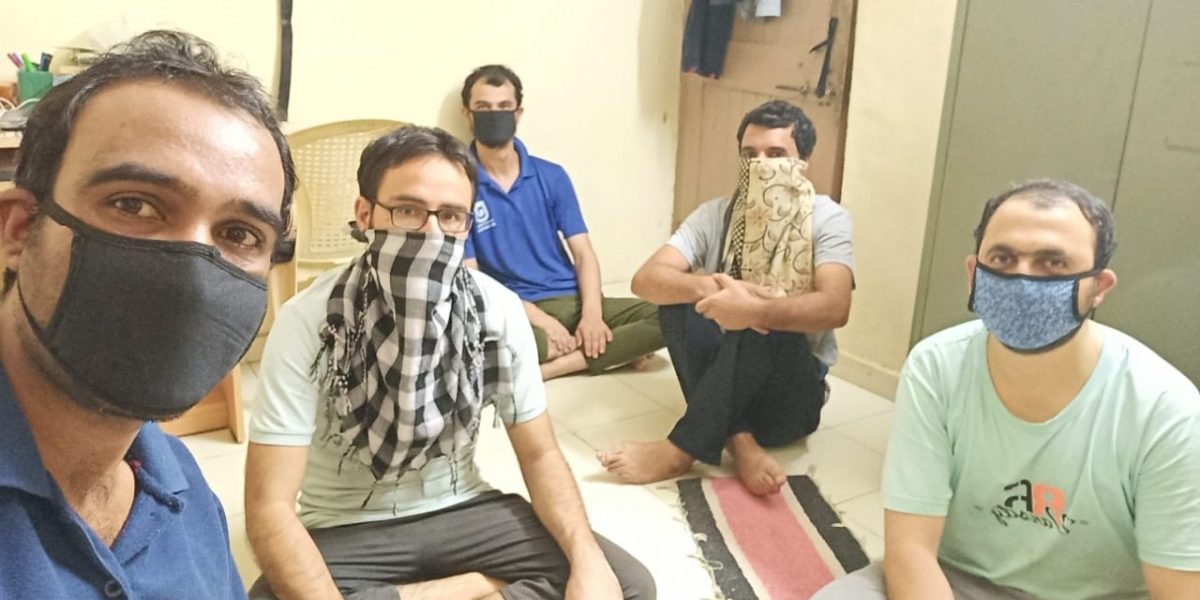 New Delhi: Over 22 PhD and postdoctoral students from Jammu and Kashmir are stranded at the Central University of Gujarat, Gandhinagar (CUG), awaiting a response from the union territory’s administration while watching other students from different states go back home.

Among the 22, there are seven female and 15 male students. They have been constantly writing emails to the J&K authorities and dialling helpline numbers, but haven’t heard back from anyone.

Meanwhile, COVID-19 cases have spiked in Gujarat over the past few days – so much so that the Centre has stepped in to stem the spread. On Wednesday, 382 new cases were reported, with 291 from Ahmedabad alone. With this, the total number of cases in the state has reached 6,669. The state has also announced a complete lockdown in Ahmedabad and Surat. Gandhinagar is only 37 minutes away from Ahmedabad.

The college’s hostel is in the middle of the city and Gandhinagar comes under a red zone, where strict lockdown rules have further restricted mobility. Hence, in emergency cases, students won’t be able to go beyond certain areas if their stay is prolonged.

“There are around four cases within a one-km radius of our hostel and it is too risky to even step out to buy essentials at the college gate. We get some food from the rediwalas outside because the hostel mess is shut but we are scared to go out everyday. We don’t want to die here,” said Ishfaq Majid, a PhD student at CUG.

A couple of weeks ago, the J&K administration had asked the students stranded in different states to register themselves on a website of the higher education department. Up until May 4, over 9.000 students have registered themselves and the administration has started evacuating students from Punjab and Himachal Pradesh. However, students at CUG say that there is no communication whatsoever from the administration with regard to their evacuation, despite the number of cases rising at an alarming rate.

“The administration should at least reply to our emails and calls. It has been more than ten days since we registered online but there has been no response from their end. We have been dialling the helpline number but it just keeps ringing. We also tried contacting the J&K administration but their numbers are switched off. The cases are rising here really fast in comparison to Punjab and Himachal Pradesh,” said Majid. 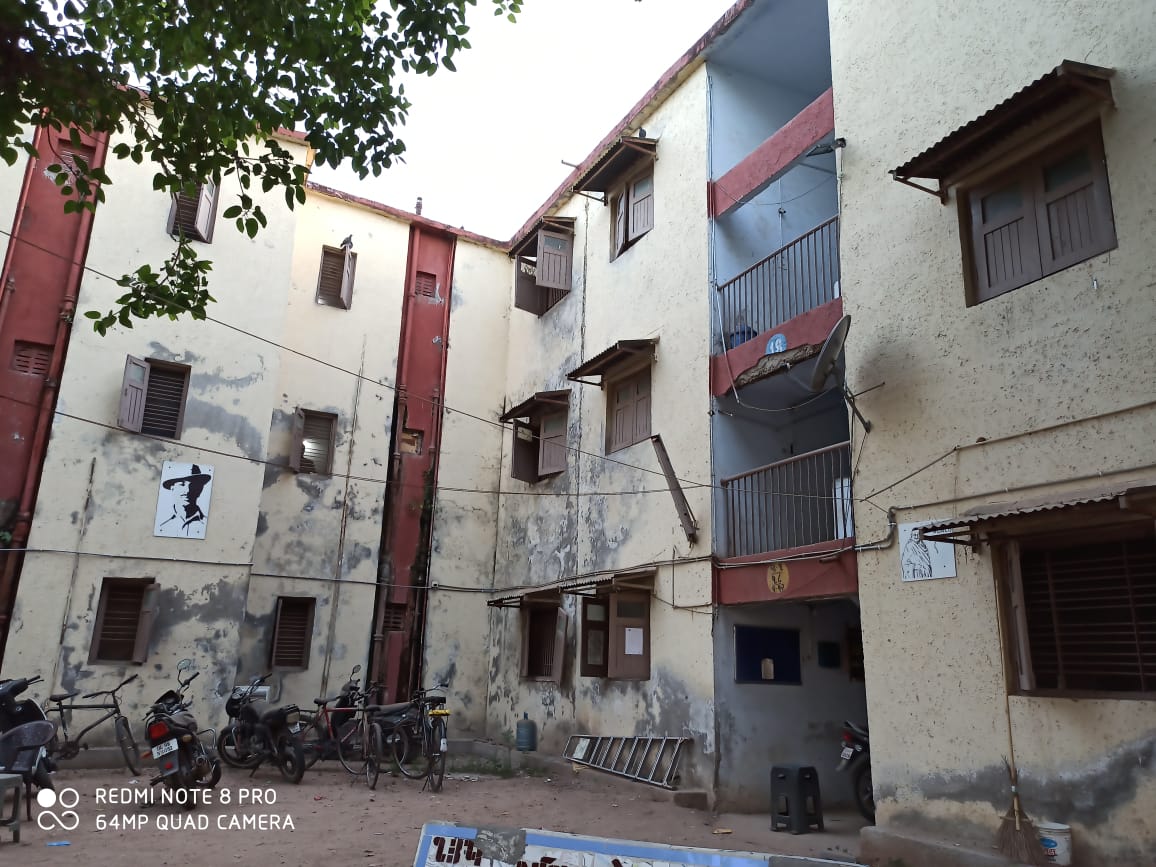 A hostel building at the Central University of Gujarat, Gandhinagar. Photo: Ishfaq

Majid has also sent an email to the J&K’s resident commissioner in Delhi but hasn’t got a response yet. The students also contacted the Doordarshan Kendra in Srinagar to amplify their grievances, but haven’t heard from anyone.

On the other hand, students from other states like Assam and Punjab in college hostels are gradually packing their bags to travel back home in conveyances arranged by their respective home states. “It’s mentally distressing to watch my friends go home while we are stuck here with no answers from the authority,” said Nahida, another PhD student.

“It’s also the month of Ramzan and it’s quite difficult to fast and take care of food in the middle of a pandemic. Thankfully, the Big Basket store outside the college gate opens for a few hours in the morning and we don’t have to worry about sanitary napkins and other essentials. But it isn’t safe to stay here any longer,” she added. “Although the UGC has extended the thesis submission dates for MPhil and PhD students, I am finding it very hard to concentrate on my studies locked in my hostel room alone.”

According to a report published on April 28, Kashmiri students stranded in Pune are also urging their state authorities to quickly evacuate them. Maharashtra has reported the maximum number of positive cases and the situation has only exacerbated in the past couple of days. On Wednesday, over 769 new cases were reported in Mumbai, the city’s highest spike in a single day. In Pune, a total of 2,122 cases were reported on Monday.

“In this grim situation, I am facing a lot of troubles. My family is very distressed because I am stranded in a red zone. My parents are extremely worried, said Yawar Khan, a student.

Khan urged the state administration to quickly evacuate the students, adding that “staying here [Pune] is no less than suicide.” 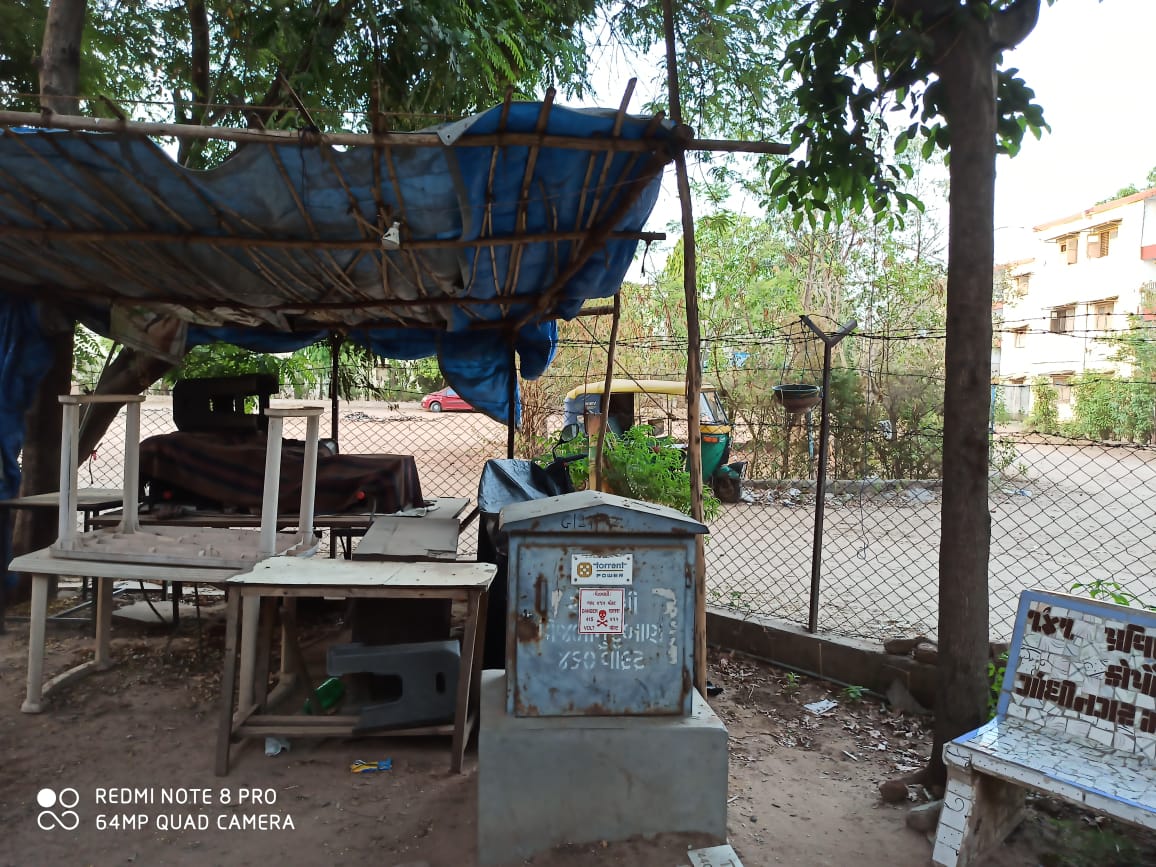 The hostel canteen at CUG has been shut since March 17. Photo: Ishfaq

The J&K administration, on the other hand, has chalked out a plan to evacuate students and migrant labourers in a phase-wise manner.

The government has started the process with more than 18,000 locals reaching Lakhanpur district between April 25 and May 2. Reportedly, in the first phase, students and migrant labourers only from Punjab and Himachal Pradesh would be allowed.

According to B.V.R. Subhramanyam, chief secretary of the J&K administration, the authorities are compiling the number of J&K residents stranded in different parts of the country and the data, he said, would be first shared with the district heads in Kashmir so that they make all the arrangements for those coming from different states.

The Wire has written an email to the chief secretary seeking a response on the timeline for evacuation of residents stuck in Gandhinagar and Pune. The article shall be updated with his reply as and when it arrives.