Despite this – and knowing that a large number of political workers in the Valley are currently under detention – the government is planning to go ahead with elections to block development councils on October 24. 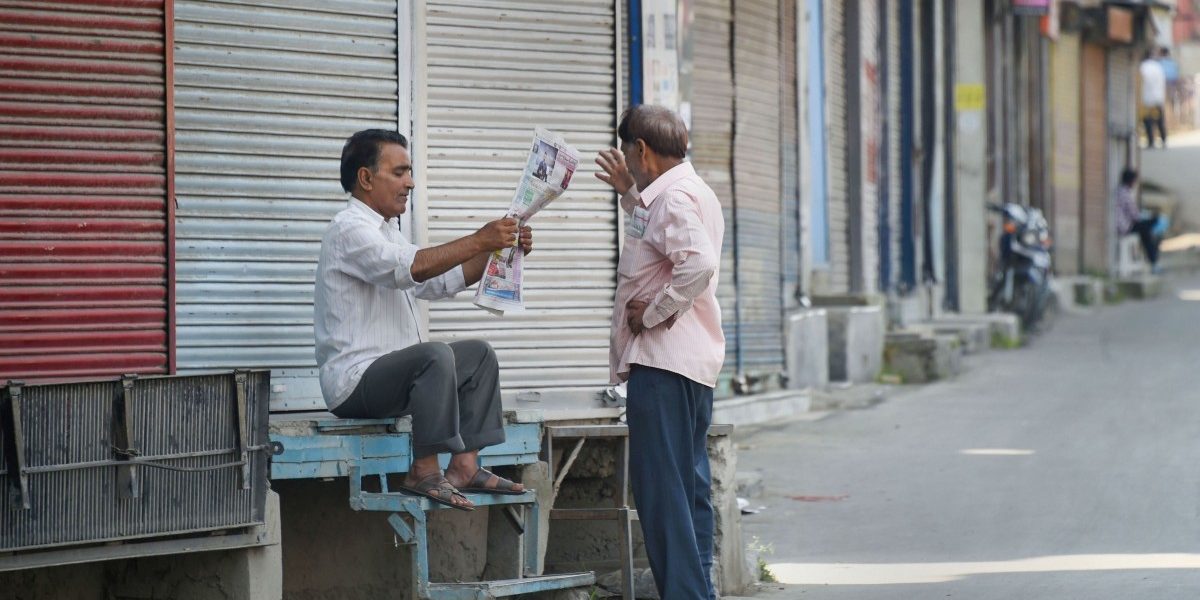 Locals sit in front of closed shops during the shutdown in Srinagar on Thursday, September 26. Photo: PTI

Srinagar: When the Jammu and Kashmir government held panchayat elections in Kashmir last December, it described the exercise as an “achievement”. Even the Centre complimented the state administration for the “successful” polls.

On Sunday, for the first time since then, state chief electoral officer Shailendra Kumar shared details on how many panchayat berths have remained vacant in Kashmir, owing to people’s non-participation in the electoral exercise.

The numbers speak for themselves: approximately 61% of panch and sarpanch seats across 10 districts of Kashmir are lying vacant.

In the Valley’s 137 blocks, there are a total of 19,582 panch and sarpanch seats. But only 7,528 of these positions were contested and subsequently, according to the data Kumar revealed at a press conference at in Srinagar on Sunday. Kumar said that 12,054 (61.5%) of panch and sarpanch berths – almost double the number of elected representatives – are still empty.

The number of vacant seats in Kashmir is far more than in Jammu and Ladakh, where just 103 and 24 positions, respectively, are vacant.

Also read: With Use of Antiquated EVMs, Electoral Norms Being Violated in J&K Local Body Polls

Adding to the government’s woes, at least five Kashmiri panchayat representatives have resigned in the past nine months due to “security reasons”.

“Around five people have resigned on security reasons. And there have been deaths of around 33 representatives due to natural causes, except for one in Kashmir,” Kumar said. 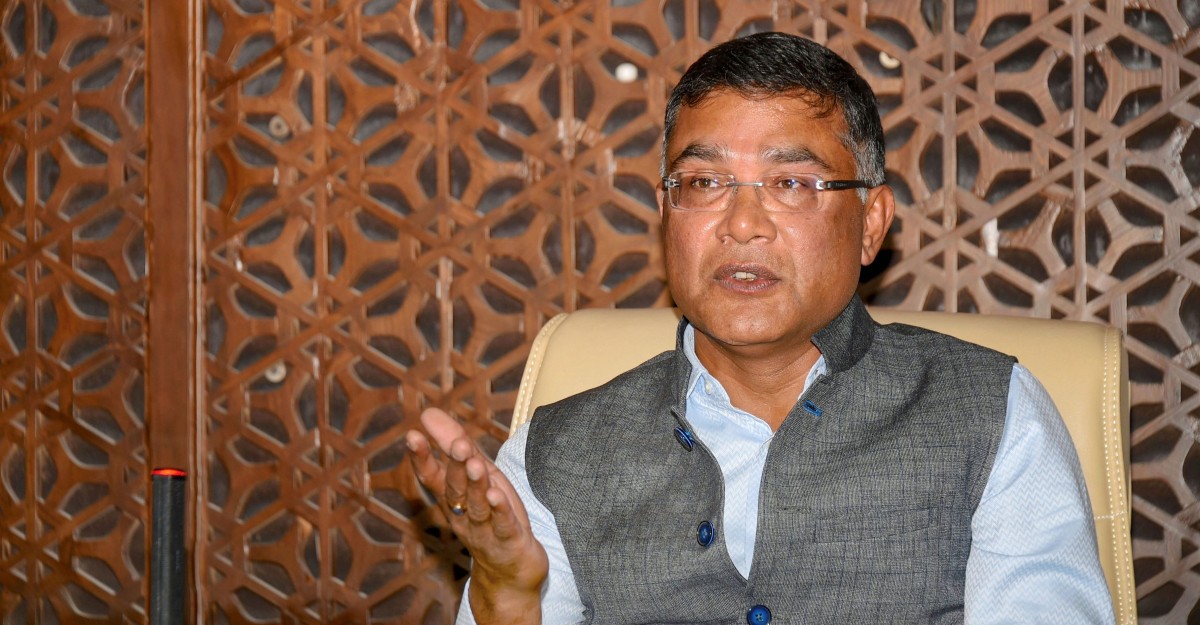 In response to a question, Kumar said a decision on filling vacant positions will be taken after polls for constituting block development councils (BDCs) are completed. Surprisingly, though, the electoral college for the BDC polls comprises those holding panch and sarpanch positions.

“We will have to revise the electoral rolls to undertake the process for filling the vacant positions,” Kumar said.

The nine-phase elections were held in November-December 2018, amid unprecedented security arrangements after militants threatened participants with dire consequences. The elections, which began on November 17 and concluded on December 12, did not see any violence.

The electoral exercise was held seven years after the last panchayat polls in J&K, and nearly a month after urban local body elections in the state last year.

Also read: Why the Lowest-Ever Turnout in Kashmir Municipal Polls Should Worry Delhi

During the entire election process, there was a complete information blockade about candidates and the political parties they belonged to. The candidates were non-existent on the ground, and in official communications each of them was identified by a number instead of a name. There was no canvassing and the contestants in the fray didn’t hold a single rally.

As senior official said the vacant positions were not the only challenge for the government. “At many places we haven’t been able to constitute the panchayats owing to a lack of quorum, because some of the seats in these panchayat have remained unfilled owing to the non-availability of elected representatives.”

He said there was no word from the government on the fate of such non-functional panchayats.

Meanwhile, during the press conference, Kumar said the BDC polls and counting of the votes will take place on October 24. This will be the first electoral exercise to be held in Kashmir after the Centre read down Article 370 of the constitution and approved the bifurcation of the state into two union territories.

A jawan stands guard during the shutdown in Srinagar on Sunday, September 29. Photo: PTI

The polls are being held at a time when the leadership of all major political parties, including National Conference, People’s Democratic Party and Sajad Lone-led People’s Conference, have been either jailed or put under house arrest.

Two former J&K chief ministers – Omar Abdullah and Mehbooba Mufti – have been jailed, while another former chief minister and present MP from Srinagar, Farooq Abdullah, has been detained under the controversial Public Safety Act – a law that allows detention without trial for a period of three months to two years.

People’s Conference chairman Lone has also been detained at Centuar sub-jail. His was the only regional party from Kashmir which had participated in the panchayat polls.

Also read: Kashmir Was Once a Panchayat Pioneer But Its Villagers Today Are Disempowered

Responding to a question on whether the detained political leaders will be allowed to campaign for their party candidates during the polls, which will be held on a party basis, Kumar said, “We will be responsive to all complaints to ensure a level playing field for everyone.”

Kumar said the state election body will make arrangements for facilitating detained elected panchayat representatives to vote in the upcoming BDC election like other electoral exercises. Two panchs – one each from Baramulla and Kupwara – have been detained by the J&K police, Kumar said.