The language of Article 3 is very clear and leaves no room for doubt.

States have necessarily to exist to make India a Union of States and thus a federation.

India’s federal structure is a part of the basic structure of the constitution.

If this can be done by parliament under Article 3 then Article I which declares India to be a Union of states loses its meaning because if parliament can by law convert one state into a Union territory it is only logical to assume that it can convert all states into Union territories. That is not what Article 3 intended.

That is the reason why Article 3 does not speak about the conversion of states into Union territories. It speaks only about the changes that can be made in the area, boundary or names of the states, and the formation of new states. Explanation I to Article 3 says ‘State’ includes ‘Union territory’, which only means that what can be done to the states can be done to Union territories also. So, under Article 3, states have to remain states, may be in a larger size or a smaller size, or may be with a new name or a new boundary.

Further, the proviso to Article 3 provides for a reference to the state legislature by the president of India for its views if the proposal contained in the Bill “affects the area, boundaries or name of any of the states”.

The above proviso makes it absolutely clear that the law parliament may make in this regard can only affect the area, boundary or name of a state, and cannot convert it into a Union territory.

The above proviso also makes it compulsory for the president to refer the Bill containing the proposal for re-organisation of a state to the legislature of that state for obtaining its views thereon. The president will fix a time limit for this purpose and if the views are not made available with the period fixed or extended, the Bill will be introduced in either house of parliament without such views. The views are not mandatory and therefore parliament can ignore them.

However, the crucial point is whose views will be obtained by the president in the case of a state which is under President’s rule. Is it the views of parliament, which assumes the powers of the assembly, that should be obtained? Or should the president wait till the assembly is reconstituted? 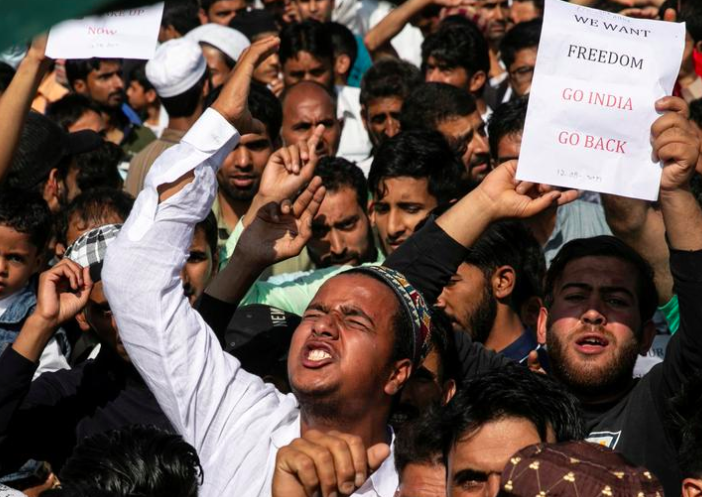 A protest in Srinagar against the Centre’s decision, on August 12. Photo: Reuters/Danish Siddiqui

Also read: The Imposition of President’s Rule in J&K is Arbitrary and Unconstitutional

In fact the purpose of the Presidential reference to the state legislature is to enable parliament to have the views of the legislature before it. The Supreme Court made it very clear in Babulal Parate V. State of Bombay (1960):

“All that is contemplated is that parliament should have before it the views of the state legislatures as to the proposals contained in the Bill and then be free to deal with the Bill in any manner it thinks fit.”

If parliament has only its own views before it, the mandate of the proviso to Article 3 would stand negated.

PD.T. Achary is a former Secretary General of the Lok Sabha and a constitutional expert.