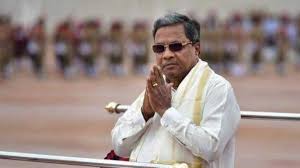 New Delhi: The Karnataka Lokayukta has decided to drop the case filed against former chief minister Siddaramaiah about a controversial steel flyover project. The project had been scrapped, then reignited, and then scrapped again.

The complaint had been filed by Bharatiya Janata Party MP Rajeev Chandrasekhar.

Siddaramaiah tweeted the Lokayukta’s decision, alleging that this was one of the several cases the BJP had used to mire the Congress’s reputation before state elections.

It is a great win for us to show our people that we had no corrupt intension in initiating the project.#FalseSteelBridgeCase

‘The allegations are often made easily, than proved’.

‘Allowing complaints against CM without an iota of evidence would amount to the abuse of the process of the law & this needs to be discouraged’.#FalseSteelBridgeCase

The proposal for the flyover in question, connecting Hebbal and Chalukya Circle in Bengaluru, was first scrapped in March 2017, after activists protested and filed cases at the high court and National Green Tribunal. The Kumaraswamy government brought the project back, but then told the Karnataka high court in June 2019 that it had been scrapped again, The News Minute reported.

The Lokayukta decision, which Siddaramaiah shared, says, “Allowing complaints against CM without an iota of evidence would amount to the abuse of the process of the law & this needs to be discouraged.”

Siddaramaiah has said that Congress leaders are open to investigations on other allegations too, and he is sure that the results will be the same.

Chandrashekhar, though, is not satisfied. He replied to Siddaramaiah on Twitter by saying that the project was closed by the courts because of irregularities, and that the Lokayukta was forced to close the case because Siddaramaiah has diluted the body’s powers during his chief ministership.

So @siddaramaiah avare – u n ur #10percentSarkara have much to answer for includng the #StealFlyoverDiary n u shall answer.

I wudnt celebrate if I were u – just bcoz ur strategy of defanging LokAyukta 😂 ur corruption will be held to account. Hv no doubt at all 👍🏻😁

When Siddaramaiah brought in the Karnataka Anti-Corruption Bureau in 2016, the Lokayukta was unable to file cases under the Prevention of Corruption Act on its own or conduct raids. Now, the body can investigate cases only after complaints are registered with them, with the state government’s permission. Despite being in power, the BJP has not reinstated the Lokayukta’s powers