The Congress had expressed fears that the Bill, if passed, may be misused for polarisation on communal lines and target the minorities. 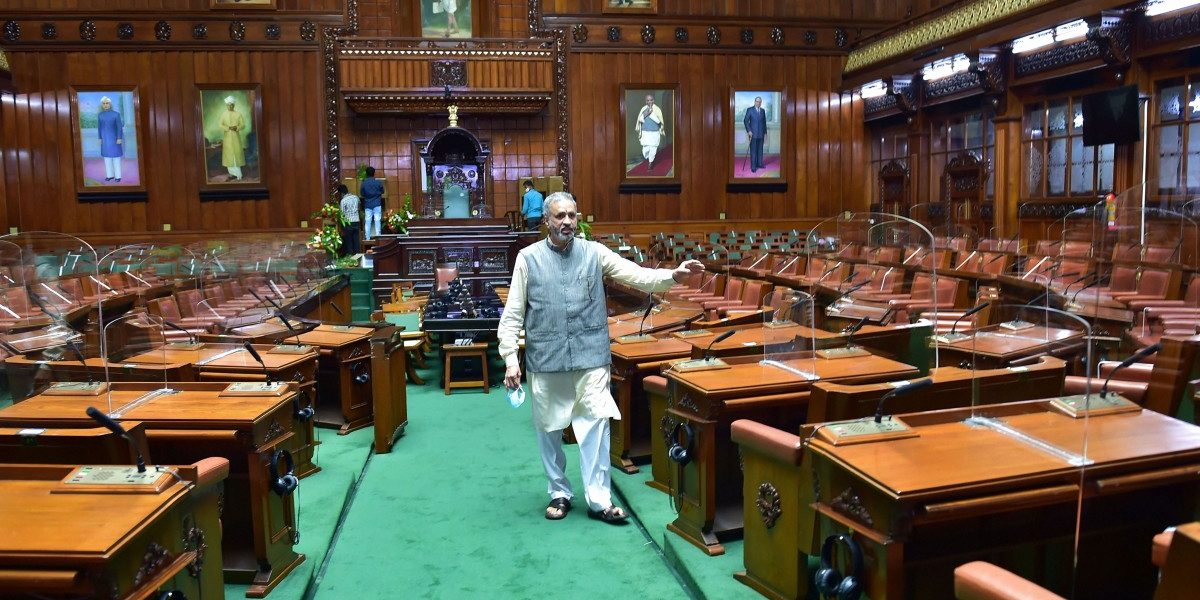 Bengaluru: Amid bedlam, the controversial anti-cow slaughter Bill was passed in the Karnataka Assembly on Wednesday, with the Congress members staging a walkout in protest.

The Bill known as the Karnataka Prevention of Slaughter and Preservation of Cattle Bill – 2020 seeks a total ban on the slaughter of cows in the state and stringent punishment to those who indulge in smuggling, illegal transportation, atrocities on cows and slaughtering them, BJP sources said.

“Yes, the Bill has been passed in the Assembly,” Karnataka law and parliamentary affairs minister, J. C. Madhuswamy, told PTI.

Besides cows and calves, the Bill also intends to protect buffaloes and their calves less than 12 years of age.

There is a provision to set up special courts for the speedy trial of the accused. It also makes provision for setting up Goshala or cattle-sheds for the protection of livestock. Police have been given powers to conduct checks.

The law also gives protection to those who protect these livestock. The Bill was passed without any discussion as there was a din in the House.

The Congress later staged a walkout in protest.

Earlier, when animal husbandry minister, Prabhu Chavan, tabled the Bill in the evening, Congress MLAs led by the leader of the opposition, Siddaramaiah, trooped into the well of the House.

They alleged that the Bill was not discussed for tabling in the business advisory committee meeting.

“We had discussed yesterday that new Bills will not be tabled. We had agreed that only the ordinances will be passed. Now he (Prabhu Chavan) has all-of-a-sudden introduced this anti-cow slaughter Bill,” Siddaramaiah said.

However, speaker, Vishweshwar Hegde Kageri, said he had clearly said in the meeting that important bills will be tabled on Wednesday and Thursday.

Not convinced with the reply, the Congress MLAs trooped into the well of the House and raised slogans against the BJP government.

The Congress had expressed fears that the Bill, if passed, may be misused for polarisation on communal lines and target the minorities.

On the other hand, the BJP has been saying the Bill is to protect the cows which are holy to the Hindus.

To make the provisions of the proposed law stringent, Chavan had referred to similar laws in Uttar Pradesh and Gujarat.

A team of officials led by Chavan had recently visited Uttar Pradesh and Gujarat, where the law has been enacted, to study its implementation.