A probe will be conducted by a retired judge into the lathi-charge on August 28 and will also ascertain the role of IAS officer Ayush Sinha, who asked the police to 'break the heads' of farmers. 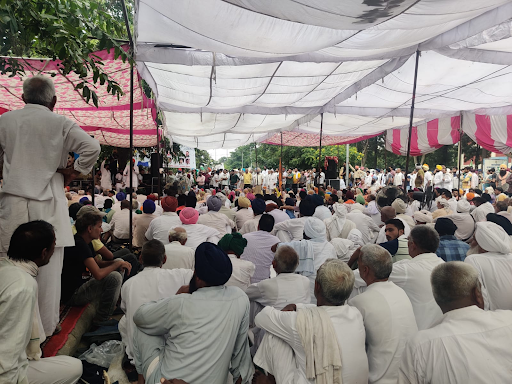 Karnal, Haryana: Farmers protesting at Karnal in Haryana have called off the sit-in protest at the mini-secretariat after the Haryana government accepted their major demands.

The farmers, in thousands, were sitting at the mini-secretariat demanding action against IAS officer Ayush Sinha, who had ordered a lathi-charge on a group of protesters. He was the sub-divisional magistrate when the incident occurred.

A video went viral on social media after the lathi charge, where Sinha can be seen asking cops to “smash the heads” of protesters breaking down the barricades.

These protesters, on August 28, were protesting an event that was being attended by Haryana chief minister Manohar Lal Khattar. He represents Karnal in the Haryana assembly. 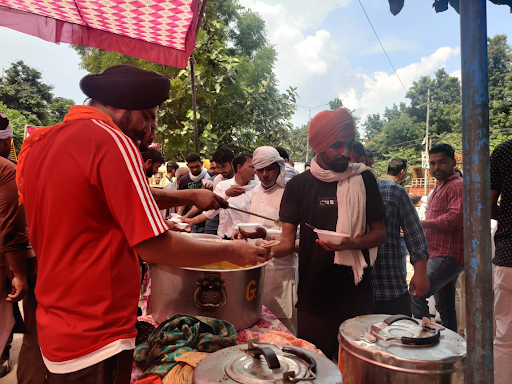 The demands that have been accepted include that then sub-divisional magistrate (SDM) Ayush Sinha, who was caught on camera ordering police personnel to “smash” the heads of farmers if need be, to go on a month’s leave.

An investigation will be launched into his role in the police lathi-charge on August 28 in Karnal’s Bastara toll plaza that left several farmers injured. Farmer leaders have said that 47-year-old farmer Sushil Kajal died due to injuries sustained in the lathi charge.

The administration, however, had said that the farmer had died of a heart attack, while the family alleged that he had no history of heart complications and blamed the Haryana police.

The Haryana government has also agreed to provide two members of Sushil Kajal’s family with deputy commissioner-level jobs within a week.

Sushil Kajal’s wife told The Wire that she was happy that an investigation had been ordered into SDM Sinha’s actions, who she says should be tried for her husband’s “murder”. 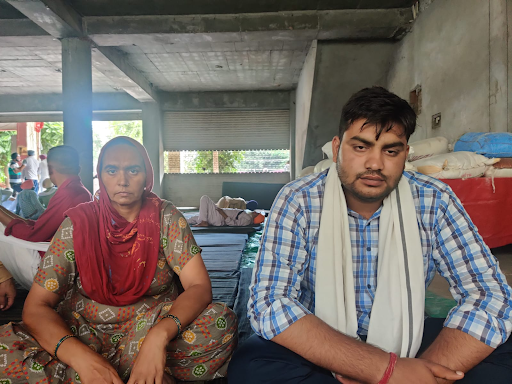 “But more than all that, I was happy that my husband, who had dedicated each day of his life to the farmers’ protest since the day it started – was respected enough that all of Karnal stood with me and demanded justice for us after his untimely death,” she told The Wire.

Sahil Kajal, Sushil’s 24-year-old son, told The Wire that he will take up the job as soon as it is offered to him.

Thousands of farmers had been protesting outside the mini-secretariat in Karnal since Tuesday, September 7. The number of tents kept increasing every day and the crowd was progressively swelling.

Several school and college students from around Karnal were also frequenting the protest. Women from nearby areas would also join. 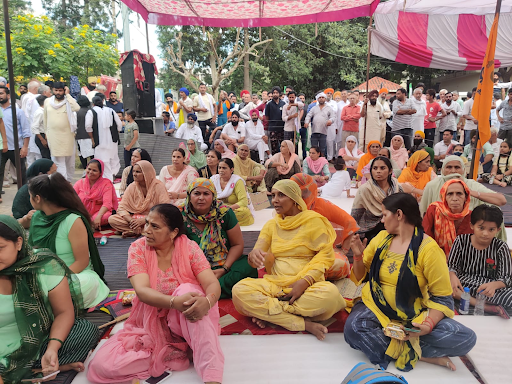 “Since the first day itself, we had been serving 5,000-7,000 people a day in order to show support to our farmer brother who got martyred after police brutality, Sushil,” one farmer serving the langar had told The Wire on Friday.

Farmers – mainly from Punjab, Haryana and Uttar Pradesh – have been protesting for the past ten months over the three farm laws enacted by the Union government in September 2020. They worry that these legislations will lead to the end of the minimum support price (MSP) regime and mandis.

Sukrampal Beniwal, a BKU member who participated in the protest at Karnal, said that the protest, though short, will have a long-term political impact in Haryana.

“All farmers are already angry with BJP. Slowly, all others in Haryana too will understand this, and BJP will have a hard time coming to power here again,” he said while speaking to The Wire.

Assembly elections in the state are scheduled much later, in 2024.

The state government led by the BJP-JJP coalition has adopted several measures to deter the protesters, including imposing Section 144 CrPC, suspension of internet services and deploying Rapid Action Force, and putting blockades across the roads.

Bharatiya Kisan Union (BKU) leader Rakesh Tikait, on September 7, was among those who made the announcement of an indefinite sit-in. Yogender Yadav, in a tweet, pointed out that talks with the Khattar government had failed.

“Just like the Kauravas’ refused to part with five villages, the Khattar government has refused to accept even our minimum demands,” he said.

Other senior Samyukt Kisan Morcha (SKM) leaders including Balbir Singh Rajewal, Darshan Pal and Gurnam Singh Chaduni were among those who led farmers into the city after attending a Kisan Mahapanchayat in Uttar Pradesh’s Muzaffarnagar on September 5. 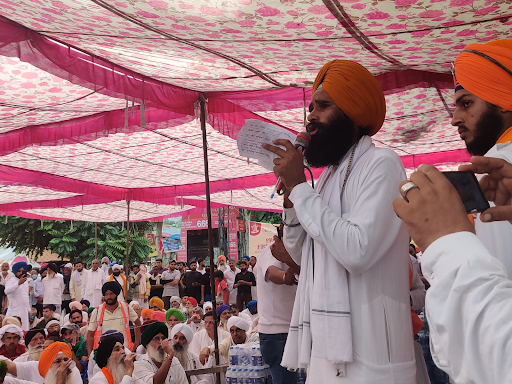 Charanjeet, ex-sarpanch from Haryana’s Sileru, expressed relief after the protest at Karnal ended, even though he was a regular participant. “This protest had emerged as a branch of the main protests on Delhi borders. It may have diverted us from the main issue, which is the demand to repeal the three farm laws” he said.

The demand of Rs 25 lakh compensation for the deceased farmer Sushil Kajal was not fulfilled.

Suresh Koth, a farmer leader who is an active member in the farmers’ protests, said that the farmers are satisfied and will now focus on strengthening the protests at the borders of Delhi.

“Our major demands have been accepted and if our martyred farmer’s family is satisfied, who are we to be unhappy? The most important thing was action against the SDM, and that has been ensured,” he told The Wire.