The former head of Amnesty International India says that given Modi’s enormous power, he had an unrivalled opportunity to transform and change India, which he has squandered. 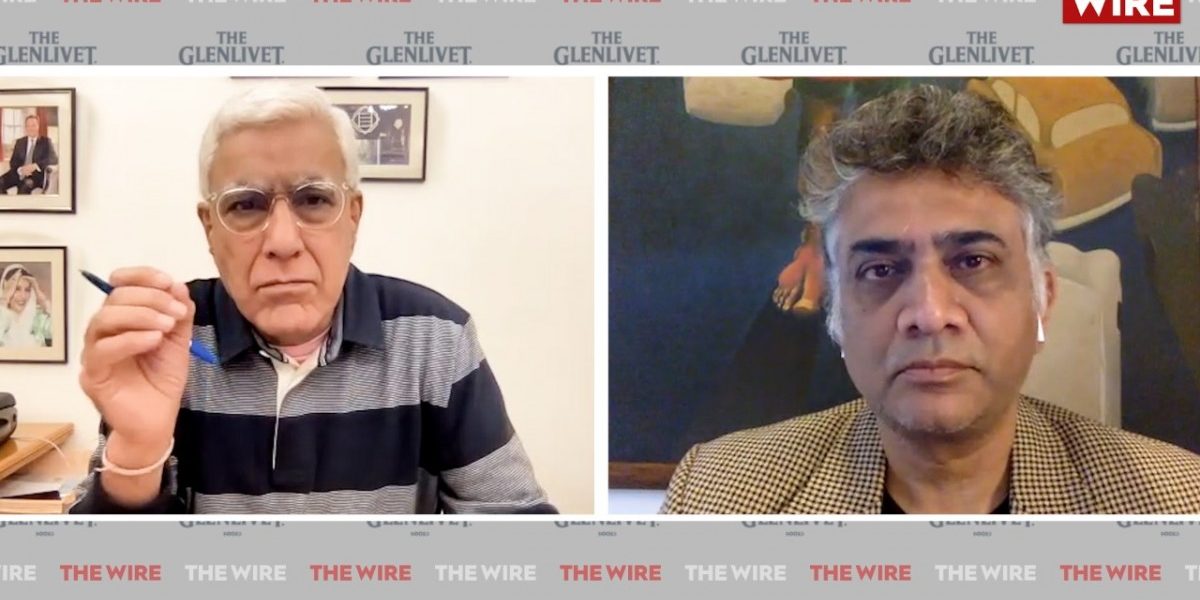 A former executive director of Amnesty International India has said Narendra Modi is impetuous and reckless and often unconcerned about the consequences of the decisions he takes.

In an interview to discuss his recent book Price of the Modi Years, Aakar Patel cited the background details behind the demonetisation decision of 2016 and to declare a nationwide lockdown at four hour’s notice in 2020 to substantiate his point.

In both cases, he argued, the decisions had been taken without consulting his Cabinet colleagues, without seeking advice and without attempting to find out what would be the consequences for the hundreds of millions affected.

In the case of the lockdown, Patel referred to over 200 RTI applications filed by the BBC which substantiate the point he made about the lockdown.

Patel told The Wire, Modi is “decisive, full of certitude, transparent, unlearned, energetic and charismatic … (he has) in particular, a bravado that on occasion transforms into a reluctance to acknowledge facts.” The consequence is the recklessness and impetuosity behind his decision making and the lack of concern for the consequences.

Citing an interview Narendra Modi gave Madhu Kishwar while he was chief minister of Gujarat, Aakar Patel argued that Modi’s attitude to files is cavalier and casual. He does not bother to read them and, therefore, does not make an attempt to inform himself in-depth and detail the issues behind decisions he has to make. Instead, he asks bureaucrats to give him a 2-minute verbal version of what the files contain.

Patel also said, “Modi has no vision for Indian society other than to reject inclusion and the constant manufacture of laws targeting minorities.”

Also read | Book Excerpt: The Many Anti-Muslim Laws Brought in By the Modi Government

Speaking about the impact Modi has had after seven years as Prime Minister, Patel said: “Modi has taken India to a place where political parties do not speak of secularism and pluralism though it is the basic structure of our constitution…we can legitimately call it the ‘Modi effect’.”

“The record leaves little room for debate or dispute. The scale and rapidity of decline in governance after 2014 is manifest. India was struggling to keep up with the world and sinking on several fronts…India deteriorated under Modi across the spectrum of governance in ways that are noticeable and objectively measurable.”

Asked specifically by The Wire whether this means he considers Modi as Prime Minister a failure, Patel replied: “Absolutely”.

However, Aakar Patel says the flip side is that Modi is “the most popular leader in the country”. He added: “He is adored in a way I have seen no other politician adored in the last 50 years”.

Aakar Patel said that Modi’s undimmed popularity can be explained on the grounds that what he did or did not do in 2002 has “validated” him “forever”. “Even if…(people) acknowledge arguable failure on the side of governance, Modi…(is) delivering…what they want on the side of identity and passion.”

However, Patel added that given Modi’s enormous power and the adoration of crores and the absence of opposition he had an unrivalled opportunity to transform and change India, which he has squandered.

The consequence, Patel says, is “India has likely forever missed the opportunity to join the ranks of the developed countries.” This is because “the failure of the Modi years” has coincided with the years when India should have seen “demographic growth”. Consequently, he says, India “will likely remain at the low end of the middle-income trap”.