The Supreme Court Must Be Above Suspicion – But Is It?

Questions of legality and propriety loom over the Supreme Court's investigation of Kalikho Pul's letter by judges implicated in it. 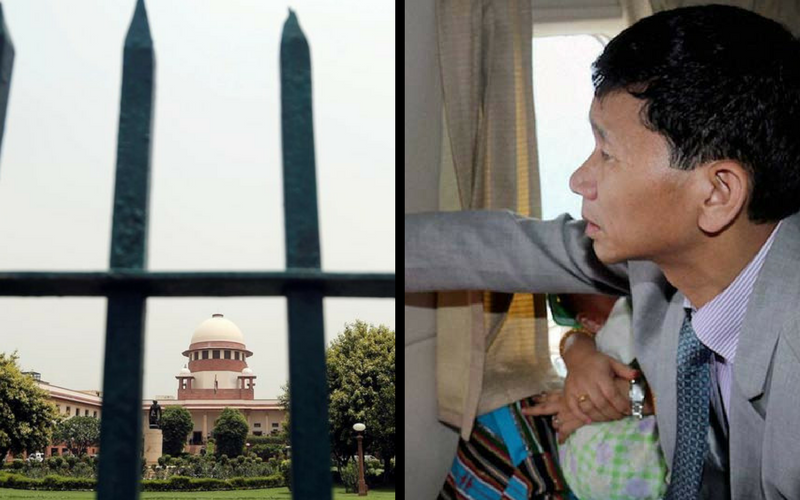 Kalikho Pul’s case shows how the Supreme Court is anxious to protect itself. Credit: PTI

At the Roman Festival of Bona Dea, a woman-only ceremony in ancient Rome, a politician Clodius managed to enter, disguised as a woman. His purpose, unbeknownst to most, was to attempt to seduce Pompeia, Julius Caesar’s wife. Though Pompeia had little inkling of this, Caesar nonetheless divorced her. His reason –“even Caesar’s wife must be above suspicion” – might seem an extreme and puritanical norm of propriety. But it is a norm that the Supreme Court of India has used extensively to demand propriety from members of public service commissions, state politicians, public prosecutors and even selection authorities for engineering exams. However, when an extraordinary allegation is currently pending against two former chief justices of India (CJIs), the present chief justice of India and the senior-most puisne judge of the Supreme Court, next in line to be chief justice, the court and its conscience-keepers are surprisingly silent.

Kalikho Pul, the former chief minister of Arunachal Pradesh, died leaving a long note talking about his early life, political career and the endemic nature of corruption in high places in the country. In the note, Kalikho alleged four instances of judicial corruption. He stated that a son of the present chief justice, as well as a certain Ram Avtar Sharma, approached his associates and demanded Rs 49 crore. He also said Aditya Misra, the brother of Justice Dipak Misra, demanded Rs 37 crore. Kalikho also said former chief justices H.L. Dattu and Altamas Kabir took bribes of Rs 28 crore and Rs 36 crore respectively. All these approaches and bribes were with a view to securing favourable judicial orders.

In the aftermath of the Supreme Court judgment on the trust vote in the Arunachal Pradesh assembly, which went against Kalikho, these charges may ultimately turn out to be allegations made by a losing litigant. However, when such allegations are made in considerable detail, with the names and the exact amounts asked for, by a long-term public servant and someone who sacrificed his own life to lend credence to his views, the claims deserve greater respect, or at least due process.

Unfortunately, a curious set of events ensued once Dangwimsai Pul, Kalikho’s wife, wrote a letter to the CJI asking for his sanction to proceed with a police investigation into the contents of the letter. In a surprising move, the letter was converted, presumably by the CJI himself, since he is the master of the roster, into a criminal writ petition to be heard by the Supreme Court on the judicial side. This was clearly contrary to the judgment of the Supreme Court in K. Veeraswami vs Union of India and Others where the court held that if a complaint is made against the CJI, another “appropriate judge” would be the sanctioning authority. Further, the CJI’s decision to convert Kalikho’s letter to a criminal writ petition was absurd, since there was no evidence of a dispute that required judicial resolution. To convert a simple letter requiring administrative action according to the law into a petition on the judicial side was both unlawful and unusual.

But the critical question in this case is not one of legality — it is of propriety. In matters involving high functionaries of state, the Supreme Court has often ordered special investigation teams to uncover the truth, free of political interference. The SIT into the coal scam is a prominent recent example. In instances of judicial misconduct, the Supreme Court collegium has requested judges who are suspected of corruption hangs to go on leave until the investigation is completed. Such a request was made to Justice P.D. Dinakaran, then chief justice of the Karnataka high court, when senior members of the Bar had made grave charges of misconduct. But it appears that the same principles of propriety do not apply to the Supreme Court itself. With great respect, one might have ordinarily expected the CJI to not exercise any authority, administrative or otherwise, in a matter where he has been, rightly or wrongly, implicated. Further, propriety might equally demand that the judges who are implicated go on leave, facilitating a free and fair investigation into the matter, if sanction is accorded. But in a telling indictment of the degradation of norms of propriety in the higher judiciary, this appears to be wishful thinking.

On the contrary, both judges are continuing to lay down the law of the land for scores of litigants before them and the country at large. This raises serious questions of the independence of the judiciary. The Supreme Court has been zealously protective of its own independence – even the slightest whiff of governmental involvement in appointments or transfers is frowned upon, or declared unconstitutional. However in a grave situation, as the current one, when investigating agencies under the supervision of the government have discretion whether to register a case against the named judges and the president on the aid and advice of the government (who must accord formal permission to permit the case to go ahead), not even the slightest move is taken by the court to protect its own independence. Scarcely has the rule of law been damaged so severely by judicial inaction. In the process, judicial independence is a casualty — seeming like a strategic sword to be wielded by the judiciary when its turf, rather than its actual impartiality, is under threat.

Ultimately, this is not a question limited to four judges and the allegations made against them. It is a question about preserving the moral authority of the court. If the Supreme Court genuinely believes that Caesar’s wife has to be above suspicion, then it is time to practice what it preaches. As Fali Nariman reminded us, “the citadel never falls, except from within”. Today, it appears to not just be falling but hurtling down. But the Supreme Court chooses to remain silent.