Justice A.P. Shah: Powerful Executive Has Sidelined All Institutions, This is How Democracy Dies

Despite serious aberrations in the past, such as during the Emergency, the judiciary has always managed to restore the people’s faith in the institution. But, today, the judiciary appears once again to be failing us. 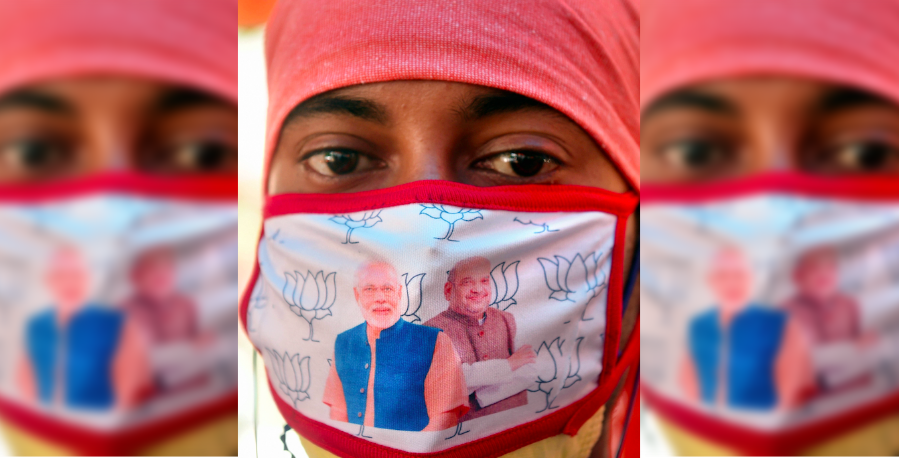 The executive, as represented by the prime minister and home minister, seems to be the only institution still functioning at full strength. Photo: PTI 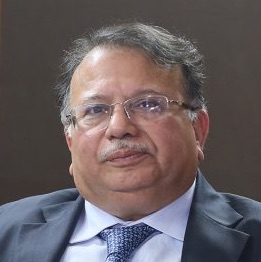 The budget session of parliament began this year on January 31, 2020. Coincidentally, this was also one day after the World Health Organisation announced the COVID-19 pandemic to be a public health emergency of international concern. Originally scheduled to run till April 2, parliament decided to adjourn sine die on March 23, after just 23 sittings, with no signs of activation since.

Contrast this with how other jurisdictions have been operating in this time of crisis: the United Kingdom, Canada, the European Parliament – all have made procedural changes that enable holding hybrid or complete virtual sessions of parliament, with some members being physically present in the house, and others participating through video conference. These jurisdictions also have provision for remote voting to ensure that legislative business continues uninterrupted to the extent possible. Many other countries are working similarly, such as France, Italy, Argentina, Brazil, Chile, Australia and New Zealand. Spain – one of the countries worst affected by the pandemic– also ensured that legislative work went on. The People’s Majlis, which is the Maldives parliament, is using video conferencing technology to hold virtual sessions. Mohamed Nasheed, the speaker, sums it up perfectly, when he says, “Parliaments worldwide cannot just stop representing their people during this crisis. The institutions of democracy must continue to function.”

It is not as though parliamentarians cannot work virtually in India: The joint committee on salary and allowances already met on April 6, and recommended a 30% reduction in the constituency and office allowances of MPs. If they can meet online to discuss these kinds of issues, surely they can also assemble virtually to perform their legislative duty as elected representatives?

Role of parliament and executive

At this stage, it is useful to understand what the role of the various arms of the state was intended to be. The constituent assembly, with their experience of colonial India, had a deep mistrust of executive autocracy, and instead, believed more in the sanctity of the legislature as the protector of people’s rights. In parliamentary systems, the executive is accountable to the legislature, where the actions of the executive are subject to scrutiny on a daily as well as periodic basis. A host of tools are employed for this, such as questions, resolutions, no-confidence motions, and debates. This is in addition to the oversight of the laws and executive actions by various parliamentary committees. There’s a secondary round of accountability and assessment of all these actions through elections held periodically, every five years. It was precisely this electoral process that forced someone like Indira Gandhi out of the office of the prime minister in 1977, and voted her back in, in 1980. With parliament, the upper house, or the Rajya Sabha, has a clearly defined role too: to impose a check on hasty legislation that the Lok Sabha might otherwise be prone to,  and to represent those interests that might not be considered by the Lok Sabha. 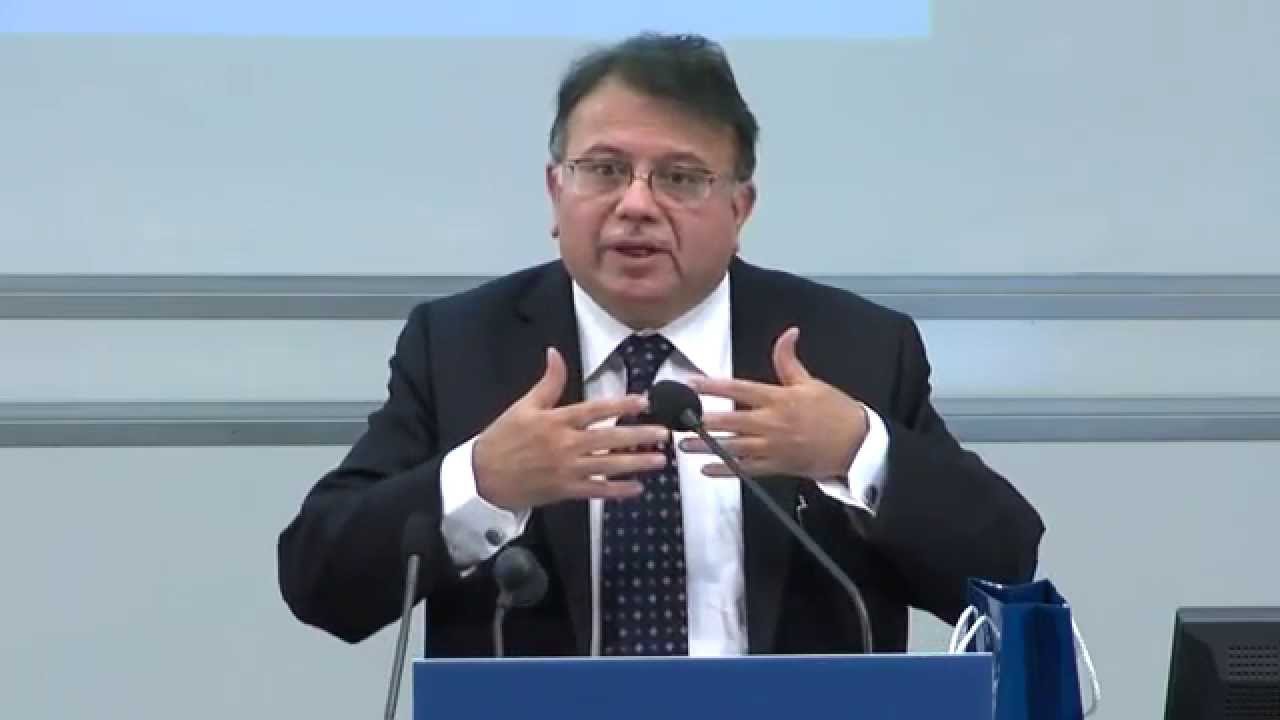 Thus, parliament was always intended to function as a body that keeps the executive in check. It exercises this form of accountability on behalf of the people it represents. Tools and instruments such as questions and debates are used for this purpose. But what happens when parliament itself stops working? Besides failing to provide leadership to the people in a time of crisis, like the pandemic, it compounds the problem of representation and accountability by granting the executive a free rein to do as it pleases. Executive accountability, in these conditions, is a thing of memory, for there is no one to raise any questions about its actions.

The Indian constitution, on paper, checks many boxes of what a liberal, democratic, secular, and egalitarian constitution should look like. With fundamental rights that are fire-walled against interference, fiercely protected by the judiciary, a parliamentary system of government, separation of powers with a truly independent judiciary, and a federal division of responsibilities between the centre and states, the constitution is a document that is the envy of many.

Unfortunately, what we see happening in India today is an insidious takedown of each of these institutions and mechanisms empowered to hold the executive accountable. Since 2014, every effort has been made to systematically destroy these institutions, not necessarily in the blatantly destructive way that the Indira Gandhi government did in the past, but certainly, in ways that have rendered the Indian democratic state practically comatose, and given the executive the upper hand in most matters.

Several examples of this can be given. The non-appointment or non-recognition of a leader of the opposition; and overriding the Rajya Sabha in important decisions by converting bills into “money bills”, which mean that the bills in question can be passed by the Lok Sabha’s approval alone. Also, the act of frequently putting bills to vote without any discussion. Through these, the executive has been allowed to get away with a lot of actions that would ordinarily have not gone unquestioned in another set of circumstances.

Also read: As J&K 4G Ban Is Extended, SC Should Adjudicate and Not Wait For Restoration

Even if the executive has ensured that parliament is weakened to the point of inconsequence, one would have hoped that other entities would have stepped up to the plate and performed their duty of holding the executive accountable. Most notable amongst these, obviously, is the judiciary. We have always prided ourselves in, and boasted of, India’s independent judiciary. Despite serious aberrations in the past, such as during the Emergency, the judiciary has always somehow managed to restore the people’s faith in the institution as one that preserves sanity in the chaotic life of the Indian democracy. But, today, the judiciary appears once again to be failing us.

There are many important issues that need to be deliberated upon today. With parliament already so weakened, the Supreme Court would have been the next best space to discuss the Kashmir trifurcation, the constitutional validity of the Citizenship (Amendment) Act, suppression and criminalisation of protests against this law, misuse of draconian laws like sedition and the Unlawful Activities (Prevention) Act, electoral bonds, etc. Sadly, most of these are ignored or brushed aside or mysteriously kept pending for an indefinite period of time.

In some cases, such as that of internet access in Kashmir, the Supreme Court has all but abdicated its role as arbiter, and handed over the matter to an executive-run committee to determine. How such a committee can take an unbiased view on a review of the actions of the executive itself makes no sense at all. Indeed, these are all matters that are not being discussed in any forum of constitutional relevance.

The other authorities and institutions that could have played an important role in these times are also silent. We have heard nothing of the Lokpal since forever. The National Human Rights Commission is dormant and appears to exist only on paper. Investigation agencies seem to be misused at the slightest opportunity. The Reserve Bank of India and the Election Commission of India appear to have been suspiciously compromised. The Central Information Commission is almost non-functional. The list is long and needless to say, very disturbing.

In these conditions, we are left to fall back on the third category of those who are equipped to hold the executive accountable – in the form of academia, the press, and civil society. Each of these too, sadly, has been systematically destroyed or silenced. Universities are under attack daily, whether it is students being accused of rioting, or teachers being accused of criminal conspiracy. The idea of an unbiased mainstream fourth estate in India died its death a long time ago. Now, with moves like the media policy in Kashmir, the concept of an independent free media is also dying. And civil society is being slowly but surely strangled, through various ways.

Also Read: The Problem With Thinking India’s COVID-19 Recovery Rate Is a Mark of Success

The source of these attacks is unquestionably the current executive, and the underlying strategy in the attack against these entities is to suffer no difference of opinion. Those of even limited influence found voicing opinions that are contradictory to the ruling party’s view are subject to the worst form of scrutiny and even punishment. The principle appears to be that all dissent must be silenced.

Today, with only the executive conducting its operations, and with every other institution systematically sidelined, we are moving towards a form of elected autocracy. And indeed, as many scholars have reminded us time and again, this is how democracies die.

It is not just in India, but in other parts of the world too. When the pandemic first came about, there were many who feared that this would be used to suppress dissent and consolidate power. This is exactly what is happening in India: the central executive has become all-powerful, and all accountability mechanisms are diluted.

In these conditions, there is no option left but for the people of the country to raise their voices. We must keep speaking out, and keep speaking up. Our aim must be to revive the liberal democratic state of India that we are so proud of. Failing this, we run the risk of allowing ourselves to be overrun by an overzealous and unchecked executive, which has unimaginable consequences. 74 years after independence, it is the least we can do for ourselves and our future generations.

Justice A.P. Shah is a former chief justice of the Delhi high court.