The commission's premises in Srinagar and Jammu are central and easily accessible to vulnerable women. The State Law Commission, which is taking them over, is not a public dealing office. 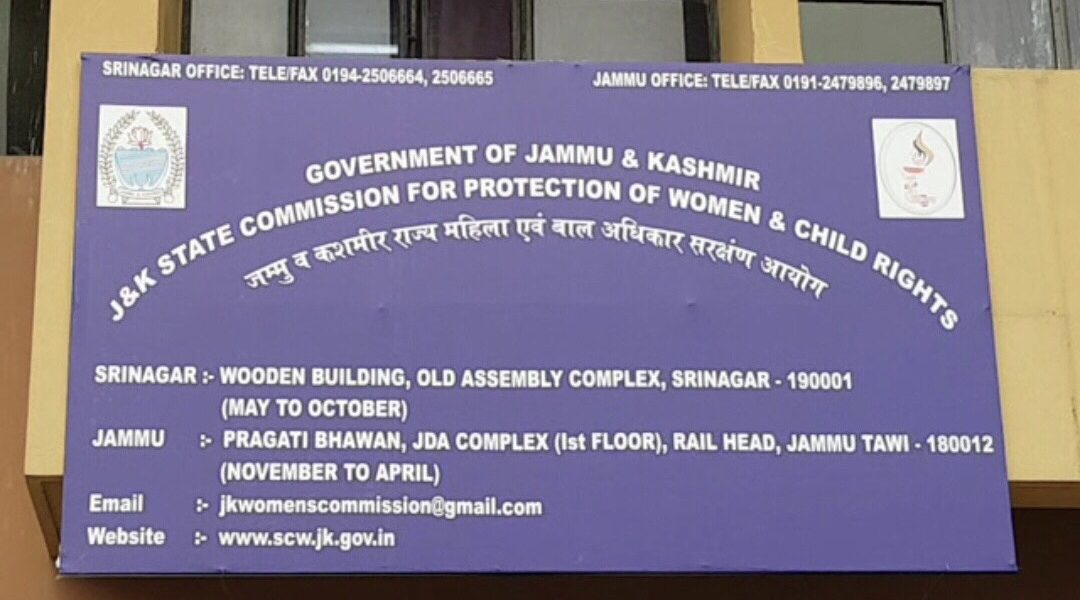 Jammu: The Jammu and Kashmir State Commission for Protection of Women and Child Rights has been ordered by the state government to vacate its premises, in the twin capital cities of Srinagar and Jammu, allegedly under pressure from a retired high court judge, who will be taking over the premises in his role at the State Law Commission.

The state is presently under President’s Rule, with governor Satya Pal Malik and his council of advisors running the day-to-day affairs of the government.

The Women and Child Rights Commission has been instructed to vacate its premises, both at Bahu Plaza in Jammu and the Old Assembly Complex in Srinagar, “with immediate effect”.

“Without even arranging an accommodation first, as per the usual procedure, we have been told to vacate,” said an official in the commission. “Our commission is already working with much difficulty without a chairperson. Now we are being thrown out of the building too.”

Sources said that the order shows the influence on the governor’s office of retired Justice M.K. Hanjura, who has not only been rehabilitated after his retirement, but was also seeking ‘good accommodation’ for his new office.

“M K Hanjura was the registrar of High Court for a long time,” one source in the state government, who asked to remain anonymous, told The Wire. “He’s influential and has friends in the State Govt as well as in the Law Department.”

Justice Hanjura retired in October 2018 and was quickly nominated as the founding chairperson of the Jammu and Kashmir State Law Commission.

This brings into question the sincerity of the governor’s office about women’s and child issues. Both offices, at Jammu and Srinagar, deal with hundreds of members of the general public, who can visit with their grievances. In the absence of centrally located offices, sources said, vulnerable women and children could have difficulty reaching the offices to seek support.

The State Law Commission, which has been newly constituted, is not a public dealing office and could be established at any other accommodation.

The building in which the Jammu Office is located also houses the Kissan Board and the state Scheduled Caste Commission.