Irfan Ahmad Dar (23) died in September 2020 after he was picked up by police. He was dubbed as an overground worker for militants by the police, a claim which his family denies.

Srinagar: Jammu and Kashmir Police has refused to provide the post-mortem of 23-year-old Irfan Ahmad Dar, who died after being picked up by police in September last year in north Kashmir’s Sopore town, to his family, saying it will impede the investigation in the case.

Irfan’s death had sparked off protests in the town, with his family accusing the police of killing him in custody. However, the police had claimed that he was an overground worker (OGW) for militants and his dead body was found after he escaped from their custody.

The police officer, designated as public information officer (PIO) by the police district Sopore under the Right to Information Act, has denied the family access to the slain’s post-mortem report, saying disclosure of such information will hamper investigation in the case.

“Refer your application dated 08-02-2021 where-under you have sought postmortem report of deceased Irfan Ahmad Dar S/O Muhammad Akbar R/O Sideeq Colony Sopore. I have perused your application and (I) am of the opinion that the disclosure of the information will impede the investigation. As such, the information asked by you is denied under section 8(h) of the Act,” reads the PIO’s order on an application filed under the RTI Act by Javed Akbar Dar, brother of deceased Irfan.

“You can make an appeal against this denial before First Appellate Authority i.e. Sr. Superintendent of Police Sopore,” it further states.

Speaking to The Wire, Javed alleged that the authorities are refusing to share the report because they know the lies peddled by them to cover the killing of his brother will be exposed.

“Why are they not making the inquiry report as well as the post-mortem report public? Why are they concealing facts? I know they won’t make these reports public because their crime will be exposed,” he alleged.

Advocate Shafqat Nazir, lawyer of the family, said that authorities cannot deny access to the post-mortem to the family. “Since the copy of the postmortem report cannot be denied to the family of the deceased under Section 8 of the RTI Act, 2005, therefore, we will file an appeal against denial of information before the appellate authority,” he said.

In 2011, the Central Information Commission had ruled that access to a postmortem report cannot be denied under the RTI Act. 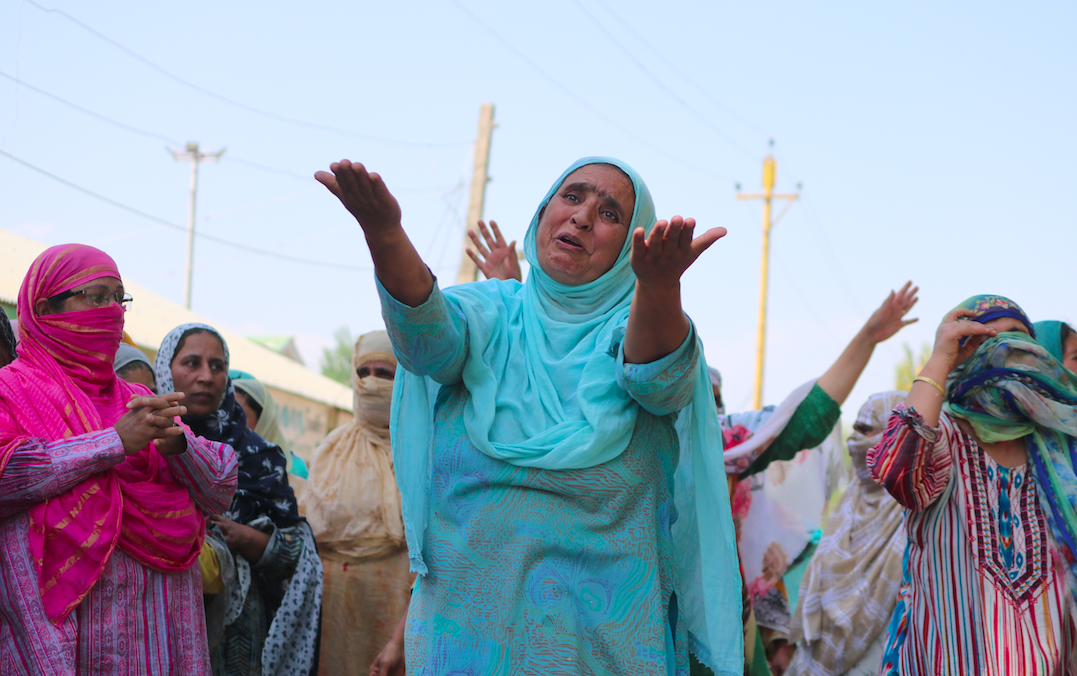 Section 8(1)(h) of the RTI Act exempts “information which would impede the process of investigation or apprehension or prosecution of offender”.

On September 15 last year, at around 12:30 pm, members of the Jammu and Kashmir Police’s Special Operation Group (SOG) raided the house of Irfan, a 23-year-old shopkeeper living at Sidiq Colony in the Sopore town.

Irfan was arrested from the shop he owned, adjacent to his house.

At around 3:30 pm, the SOG again raided his house.  This time, the police detained his 30-year-old brother, Javid, and took him to the SOG camp, located at Townhall in Sopore. Javid was released later that night but on the morning of September 16, the family came to know that Irfan died.

The police had claimed that Irfan was an overground worker of militants, and his dead body was found after he had “escaped taking advantage of darkness and terrain” when they had taken him to a place for “some more recovery”.

According to a statement issued by police, Irfan was arrested on September 15 and two hand grenades were recovered from him.

“During the course of the investigation, a police team visited Chairdaji area of Tujjar-Sharief (village) along with the OGW for effecting some more recovery on the disclosure of the OGW. In the meanwhile, the OGW while taking advantage of darkness and terrain managed to escape… and during search, the body of OGW was found near a stone quarry of Tujjar-Sharief,” the police said.

The family contested the police version, saying that Irfan was killed in custody by police and he had no links with militancy.

The post-mortem of the body was conducted at Police hospital Srinagar and was buried at Sonamarg in Ganderbal, 100 kilometres away from their home.

Since the outbreak of COVID-19, the authorities in J&K have quietly buried the bodies of militants killed in gunfights at Sonmarg in Ganderbal district or at Gantamulla in Baramulla.

The family has also filed a petition in Jammu and Kashmir high court, seeking a copy of a magisterial inquiry report and filing of FIR into the alleged custodial death.

In the petition, the family has sought a copy of the magisterial inquiry report conducted by additional deputy commissioner, Baramulla, on the directions of the district magistrate.

The district magistrate Baramulla had ordered a probe into the death after the family members of the deceased alleged that he was killed in custody.

In the petition, the family says that Irfan’s death took place in highly “suspicious circumstances” and “he bore visible torture marks all over his body including head, chest and limbs. There were visible and apparent burn injuries over the body of the deceased.”

“All this strengthens the belief of the (petitioners) in the fact that the deceased was tortured to death in police custody and then a story was cooked up with regard to alleged recoveries and alleged efforts of the deceased to run away from custody,” the petition states.