More than 25,000 people have been granted domicile rights after the Centre changed the law to allow non-locals to buy property, including land, and apply for jobs in J&K.

Srinagar: A senior IAS officer from Bihar has become the first among bureaucrats to get domicile rights in Jammu and Kashmir after the Centre changed the laws to grant residency privileges to different categories of non-locals in the Union territory.

Navin Kumar Choudhary, a J&K cadre officer who is presently posted as principal secretary of the agriculture production department, has been issued the domicile certificate from Jammu.

“This is to certify, Shri Navin K Choudhary son of Shri Deokant Choudhary resident of, at present, Gandhi Nagar Jammu is a domicile of UT of J&K,” reads the certificate issued by tehsildar of Jammu’s Bahu area.

The domicile status certificate allows non-local officials and employees and their kin, as well as different categories of people to buy property, including land, and apply for jobs in J&K. 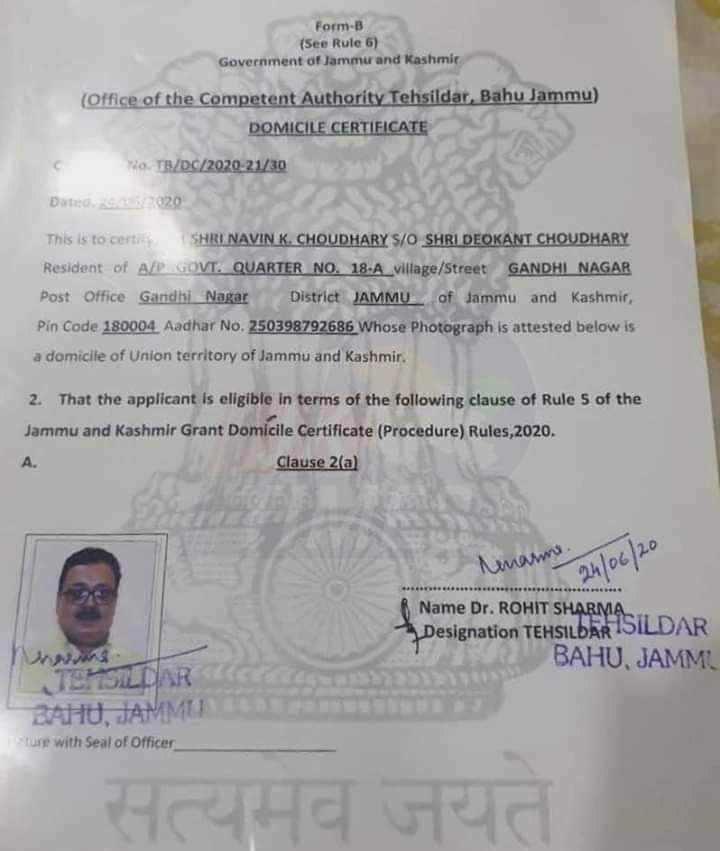 These rights were reserved only for permanent residents of the erstwhile state of J&K prior to August 5, 2019, when the Centre revoked the region’s special status.

“I was eligible to apply for the domicile certificate,” Choudhary told the Wire.

A resident of Darbhanga district of Bihar, Choudhary said he has been serving in the J&K government for the past 26 years. His first posting was as assistant commissioner of Srinagar.

“There are two benefits of the domicile certificate – apply for jobs and own a house (property) in J&K,” he said. “But I already having a job and I own a house in Gurgaon.”

Kumar’s domicile was granted under the Jammu and Kashmir Grant of Domicile Certificate (Procedure) Rules, 2020, which were notified by the administration on May 18.

These new rules were introduced after the Centre abolished the Permanent Residence Certificate (PRC) under which only permanent residents of J&K were entitled to enjoy the rights to own property, apply for jobs and seek admission in J&K’s educational institutions.

The PRC was defined under Article 35A. It was replaced with the domicile certificate, after the government of India read down Article 370 and Article 35A on August 5 last year.

Last week, J&K Lt Governor Girish Chandra Murmu launched an e-application to fast-track the issuing of domicile certificates to both locals and non-locals.

The administration has directed locals to produce their Aadhaar numbers and the PRCs to receive the certificate online. The domicile certificate has also been made a basic eligibility condition for admission to educational institutions and professional examinations in J&K.

An order issued by the Union home ministry in April this year said domicile would be granted to anyone who has resided in J&K for 15 years or has studied for seven years and appeared in Class X or Class XII examinations in an educational institution in J&K.

A person who is registered as a migrant with the Relief and Rehabilitation Commissioner (Migrants), as well as children of Central government officials, All India Services, PSUs and autonomous bodies of the Centre who have served in J&K for 10 years, can also apply for domicile. The domicile rights also apply to children of such residents of J&K who reside elsewhere in connection with their employment or business. 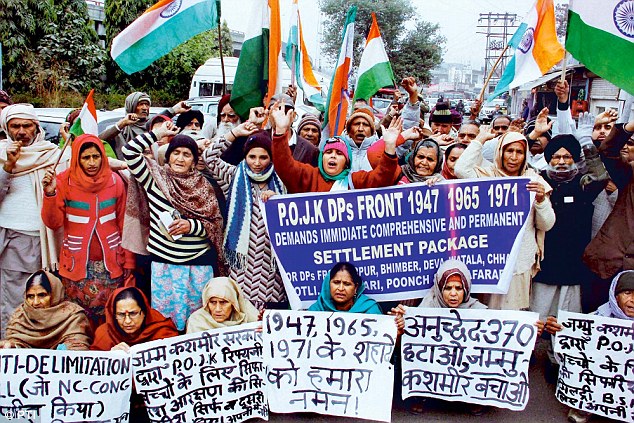 A media report said more than 25,000 people, including West Pakistan Refugees and members from the Valmiki community, have been granted domicile certificates in J&K. There have been 33,157 applications received by the government so far. A majority of these applications – around 32,000 – have been received from 10 districts of Jammu, while 720 applications were submitted in Kashmir.

Last week, a girl from Baramulla district in north Kashmir became the first local to receive the domicile certificate. Aaliya Tariq from Sopore town was handed over the certificate by the district commissioner of Baramulla during an event which was also attended by J&K chief secretary B.V.R. Subrahmanyam through a video conference.

Kashmir-based political parties have opposed the new law saying it is unconstitutional. “This fresh domicile order is an extension of the unconstitutional and undemocratic assault carried out by the BJP government on August 5 last year to change the demography of J&K,” senior CPI(M) leader MY Tarigami said in a statement.