Experiences of citizens are in massive contrast to the prime minister's notion that Common Service Centres are providing ‘anytime-anywhere connectivity and services’. 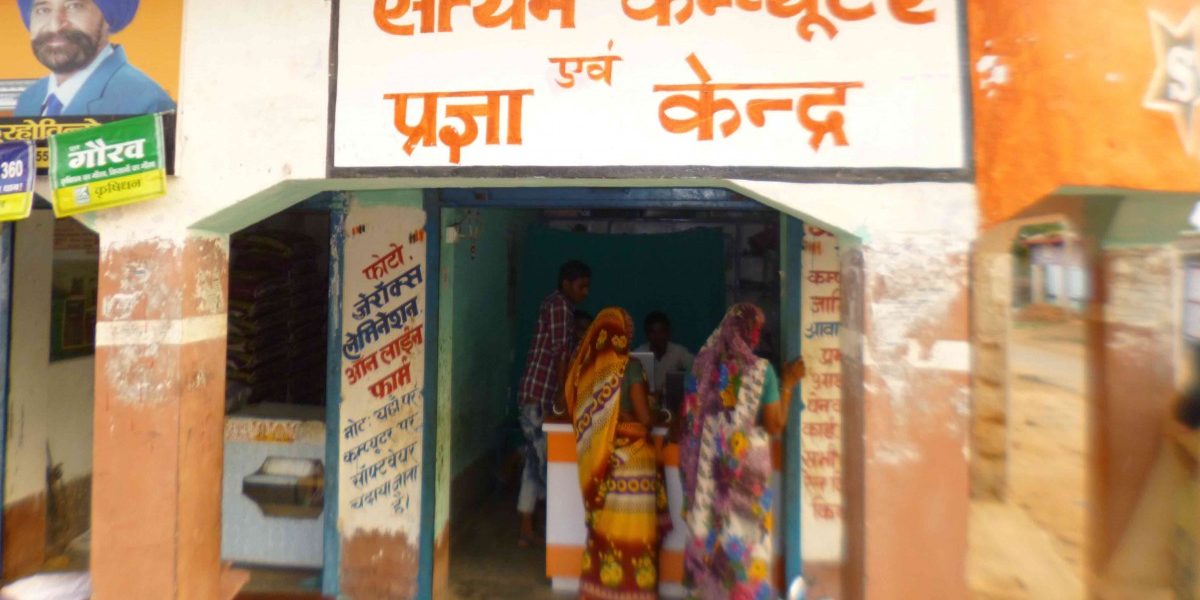 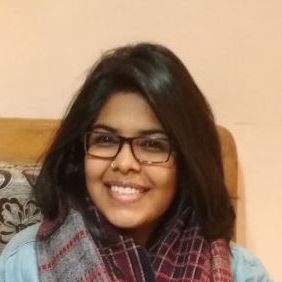 “Didi, iss duniya mein vishwas naam ki koi cheez nahi hai. (There is nothing called trust in this world),” said Alok Marandi*. He is among the many supposed beneficiaries of services provided by Common Service Centres (CSC) under the National e-Governance Plan.

In his 2018 Independence Day speech, Narendra Modi defined these CSCs as “Centres that are rendering ‘anytime-anywhere connectivity’ services to every citizen in villages through optimal utilisation of information technology.” The prime minister’s rhetoric, however, could not be further from the truth.

Marandi has to walk 3-4 hours to reach the closest CSC – called Pragya Kendras (PK) in Jharkhand – to collect his pension. Once there, most of his time is wasted standing in long queues due to poor internet connectivity. At other times, his biometric authentication fails and he is forced to return at a later date.

During the Interim Budget Speech on February 1, Piyush Goyal added to the prime minister’s narrative by mentioning the large-scale employment CSCs provide – “More than 3 lakh Common Service Centres employing about 12 lakh people, are digitally delivering several services to the citizens.”

What he fails to comment on, however, are the functioning, quality or accountability measures required to sustain such centres – without which, the aim of creating ‘Digital Villages’ will remain unfulfilled.

Common Service Centres were rolled out in 2006 with the aim of digitising the delivery of government services through private village-level entrepreneurs (VLEs), who own and operate the CSCs. One of the larger intentions of the programme is to ‘bring public services closer home.’

In 2015, under the ‘Digital India’ programme, the earlier plan was revamped with an updated objective of one CSC per gram panchayat. At first glance, it appears that such a public-private partnership model at the central level would come with many benefits, such as easy access to services for rural citizens and profit incentives for VLEs to these provide services.

A field survey – where the author was a research assistant – was conducted in June 2018 led by Rahul Lahoti and Rajendran Narayanan from Azim Premji University and Inayat Sabhikhi, an independent researcher who is now with Harvard Kennedy School.

The study included ten districts of Jharkhand and sought to assess the effectiveness of the policy across two broad areas – the experience of VLEs in operating the Pragya Kendras, and the citizens’ experience of using them. Over two weeks, student and community volunteers spoke with 401 users and 61 VLEs.

The findings from the survey are unflattering vis-a-vis the prime minister’s claims and his larger promises of job creation.

Despite the promise of an entrepreneurship-based model which incentivises profit, the survey showed that VLEs were unhappy with the present commissions/rates of services. The rates were not enough to cover their initial set-up costs, which amounted to Rs 87,000 on average per kendra.

With a meagre reported earning of Rs 3000 per month, it will take years to even recover their initial set-up cost, let alone live sustainably.

Further, such low earnings have been the cause of VLEs overcharging customers. While this practice has been acknowledged, there has been no attempt by the government to address it. 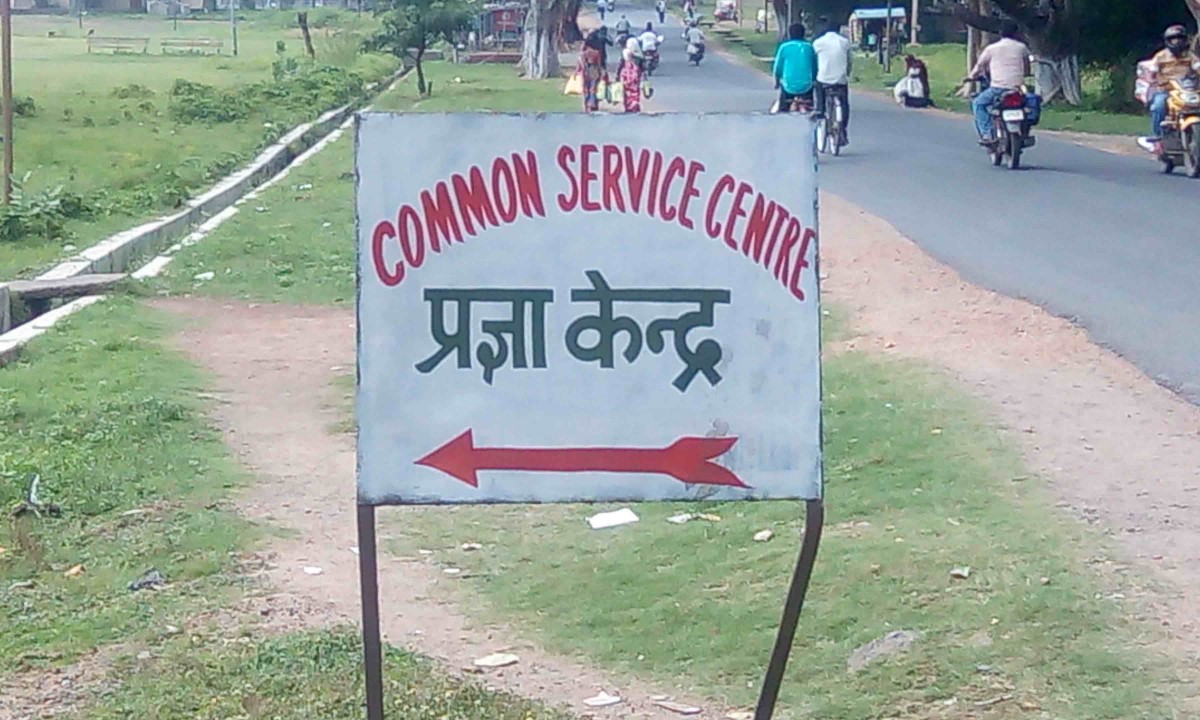 Owing to the low earnings, nearly 90% of the VLEs said they prefer a fixed-salary model with a minimum amount of Rs 18,000 per month, over the current variable commission model. As per one VLE, Rahul Kumar*: “Agar salary mile to free me certificates bana denge. Gaon gaon ja kar bana denge (If we get a salary, we will not just make certificates for free but also home deliver them)”.

It is evident the VLEs want financial stability and do not see a future in this model.

The citizens’ experiences are in massive contrast to the prime minister’s notion that these centres are providing ‘anytime-anywhere connectivity and services’. The results highlighted that one in every four users could not use the kendra closest to them due to electricity/network issues.

This poor doorstep delivery of services is amplified by a lack of transparency and accountability. For instance, three out of five users never received a receipt or were unaware of it and three out of four users did not know that they could file a complaint about the same.

Also read: In ‘Digital India’, Not Even 2.5% Panchayats Have Commercial Broadband

More importantly, in the context of Aadhaar failures, 42% of the biometric authentications failed in the first attempt, compelling many to return later.

The survey results are particularly helpful in understanding the conflicting nature of the twin stated objectives of the kendras – social commitment towards citizens and a sense of enterprise for VLEs.

While some citizens might have benefitted, most haven’t. For instance, more than 55% of users said it took longer than expected to get work done and almost all services were overcharged. At the same time, results from the VLE survey made it clear that the current model is not financially sustainable for them. How then are they expected to run a profitable business (as promised to them) as well as serve as agents of socio-economic development? While the government does supposedly maintain an online record of the transactions at the VLE, there has never been an attempt to seek citizen feedback to establish the veracity of the claims made by the VLEs.

Essentially then, instead of serving the interests of citizens and VLEs – the two most important stakeholders in the process of service delivery – the CSC policy has placed them at odds. Furthermore, the goal of any new government policy should not be to regress and embody the shortcomings of previous delivery systems.

As in this case, with the introduction of Pragya Kendras, Marandi should not be standing in the same long queue he previously experienced at banks. His pension should be readily available to him at the beginning of every month at his Panchayat Bhawan. Pragya Kendra located inside the Panchayat Bhawan, as per the CSC guidelines. Credit: Student volunteer

Unfortunately, the introduction of PKs not only epitomises the problems in previous delivery systems but also creates more complex ones such as the regular failure of biometric authentication.

To build upon these shortcomings, stakeholders and the public came together to suggest recommendations at a post-survey workshop in Jharkhand. A key reform that emerged here was, the CSC policy of “single door” should be expanded to a “no wrong door”, i.e rather than being a substitute with other options closed off, it should be a genuine centre where people like Marandi can access information, apply for benefits, expect services on time and should definitely not be turned away.

The programme can be transformed if backed by supporting infrastructures like public data on services, technology interfaces in Hindi and local languages, bringing service delivery through CSCs under existing legal frameworks like the Right to Guaranteed Services Act, regular updates on software changes in a systematic manner and free government services.