While the district administrations, where the drives are being carried out, claim that they are only targeting illegal properties, victims allege that they had been using those properties for years, and no notice has been served on them.

Srinagar: The ‘unexpected’ demolition drives conducted by the Jammu and Kashmir administration in different areas of the Kashmir Valley this bone-chilling winter have rendered hundreds of people homeless and jobless.

The demolition drives are being carried out by teams established by the district magistrates of different areas of Valley after notices had been issued from March onwards, asking people to vacate the land.

According to the authorities, the land on which these homes, shops and business complexes stood had been illegally occupied. However, locals claim that these structures had been in their possession for years and the demolition drives are part of the changes that have been wrought in the Valley since Article 370 was abrogated in August 2019 and Jammu and Kashmir lost its special status.

This March, after the first notices were issued, nearly 50 shops were demolished near the main bus stand in Tral in south Kashmir, rendering dozens of shopkeepers jobless. Some of them have now become street vendors. Thereafter, the outbreak of COVID-19 pandemic and the lockdown paused the demolitions for a while only to resume in November when the district administration in Pulwama brought down houses, shops and business establishments in Awantipora.

As this year’s winter grows ever harsher, locals are upset with the demolitions. “Where will we go? Our houses were demolished mercilessly, though we have been living here since ages,” they say.

Aqib Ahmad had been running his family’s 17-year-old bakery on the old Srinagar-Jammu national highway in Awantipora when, last month, the administration razed his shop to the ground.

“It all happened in 12 hours,” he tells The Wire. “Some officials came to my shop and ordered me to remove my stock, giving me till the next morning to clear the shop. I not only lost a well-built shop but also my hard earned business,” says the 24-year-old.

Made homeless and jobless overnight, Jahangeer Ahmad Bhat of Khar Mode, Awantipora, is now living in two small rooms along with his three children and three brothers. 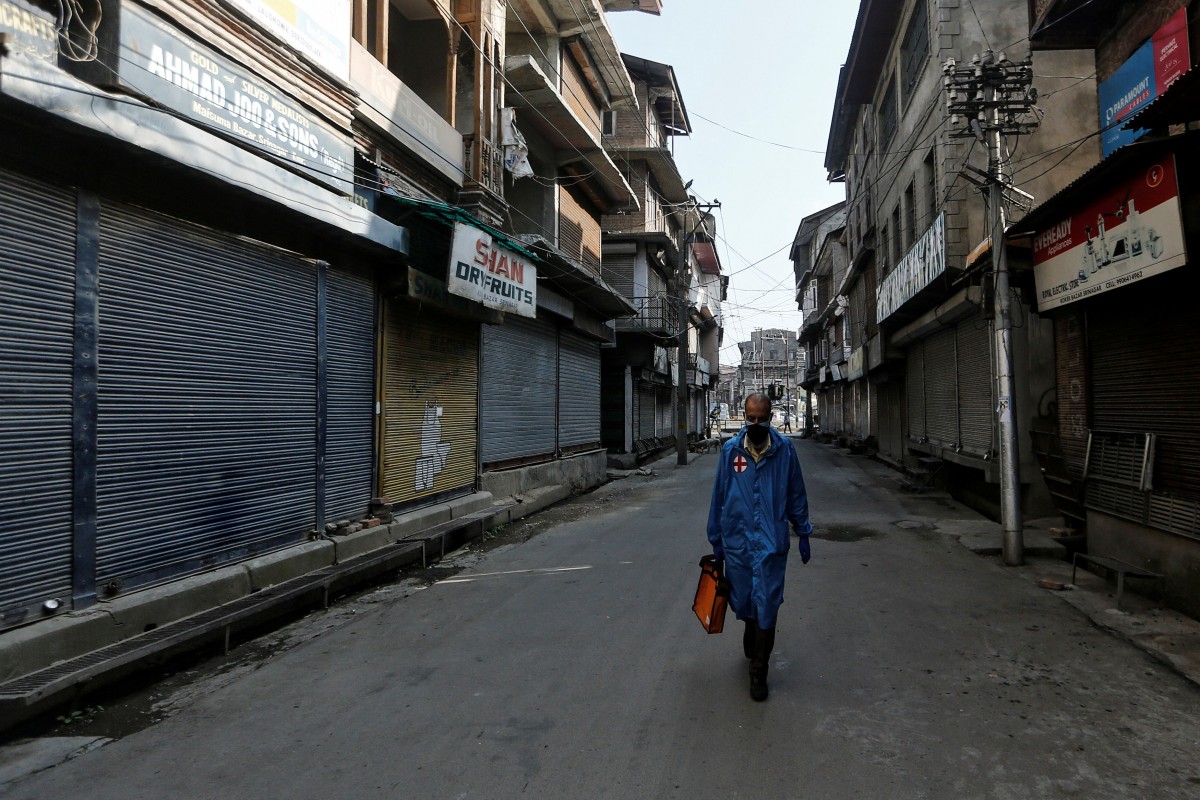 “The demolition of my house as well as the shopping complex has left me agonised. We did not receive any notice from the administration, and within hours, all our structures were razed. This is the worst situation we have ever faced,” 35-year-old Bhat tells The Wire.

Mohammad Shahnawaz of Bijnor, Uttar Pradesh, who has lived with his family at Awantipora for the past eight years, is now without work. He and his family had survived on his earnings from a restaurant he had run.

“There are many poor shopkeepers like me who are badly affected by the demolition drive. These drives have increased unemployment,” he said.

Hasnain Masoodi, National Conference (NC) leader and member of parliament from Anantnag believes that the demolition drives should have been postponed due to Jammu and Kashmir’s harsh winter and the grim COVID-19 situation.

“As if the sufferings of the people on account of successive clampdowns and the COVID-19-induced lockdown were not enough, the government has now taken it upon itself to make people homeless,” says Masoodi.

Also read: The New Land Ownership Laws May Unite Kashmiris Across All

In October, the high court of Jammu and Kashmir had declared the controversial Roshni Act “unconstitutional” and directed that the investigation into the Rs 25,000 crore land allotment scheme under the Act be transferred to the Central Bureau of Investigation.

Weeks after the judgment, the administration of J&K had declared all actions taken under the Jammu & Kashmir State Land (Vesting of Ownership to the Occupants) Act, 2001 as “null and void”.

On November 7, the J&K government stated that a joint team of various departments and the police had “launched an anti-encroachment drive at Mamal, Pahalgam, and retrieved illegally encroached 110 kanals of forest land”.

The statement continued: “The team demolished illegal huts, dokas (wooden shacks) and fencing on the said land.” It added that such drives would continue till “all the state/forest land will be retrieved.”

Sharing a video of the demolitions in Pahalgam, Zahid Parwaz Choudhary, president of the Jammu and Kashmir Gujjar Bakarwal Youth Welfare Conference, tweeted: “I am unable to understand why the Forest Department has started to demolish the Kothas. Neither have we occupied these lands nor do we live there permanently. We live there for six months during summers but why is this being done (sic).”

‘Too afraid to speak’

Images of the demolition drives being carried out in various parts of Kashmir have been drawing widespread attention elsewhere in the country. Most pictures show debris and people looking dismayed and desperate.

All sorts of theories about the purpose of the demolition drives are being generated, including a belief that the locals’ decades-old homes and business establishments are being demolished under the garb of an anti-encroachment drive to pave the way for the settlement of Hindu outsiders.

Also read: Explained: Why the J&K Govt Is Appealing Against the HC’s Order Nullifying Roshni Act

“The Narendra Modi government is driving locals out of their land to hand it over to non-locals. Kashmir’s Muslim population is the sole target of the demolition drive started by the Modi regime with the aim to alter the demography of J&K,” alleges a 22-year-old university student.

This allegation relates to J&K’s new land laws that allow any citizen of India to buy non-agricultural land in the union territory, something that could not be done in the erstwhile state. There has been a sense of fear among the people of J&K ever since the new land policies were introduced. This perhaps is why the people affected by the demolition drives have taken the loss of their homes and sources of livelihood quietly, leaving only netizens and politicians to outrage.

A revenue inspector who has been part of the government’s demolition drive tells The Wire that people have been afraid since Article 370 was abrogated.

“People are scared to speak against government actions. They think any reaction [to the demolitions] may land them in trouble,” he adds.

The administration maintains that the demolition drives aim to evict encroachers and make the development of roads smoother.

“It is to make roads wider that the administration is doing these demolition drives. People are losing their homes and business establishments, but land records show that the properties belong to the state,” a recently retired engineer of J&K’s roads and buildings department tells The Wire.

He adds that none of those affected by the demolitions can file cases in the courts because their properties had been established on state-owned land.