Apart from the 2G speeds, the process is also being slowed down by overburdened officials who are juggling many duties, insiders say. 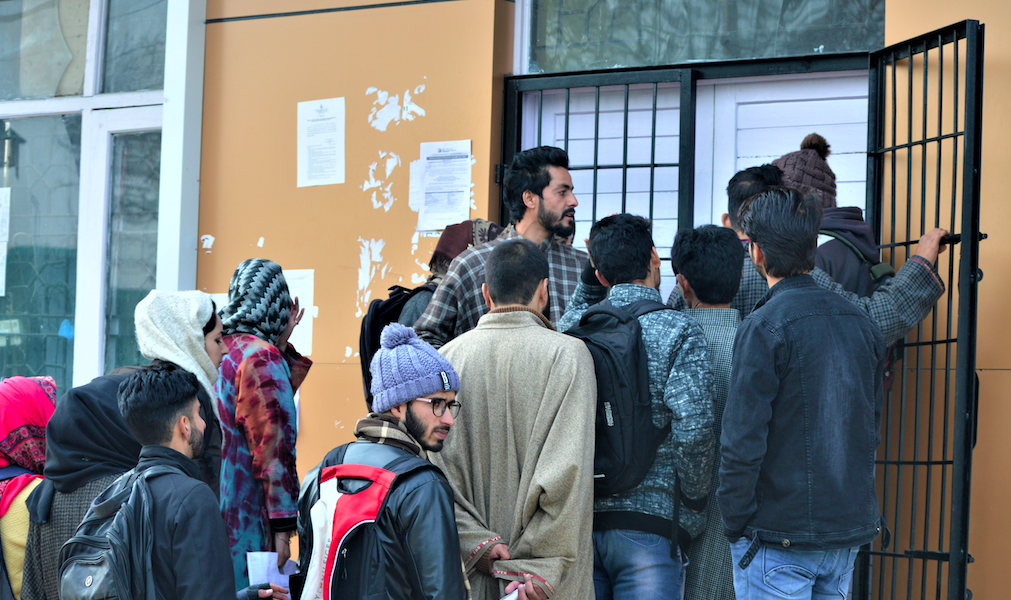 The J&K government last week made it mandatory for its officers to issue domicile certificates to permanent resident certificate (PRC) holders and migrants in just five days, against the earlier deadline of 15 days.

A Kashmir Administrative Officer (KAS) officer posted in south Kashmir told The Wire that issuing a domicile certificate within five days is a “Herculean task”.

“The government has taken us for a ride. We [KAS officers] are already burdened with many duties. Apart from resolving public issues, holding meetings, doing COVID-19 assignments, providing different certificates to the people and maintaining law and order in our jurisdictions, now we have also been assigned the additional task of issuing domicile certificates,” he said adding, “We are human beings, not machines.”

The domicile law entitles PRC holders and non-permanent residents who have residency proof of at least 15 years in J&K to get domicile certificates.

The senior KAS officer termed the lack of high-speed internet services a major hurdle for issuing timely domicile certificates. “Relying on 2G internet service to scrutinise the information of each person, get one time passwords (OTP) and upload e-signatures takes hours. In these circumstances, how is it possible to issue domicile certificates within a few days?” he asked.

Announcing the move on Twitter, the Department of Information and Public Relations said on August 25, “Govt fixes a time limit of 5 working days for issuing a domicile certificate to PRC holders and migrants. Reduces from earlier 15 days. Process made extremely simple.”

The announcement came a day after J&K Lieutenant Governor Manoj Sinha directed the officers concerned to speed up the process of issuance and delivery of domicile certificates in a hassle-free way, as he appreciated the enthusiasm shown by the applicants.

“All pending applicants be provided domicile certificates within 15 days, and deadline of September 10 is being set, after which no long pendency shall be excused and action against the responsible, underperforming officers shall be taken,” Sinha had said, chairing a meeting here to review ongoing development activities in Jammu district.

In May, the government gave officers just seven days to process the verification of certain classes of domicile applications, failing which a penalty of Rs 50,000 would be imposed.

According to sources, hundreds of online domicile forms have not been processed due to many posts of revenue officers lying vacant in various districts. A source inside the revenue department said there are 36 tehsils in J&K without revenue officers and that KAS officers have been tasked with additional charges.

The revenue officers said that they are overburdened and are unable to handle the affairs in multiple tehsils, which not only hamper the official work but cause huge inconvenience to people. Many revenue officers have also delegated the responsibility of scrutinising the domicile applications to their assistants, which is a clear violation of rules.

“The revenue officials are experienced in their fields but the additional charge is a burden on them. It becomes difficult for an official to run two offices simultaneously,” the source said. While the government wants to make these officials accountable, the reality is that they cannot do justice to their duties if they are overburdened, the sources added.

“In view of the COVID-19 pandemic, people are preferring the online mode. They do not want to wait in long queues in government offices to submit the documents required to obtain domicile certificates. But due to the lack of 4G internet services, we have suggested that people apply through the offline mode,” said another south Kashmir based revenue officer, who claimed that no migrant or non-local has yet applied for a domicile certificate in his jurisdiction.

Till August 5, 2019, Article 370 and Article 35A secured certain privileges for local residents. This included complete reservation in local government jobs for permanent residents. On that day, along with the dilution of these Articles, the BJP-led Central government also scrapped the local special citizenship law. 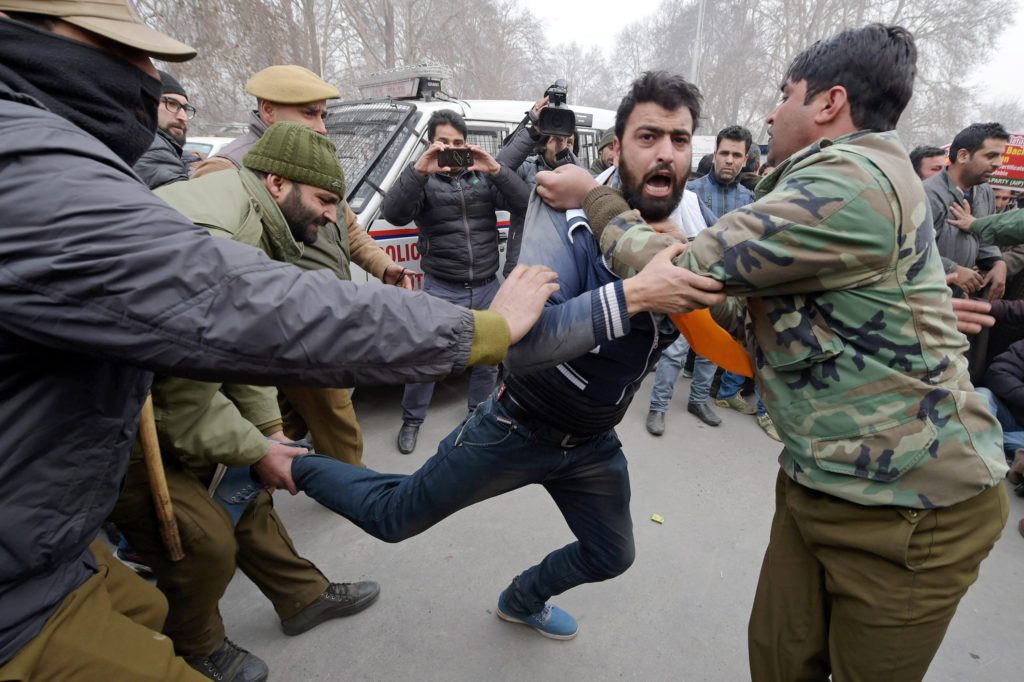 File photo of a protest against issuing domicile certificates to West Pakistani refugees in Srinagar on Thursday. Photo: PTI/S. Irfan

On June 26 this year, the J&K administration issued recruitment notice for over 8,500 posts in Class-IV category. The notification reads that the candidate should be a domicile certificate holder.

According to a local news gathering agency, until August 29, more than 7.27 lakh people registered as candidates for the Jammu and Kashmir Service Selection Board. Since the online application commenced on July 10, more than 4.04 lakh candidates used this method to apply. The Class IV application submission process was closed at 12 AM on August 29.

Several political parties in J&K have already demanded the rollback of the domicile rules, saying the BJP-led Central government is “sneakily” speeding up new ordinances to redesign the region’s demography amid the COVID-19 pandemic.

According to Census 2011, 68.3% of Jammu & Kashmir’s population is Muslim, while Hindus constitute nearly 30% and Sikhs nearly 2%.

Also Read: Throughout History, Demographic Changes to J&K Have Only Deepened Conflict

The government on Sunday suspended a KAS officer for ‘laziness’ in issuing domicile certificates in J&K.

A local news agency reported that the tehsildar of Jammu (Khas) has been suspended and attached in the office of divisional commissioner (Jammu).

The suspension was allegedly for dereliction of duties involving disobedience and ‘poor performance’ in the issuance of the domicile certificates to the applicants, causing ‘huge suffering and inconvenience’ to the general public.

The deputy commissioner (Jammu) is now holding an inquiry into the officer’s conduct under the rules and will furnish a report accordingly to the government within a period of 15 days.

Meanwhile, the principal secretary of the Revenue Department, Pawan Kotwal, confirmed to The Wire that in 36 Tehsils of J&K, posts of revenue officers are vacant. The officer quickly added that the General Administration Department (GAD) has been notified and soon, these posts will be filled to mitigate the problems.

“I can understand that revenue officers are overburdened while working in multiple tehsil offices and that they are facing difficulties while issuing domicile certificates within the stipulated time. But let us hope the GAD fills these vacant posts very soon,” said Kotwal.

Irfan Amin Malik is a journalist based in Jammu and Kashmir and he tweets @irfanaminmalik.