Government records show that Nirmal Singh managed to build a palatial bungalow over a large plot of land in the Jammu region in complete violation of the law. 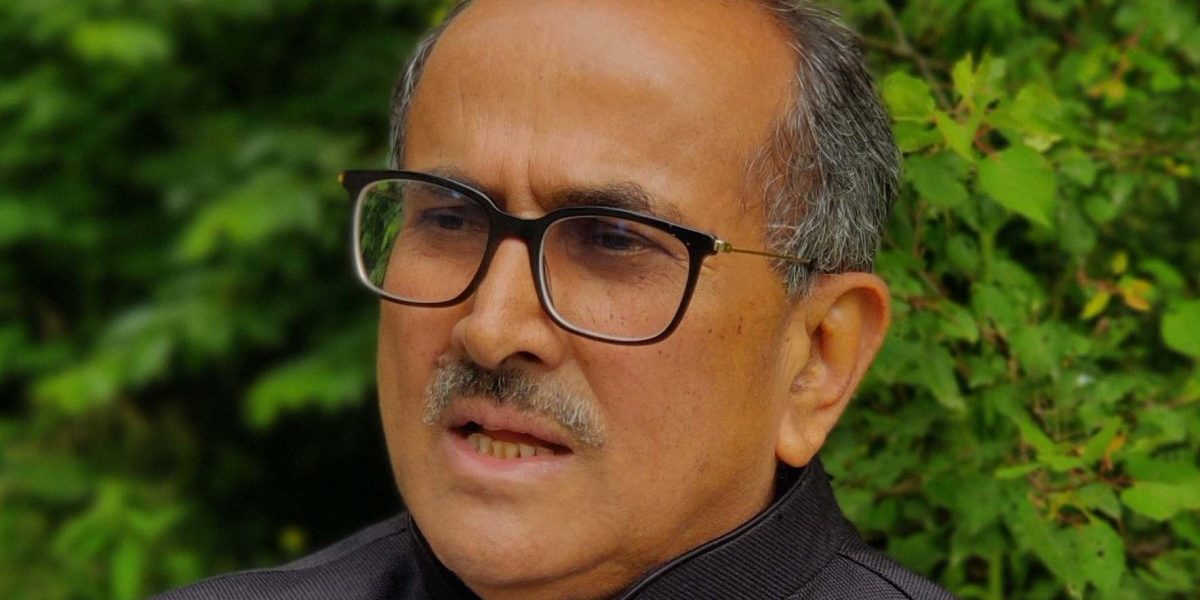 Srinagar: An RTI application has brought focus on the alleged misuse of official powers by senior Jammu and Kashmir Bharatiya Janata Party leader and former deputy chief minister Nirmal Singh, to facilitate the illegal construction of his bungalow in Jammu region.

Government records show that Singh managed to build a palatial bungalow over a large plot of land in the Jammu region in complete violation of the law, even as the Union government and the Army unsuccessfully invoked legal provisions to stop him.

Despite repeated phone calls and text messages, Singh could not be reached for his comment. This story will be updated whenever the BJP leader sends his response.

Officials said the construction of the bungalow near an ammunition depot of the Indian Army in Ban village of Jammu’s Nagrota started in 2017, when Singh was the deputy chief minister in the People’s Democratic Party-BJP coalition government.

Although a 2015 notification by the Union government had barred people from undertaking any construction work within 1,000 yards of armed forces’ establishments, Singh began raising the bungalow barely 580 yards from the ammo depot, according to official records.

“The ‘buffer zone’ between army installations and civilian areas is meant to serve as a deterrence for terrorists and also provides safety for civilians areas. The construction has shrunk the open area for surveillance and monitoring which poses a security risk to the ammunition depot,” a senior Army official said.

In a letter to Singh, the Army’s then 16 Corps Commander Lt General Saranjeet had said that the bungalow was being built “illegally’’ and it posed a “security risk” to the ammunition depot.

The construction has “implications on the security of a major ammunition storage facility as well as the safety of all personnel living in close vicinity of the ammunition depot”, the letter sent on March 19, 2018, said.

Amid security concerns, the Army wrote to the J&K government on three occasions and also approached the J&K Police twice to stop the work and initiate action against the offenders since the construction was in “violation of the Works of Defence Act, 1903” but no action was taken, official records show.

Singh, a former professor of history at the Jammu University, stepped down from deputy chief minister’s post and he was replaced by another BJP leader, Kavinder Gupta, on April 30, 2018. Singh, who also held the portfolios of power and housing, was later elected as the speaker of J&K assembly.

According to officials, the 2,000-square-yard plot registered in the name of Singh’s wife, Mamta Singh, is part of a large tract of land reportedly purchased by senior J&K BJP leaders who had floated a company called Himgiri Infrastructure Development Limited.

Mamta Singh was a shareholder in Himgiri Infrastructure Development Limited along with another former deputy chief minister of J&K, Kavinder Gupta, and BJP MP Jugal Kishore, among others.

“The company had taken a term loan of Rs 18.50 crore along with a cash credit facility of Rs 56.83 lakh from Jammu and Kashmir Bank in 2012 to set up a power project in Himachal’s Chamba district. The account was declared a non-performing asset in December 2017,” Indian Express reported.

The RTI application was filed by advocate Muzaffar Ali Shan who had sought details about illegal constructions in Ban and Panjgrain villages of Jammu between January 2016 and December 2020.

In its response, the union territory administration, headed by lieutenant governor Manoj Sinha, has said that no action was initiated by Jammu Development Authority (JDA) against Singh, even though the bungalow was identified as “illegal”.

The response by Kusum Chib, collector in the JDA who also serves as its public information officer, said “no action has been initiated by JDA under the Building Operation Act, 1988” while claiming that the “illegal” work on the bungalow “is stopped till date”.

The administration refused to provide details to the RTI applicant about the officials posted in Ban village when the construction of Singh’s bungalow was underway.

Singh and his family moved into the bungalow last year. On July 25, his wife, Mamta, had posted a picture on Facebook with her grandson at the palatial complex, though she later deleted the post.

What does the law say?

In absence of a written approval of the general officer in commanding of the Army unit, the 2015 notification by the Union government in connection with the Works of Defence Act, 1903 says there shall be “no variation … in the ground level and on building, wall, bank or other construction….erected, added to or altered” within 1,000 yards of a defence establishment.

The order bans storage or accumulation of “wood, earth, stone, brick, gravel and or other material” within 1,000 yards of the ammunition depot in Ban village, stressing that any violation “shall be dealt with by the local Army commander under law and no compensation in respect of removal of such unauthorised structures shall be payable to the owners”.

After the Army’s 16 Corps based in Jammu failed to evoke any action against Singh from the J&K administration, the defence ministry filed a writ petition in the J&K high court on May 3, 2018 which asked the administration to ensure “strict implementation” of the 2015 notification.

The Army had said the bungalow was being constructed at “prohibited distance of 530 metres from the premier boundary wall of 4 Ammunition Sub Depot (15 FAD)”.

However, when the administration still didn’t stop the work, the ministry moved another petition in the court on May 16, 2018, seeking contempt proceedings against officials of the J&K government and Singh’s wife for “wilfully” not implementing the court order.

The court had then sough a compliance report from the government by issuing notices to then Jammu divisional commissioner Hemant Sharma, then Jammu deputy commissioner Kumar Rajeev Ranjan and then Jammu SSP Vivek Gupta.

Singh has said the allegations against him are “politically motivated” while constantly denying charges of wrongdoing.