J&K: Ahead of Winter, Demolition Drive Leaves Gujjars, Bakarwals Out of Temporary Houses

Since last week, structures have been demolished in remote areas of Pahalgam like Lidroo, Mamal, Khelan, Movera and Rangward, where nomads make temporarily homes.

Temporary houses at Lidroo, after they were destroyed. Photo: Author provided.

Srinagar: The demolition drive by the Jammu and Kashmir administration, primarily targeting temporary dwelling places of nomadic communities, has taken off with a series of razing efforts in Pahalgam area in the Valley’s Anantnag district.

Kuccha houses belonging to those in the Gujjar and Bakarwal communities, were razed to the ground on Friday.

Since last week structures have been demolished in remote areas of Pahalgam like Lidroo, Mamal, Khelan, Movera and Rangward where the nomads make temporarily homes. Many also own lands here for grazing and other purposes.

Authorities have issued notices in various areas to these people asking them to clear the land which, as per authorities, has been illegally occupied.

The notice, which is with The Wire, reads, “You have illegally occupied the land of the forest department and also erected an embankment. In this connection, you are informed to raze these illegal structures within the seven days.” 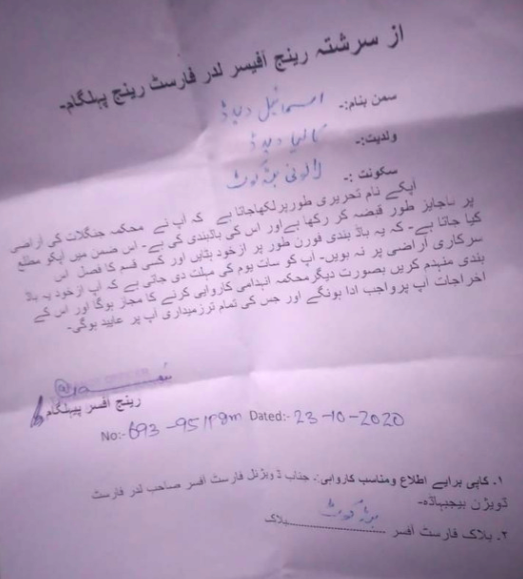 The notice from Pahalgam authorities asking people to evacuate land.

In the notice, members of the tribal population have been warned to evacuate as soon as possible or the department of forest will have the authority to demolish “illegal” constructions.

The number of people who belong to the tribal communities of Jammu and Kashmir and who do not own any land is large. The only option left for them is to make temporary kuccha houses and live in them.

Through the summers, these nomadic tribals – especially Bakarwals – rear cattle in the high altitude grazing lands and put up in the wood-and-mud structures. As winters approach, they cross over the Pir Panjal range towards Jammu region and settle there for the next six months. During the winters most of their structures in the Kashmir forests remain abandoned.

Over the decades, while most of these tribal people have been nomadic, some have decided to stay put in Kashmir instead of moving with their entire family. Most Gujjars are well versed with this style of living and depend primarily on agriculture and animal rearing.

For Farooq Ahmad, a 50-year-old who has lived with his family at Wangidar, in Pahalgam, for his whole life, the forest department’s demolition drive has come as a nightmare.

Ahmad, who is a labourer, said that over the years his family has been using the 1 kanal land on which they had built a house and a cow shed. They use the same land to bring up their livestock.

A few days ago, locals claimed that authorities in Lidroo-Wangidar area demolished more than 13 kuccha houses and warned them to vacate land. Now that the harsh winter has arrived, locals have nowhere to go.

“Where will we go this winter? Why will we leave this place when it is our own? We have been living here since ages,” Ahmad said.

One of the structures, which are traditionally called kotha, which was demolished belonged to Aziz Khatana, a 45-year-old from Lidroo. His great grandfather constructed the house with logs and mud. 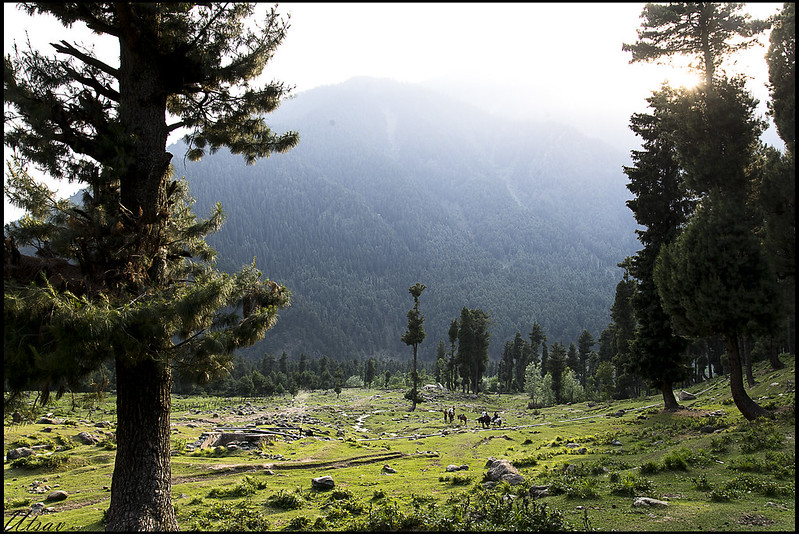 He told The Wire that nearly 100 vehicles entered into his area and ransacked the kothas and cattle sheds. Most belonged to Gujjars. The drive had included officials of the revenue department, police, and forest department, who pushed locals away and beat them when they tried to protest, said Khatana.

Gujjars living in various other areas were also issued letters, asking them to vacate their lands. Over the last four years, many eviction drives have been carried out in Jammu region also.

“Authorities are right now telling us that this land is illegal. From the past decade our ancestors have lived in these jungles, and no one ever said it was illegal. Why now?” asked Khatana.

Khatana, along with his brother, lives almost 10 kanal land. “We have been told to provide documents of proof to show for how many years we have been living here,” he said.

In Lidroo-Wangidar there are more than 70 houses of Gujjars and Bakarwals.

Because of Article 370, the Forest Rights Act could not be extended to Jammu and Kashmir. The prerequisite was legislation in the J&K assembly, on which consensus was never reached.

However, since the scrapping of Article 370, the law which was passed by Indian parliament in 2006 got extended to the Union Territory of J&K.

Zahid Parwaz, President of the Jammu and Kashmir Gujjar Bakarwal Youth Welfare Conference, while speaking to The Wire on the phone said that the forest area has always been a place where these communities have lived. “The government is especially attacking the Muslims, to displace them,” he said.

Mehbooba Mufti, former chief minister of Jammu and Kashmir has also condemned the move and said that the Central government has started an illegal process to push out Gujjars and Bakarwals.

“They finished our domicile law and want to bring people here from across the country but they want to chase away the locals from here,” Mufti said.

After the Article 370 move, most Central laws have been implemented in Jammu and Kashmir, but the Forest Rights Act is yet to be implemented on ground.

The historic Scheduled Tribes and Other Traditional Forest Dwellers (Recognition of Forest Rights) Act, 2006, popularly known as the Forest Rights Act – is an act which gives the traditional forest dwellers their rights to access, manage and govern forest lands and resources within village boundaries.

This act protects these tribals from forced displacement, and under this act, they also have grazing rights and access to water resources. 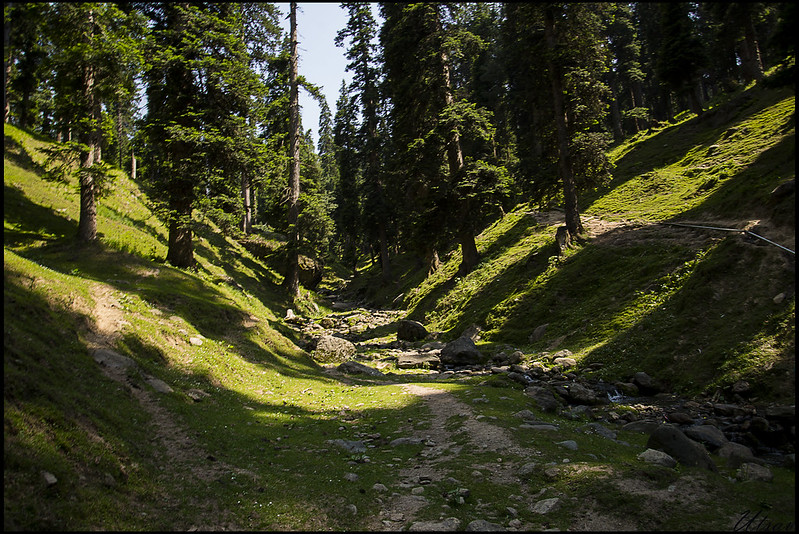 Talking to The Wire, advocate Sheikh Shakeel Ahmad from Jammu said that the FRA is already applicable in Jammu and Kashmir but the way the forest department is handling the situation right now appears to violate the law.

Also read: The FRA Can’t Be Implemented Soon Enough in J&K and Ladakh

“It’s an unfortunate thing that the Jammu and Kashmir government is silent about it. These nomads deserve to be protected by the FRA. The forest department is obliged to give them their rights under the Indian constitution,” he said.

The authorities in Kashmir, however, claim that this is not a demolition drive against any particular community but actually an anti-encroachment drive against illegal occupation of land.

“We had a direction from the high court to retrieve 2,600 kanals of land which had been encroached upon and also to retrieve 1,800 kanal of wildlife land,” the CEO of Pahalgam Development Authority, Mushtaq Simnani, told The Wire.

Simnani said that in Lidroo-Pahalgam, people have encroached into vast tracts of land. This does not allow them to implement the master plan or do surveys.

“We are only trying to retrieve the agricultural land but they are not letting us do that. No one has the right to encroachment or the right to destroy the forest by burning standing trees. Why would we allow that? We have to protect this area, which is a tourist destination,” he said.

Guftar Choudhary, a social activist, however contests his claim, and said that this is a clear-cut policy of the government to render these people homeless.

He said, “If they are calling it ‘encroachment’, where were they for the last 70 years? These people were not called encroachers then.”