The figure does not include people detained in Jammu and Ladakh regions and who were captured before August 4 and after November 1. 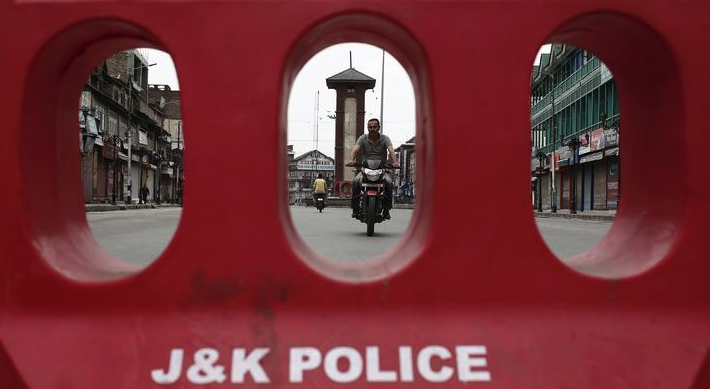 It is unclear whether the total figure includes persons who were reportedly illegally detained. Photo: Reuters/Adnan Abidi

New Delhi: As clamour over the continued lockdown in Jammu and Kashmir grew in the parliament, the Centre on Wednesday informed the Rajya Sabha that a total of 5,161 people were detained after the state’s constitutional autonomy was withdrawn on August 5, 2019.

The Union government’s reply confirms the findings of several independent fact-finding reports, which had stated that a large number of people – from top leaders to grassroots political workers and social workers – have been put under detention. The Centre has been claiming that the situation in Kashmir is normal and that the law and order situation has improved since the reading down of Article 370.

Dravida Munnetra Kazhagam (DMK) leader Tiruchi Siva had asked the Union home ministry to share details about the number of “political leaders detained during the lockdown in Kashmir from August 4, 2019 to November 1, 2019”. In addition, he also sought information about people who continued to be under detention.

“With a view to prevent commission of offences involving breach of peace and activities prejudicial to the security of the state and maintenance of the public order, 5,161 preventive arrests, including some stone pelters, miscreants, OGWs (overground workers), separatists and political workers, were made since 4th August, 2019 in Kashmir valley…”

The figure that the Centre stated does not include the people detained in Jammu and Ladakh regions and those arrests which were done before August 4 and after November 1.

MoS MHA G Kishan Reddy on ‘the number of incidents of exchange of fire that took place across LoC since Aug 5, 2019’, in LS: 950 incidents of ceasefire violations along Line of Control from across the border in Jammu&Kashmir were reported during August 2019 to Oct 2019.(file pic) pic.twitter.com/wnX5xVxi9P

It is unclear whether the total figure includes persons who were reportedly illegally detained. The Wire has reported on claims of midnight raids, in which security forces have made many unregistered arrests.

Also read: In Kashmir, Freedom at a Price: Go Back to Jail if You Speak or Comment on Article 370

The Centre’s reply also stated that of the 5,161 people, 609 are still under detention, out of whom approximately 218 are labelled ‘stone pelters’.

On Tuesday, when BJP MP Kanakmal Katara asked in the Lok Sabha if law and order in Kashmir has improved since August 5 and whether stone pelting incidents have come down, Reddy responded in the affirmative. However, the data he presented showed a steep rise in the number of such incidents.