Violence at Jamia Protest: Police Arrest Ten People, None of Them Students

That no student has been arrested vindicates the claim of Jamia's students. Police, however, say no 'clean chit' has been given to the students yet. 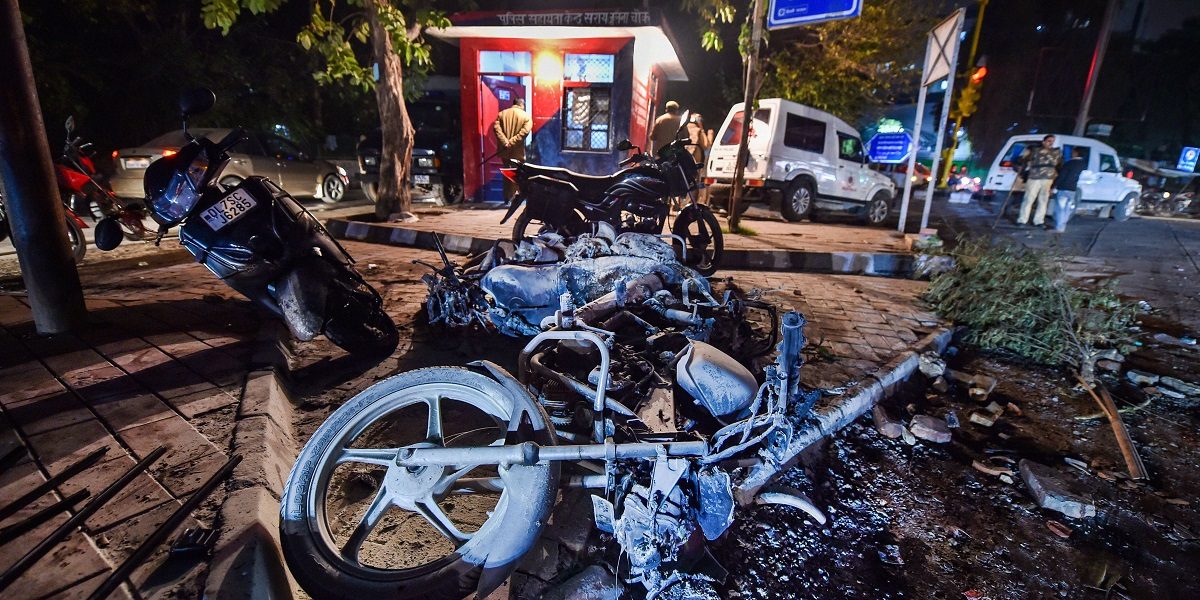 New Delhi: The Delhi police arrested ten people with criminal background, not one of them students, for allegedly being involved in the violence near the Jamia Millia Islamia.

According to reports, police said that the accused were arrested on Monday night. A senior police officer said told news agency PTI that no student has been arrested. This development vindicates the claim of a Jamia Millia students’ body, which had said on Sunday evening that the students had not participated in any violence and accused “some elements” of disrupting their peaceful protest.

The university saw unprecedented violence on Sunday after police entered the campus and used force to “control” the mob. Several students have sustained injuries in the police’s lathicharge, while some students also reported bullet injuries. Students also claim that the police fired tear gas shells into the university’s library and other enclosed spaces.

During the students’ protest against the Citizenship (Amendment) Act, four DTC buses, 100 private vehicles and ten police bikes were damaged. Police now privately admitted to NDTV that the violence was the work of “local thugs”.

Also Read: As BJP Plays With Fire, Campus Crackdown Gives Divided India Cause to Fight For

According to the news channel, though none of those arrested for the violence are students, the cops “had not yet given them a clean chit”. Those arrested on Monday are from the Jamia and Okhla areas, which are adjacent to the university. A crime branch team will investigate the violence.

After entering the campus, the police had claimed that they had acted to “control” the situation. “Our only interest is to push the mob back, so law and order can be restored in the area. We have no problem with university (Jamia Millia Islamia University) students. We only acted to control the situation,” Chinmaya Biswal, DCP (South East Delhi) said.

Jamia’s administration has sought an FIR to be filed against the police for entering the campus without permission. the university’s vice chancellor Najma Akhtar has sought a high-level inquiry into the allegations of police atrocities.

The Ministry of Home Affairs (MHA) said that no bullets were fired by the police at Jamia Milia on Sunday. “No bullet was fired by the Delhi Police during protests at Jamia. All 10 persons detained have criminal background. More anti-social elements are being tracked,” the officials said, according to PTI, citing a Delhi Police report.

Also Read: When a Nation’s Police Gasses Its Libraries, What Use Is a New Education Policy?

However, the Medical Superintendent of Delhi’s government-run Safdarjung Hospital told NDTV that two Jamia protesters were admitted with bullet injuries. Both students are out of danger.

Police told the news channel that the students may have been injured by pellets, later clarifying that to mean shrapnel from tear gas shells, the students themselves refuted the claim. Footage of one of the students, recorded purportedly moments after he was shot, does not show any tear gas in his vicinity.

The other students also denied he was injured in tear gas firing and instead said that a policeman shot at him from close range.