Police had maintained that no bullets were fired. 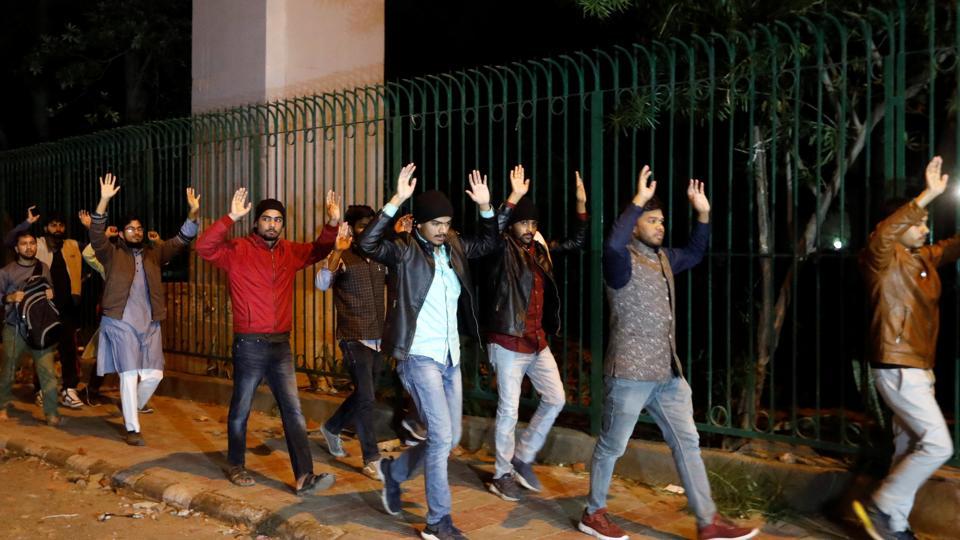 On December 15, protests had turned violent when a group of protesters including Jamia Millia Islamia students and local residents were stopped at Mathura road in their march towards parliament. A section of protesters had reportedly started to pelt stones and allegedly set some buses on fire, following which police conducted lathi-charge, barged into the JMI campus, lobbing tear gas shells into the library where students were studying.

Two students were admitted to Safdarjung Hospital and a third to Holy Family Hospital with bullet injuries, which was recorded in the medico-legal reports.

The police had then claimed that the not a single bullet had been fired, asserting that the injury could have been caused by any foreign body like metal or plastic.

The Indian Express, quoting sources, said that police personnel asked by senior officers whether they had fired bullets had denied it outright. The two FIRs filed in connection with the violence at Jamia Nagar and New Friends Colony make no mention of police firing, the newspaper reported.

However, three days after the clashes, a video surfaced which showed two police personnel firing, while a senior officer stood nearby.

“The Southeast district police identified the personnel as well as the ACP, and it was confirmed that firing had, in fact, taken place,” a source told Express. The identified police have apparently claimed that they fired in “self-defence” when some protesters turned violent and found themselves cornered.

These statements were recorded in case diary, but have yet to be handed over the Crime Branch Special Investigation Team that is probing 10 cases of rioting.

The Indian Express again contacted DCP (Southeast) Chinmay Biswal, who had earlier claimed that police had not fired a single bullet, on Saturday. When asked again whether bullets were fired, Biswal refused to comment, stating that investigation were underway.

The newspaper reported that all three Jamia students had been discharged from hospital and the extracted “foreign body” had been handed over to Delhi Police for further testing.

A fact-finding report by People’s Union for Democratic Rights had asserted that Delhi Police had attacked Jamia students with an intent to inflict “maximum damage”.

In Uttar Pradesh, police had similarly claimed that “not a single bullet” had been fired at protesters. A few days later, a video went viral on social media showing a UP policemen aiming at protestors with his revolver.