Several English language newspapers noted that the rules were brought through a process that circumvented the set legislative path and meditated deeply on their repercussions for online media. Illustration of some of the editorials on the IT Rules, 2021.

New Delhi: Several English newspapers – many of whom have flourishing online versions – ran editorials that openly criticised aspects of the Centre’s move to introduce greater oversight for social media, digital media and OTT platforms through the new IT rules.

The ‘Information Technology (Guidelines for Intermediaries and Digital Media Ethics Code) Rules 2021,’ offers the largest shake-up in the technology and news regulation space in nearly a decade. In several analyses, explainers and pieces, The Wire too has explored how the new rules infringe upon digital rights, are worded in a way that makes them ripe for misuse, and changes the way news is freely communicated online.

The Indian Express, which first broke the news in 2018 of meetings being held to mull amendments to Section 79 of the Information Technology Act, 2000, noted in its editorial that there is “much to be concerned about.”

While the first two paragraphs of its three-paragraph editorial focus on what the Rules aim to do, the paper then went to say that the three-tier framework created for regulation of online content effectively ensures a questionable thing – that the government has both the right to complain and the authority to enforce.

In their letter to Union information and broadcasting minister Prakash Javadekar, the largest national organisation of online news media outlets and individuals, Digipub, also highlighted that such a move goes against the separation of powers of executive and judiciary.

“Further, the thresholds for intervention aren’t clearly defined. In a country where laws are routinely abused, this vagueness in definitions can be easily misused. It needs to be guarded against,” the Express editorial says.

That the dictum to social media companies, to identify the first originator of (mis)information would require these companies to break the promised end-to-end encryption of many social media sites, thus curtailing the right to privacy, is also something that the editorial finds troubling.

Big Tech needs to be held accountable, says Express, but “given the blunt instruments of the state, a careful balance will need to be struck for the devil, usually, lies in the details.”

The Hindu noted that the Rules, 2021, were presented by IT minister Ravi Shankar Prasad as a “soft-touch oversight mechanism.”

But the paper is keen to not take this at face value. It’s editorial is titled, ‘A wolf in watchdog’s clothing.’

“The soft tone notwithstanding, these rules force digital news publishers and video streaming services to adhere to a cumbersome three-tier structure of regulation, with a government committee at its apex. This, in itself, is unprecedented in a country where the news media have been given the space all along to self-regulate, based on the mature understanding that any government presence could have a chilling effect on free speech and conversations.”

This is particularly worrying, notes the editorial, as digital media is fast becoming one of the primary sources of news and views.

Hindu’s editorial also notes what the Internet Freedom Foundation pointed out first, that the IT Act has been expanded to bring digital news media under its regulatory ambit without taking the law through the parliament.

As Express had noted, Hindu too recognised that “while there is not much that is wrong with the Code of Ethics per se, what is problematic is that it will take little to bring this regulatory mechanism to vicious life.” The emphasis is theirs.

“Literally anyone” can force any digital publisher’s grievance officer to take up any issue that they may find problematic, triggering a chain of events that the paper finds could “open the floodgates for all kinds of interventions” and potential for misuse.

Hindu too highlights the loss of privacy but also adds that a compulsion on social media sites to offer information on the first originator without a judicial order will raise uneasy questions. 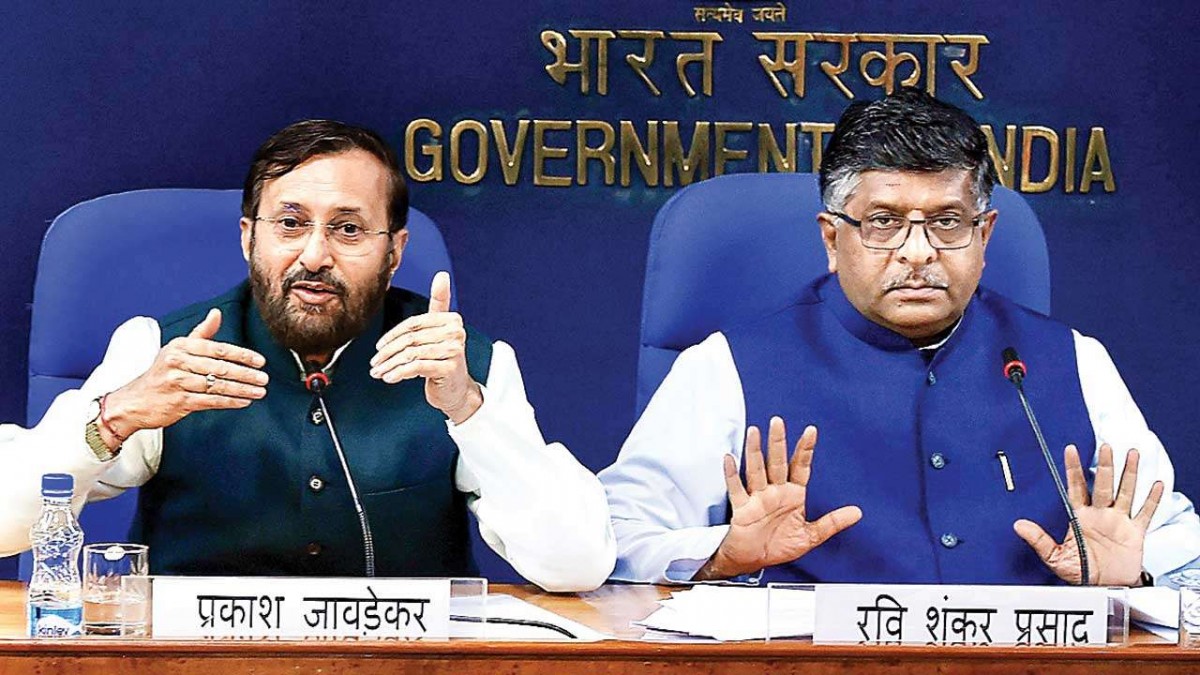 “It would be wrong to imagine that by implanting itself in the grievance redress process or by making platforms share more information, the government can solve these problems,” the paper notes.

This, in an environment where “the appetite for criticism, so vital in a democracy, is just not there” is recipe for an “operational nightmare.”

“Worse, the casualties could be creativity and freedom of expression,” The Hindu says.

The Times of India echoes the above two editorials but also notes that “the way in which these [same] rules force-fit social media, streaming entertainment, and digital news portals all under one umbrella, is untenable.”

TOI‘s editorial focuses on digital news primarily and highlights that online sites already fall under print and television news norms, “besides the extensive self-regulation done in multiple layers between journalists and editors every day.”

TOI points out what Digipub also noted – that these rules were brought with little scrutiny, either by parliament or stakeholders.

Additionally, “the oversight authority set up with government officials and suo motu powers could both encourage strong-arming by the state and trolls mounting a deluge on a selected media target, to hurt it punitively,” the editorial notes, highlighting the backdrop of heightened intolerance these days.

The editorial also points out that two of those most affected by these rules had acted as checks and balances for each other.

“Government’s aim to impose accountability on social media to tackle a pandemic of fake news and hatred is sound. But it’s mainstream news platforms that have offered the strongest checks on this dangerous phenomenon, by amplifying the credible facts and information,” it says, highlighting the lack of foresight in clubbing social and digital media under the same rules.

The Telegraph, in its editorial headlined ‘Iron Fist in Velvet Gloves‘, has noted that the agenda behind these regulations may appear benign but are hardly so. Worded strongly, the piece sites the examples of countries like Germany, Singapore and Russia, which have enacted similar mechanisms that have led to “greyish outcomes.”

Like the above newspapers, Telegraph too notes that “the lack of legislative discussion or collaboration makes India’s newly-minted regulations stick out like the proverbial sore thumb.”

The editorial also notes that these rules, ostensibly couched as ‘ethical’ imperatives, could “turn out to be a problematic – unethical – paradigm shift unless it achieves the right balance between surveillance and oversight.”