The concerns, grievances and disappointments of the audience cannot operate as a restriction on the freedom of the press. 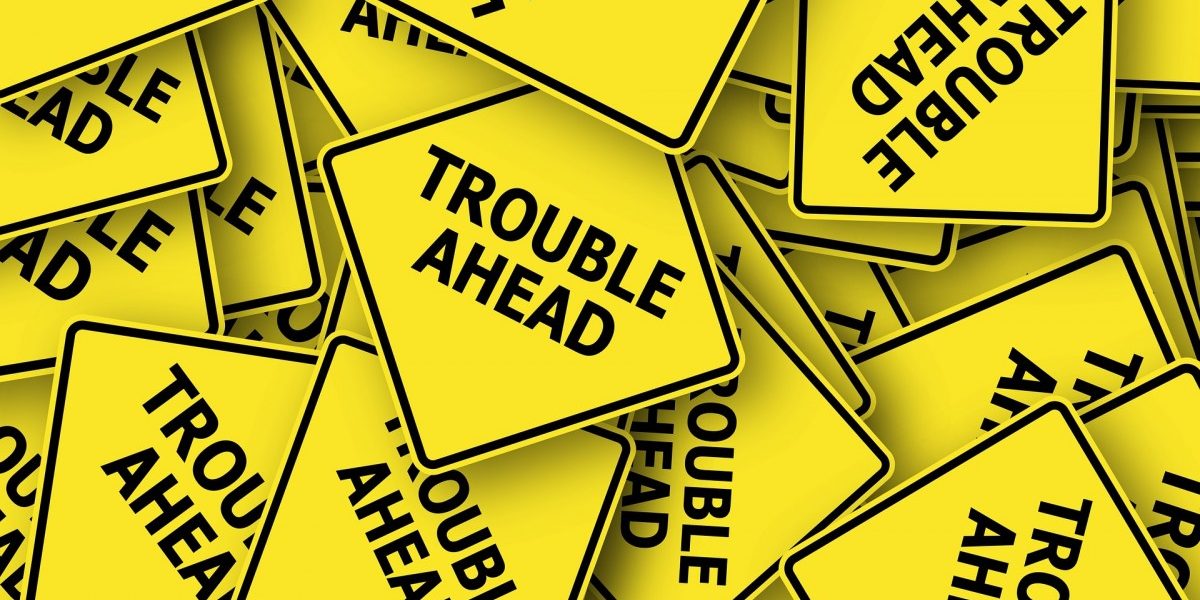 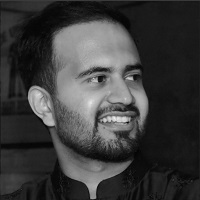 There are some striking similarities between the measures employed by the present Indian government and the government during the general Emergency of 1975 to silence the press.

Both dispensations sought to financially attack and strangle independent media houses. The former used a highly restrictive advertising and newsprint policy (and even shut off electricity to newspaper presses), while the current (in September 2019) introduced an arbitrary amendment to the foreign direct investment policy that virtually cut off all foreign funding for digital news media entities and forced some reputed publications to shut shop. “Steps have been taken to ensure that the news reporting on digital media is not biased primarily due to its foreign investment component. It has been decided to cap the foreign investment to 26%,” is how the Group of Ministers report on communication bluntly put it.

Both regimes have seen the harassment, arrest and prosecution of journalists covering sensitive incidents; indeed, both have employed detailed strategies to identify and neutralise ‘unfriendly’ media establishments. A few days after the declaration of the Emergency, the then principal information officer, A.R. Baji, prepared a list classifying newspapers into nine categories ranging from friendly to neutral to hostile; those falling into the last category were singled out for state harassment. In late 2020, a group of nine Union ministers prepared an internal report proposing the monitoring and neutralisation of media influencers that were critical of the government.

The Emergency saw formal pre-censorship. But the recently notified Information Technology (Intermediary Guidelines and Digital Media Ethics Code) Rules 2021 (IT Rules) scale new heights in terms of burdening and violating the freedom of the press and erecting a system for the de facto censorship of content.

Much of the IT Rules is patently unconstitutional. Indeed, the IT Act (under which the rules are notified) does not even contemplate, let alone permit, the regulation of digital media. Thus the provisions within the IT Rules governing publishers are ultra vires the IT Act and unlawful; nothing more than a convenient attempt of the government to bypass parliament in an attempt to regulate news publishers.

Moreover, the government has appropriated extensive powers to review, modify and block news content, and in effect decide whether the speech of the press is lawful or not. This is a quasi-judicial function, and their arrogation by the executive is a violation of the doctrine of separation of powers.

But the most egregious aspect of these IT Rules is seemingly the most innocuous and unfortunately least focused on in the legal challenges pending before various high courts: the obligation that all news publishers establish a grievance redressal mechanism. This single requirement not only fundamentally alters the position of the press in our democracy, but is also likely to result in innumerable independent media houses closing down.

Rules 10 & 11 of the IT Rules obligate every publisher to appoint a grievance officer, set up a grievance handling mechanism and redress all grievances within 15 days. Any person may lodge a grievance with the publisher if they have any problem with the content published, thereby equating the free press with any product or service sold in the market.

There is no definition of, or restriction on, what may constitute a grievance, and hence no limitation on the nature of quibbles that any person may bring against the publisher. Effectively, the IT Rules transform reporters and editors into merchants and readers into buyers, and journalism is deemed a commodity that may be bargained over, negotiated and even returned.

Thankfully, our constitution, and decades of jurisprudence on the freedom of speech, do not concur. The freedom of the press, which is an integral part of the freedom of speech and protected under Article 19(1)(a) (see Anuradha Bhasin v. Union of India, Supreme Court 2020), has been held to be the ‘ark of the covenant of democracy’ since public criticism is essential to the working of its institutions (Bennett Coleman & Co. v. Union of India, Supreme Court 1972). Further, the functions of the press cannot be restricted to the expression of those thoughts and ideas which are accepted and acceptable, but also extends to those which offend or shock any section of the population (Sahara India Real Estate Corporation Ltd. v. SEBI, Supreme Court 2012).

Thus, the consumption of news is not a typical commercial activity between two contracting parties. The concerns, grievances and disappointments of its audience cannot operate as a restriction on the freedom of the press, which may only be limited in line with the reasonable restrictions specified under Article 19(2).

The scope of such restrictions was made clear by the Supreme Court in Shreya Singhal v. Union of India (2015), which held that a law restricting free speech could not pass muster merely by virtue of being in the ‘public interest’, but instead, such restrictions had to be covered by one of the eight subject matters listed in Article 19(2). On this ground, Section 66A of the IT Act – which criminalised the intentional publication (by anyone) of information that caused annoyance, inconvenience, or insult – was struck down as unconstitutional. Thus, it is untenable that news publishers be required to redress every annoyance, inconvenience or insult that their reporting may cause.

There are those in government who have scoffed at the fact that grievance redressal is a Sisyphean burden for media houses; yet politicians are the last people to understand the economics involved in such an obligation, given that they are not subjected to grievance redressal commitments and voters have no consumer rights. The burden of grievance redressal is unaffordable for a majority of media houses in India. Several small online publications are considering winding down their operations, being unable to afford the infrastructure and personnel required.

Moreover, it is a fact that many ideological outfits have set up IT cells and legal teams dedicated to filing large volumes of criminal complaints against the editors of publications putting out news they disagree with. What happened to the TV show Tandav is a case in point:

Breaking: Via an RTI filed with @MIB_India, we obtained 112 pages of complaints filed against Tandav. Sent 40 days before the IT Rules came into force, they triggered OTT censorship in India. Our policy analysis of grave implications on free speech.
1/nhttps://t.co/iyiGIWHU9M

In similar vein, publications that carry reports critical of the establishment or espouse a certain political view or ideal are likely to be inundated with grievances in volumes that would make the locust swarm of 2020 seem minuscule. The IT Rules also empower complainants to file two separate appeals against a grievance redressal decision by the publisher, thereby enabling complainants to keep grievances alive for extensive periods. Thus, a single grievance could entail months of regulatory entanglement.

This again violates judicial precedent. In Indian Express Newspapers Pvt. Ltd. v. Union of India (1984), the Supreme Court held that undue burdens, even in the form of taxes, should not be imposed on the press, and the newspaper industry should not be singled out for harsh treatment. To require a publisher to divert the majority of his resources from reporting to assuaging every reader with an axe to grind is unequivocally harsh treatment.

This is not to say that consumer obligations may not be introduced on news publishers, or that publishers do not have a duty to subscribers. However, this duty cannot be conflated with the content of their reporting – since the journalism and commerce of a news publisher are two entirely separate things. This was established in Sakal Papers v. Union of India (Supreme Court, 1961), where it was held that the publication of news and the publication of advertisements were two separate functions; the former was covered under the freedom of speech (Article 19(1)(a)), and the latter under the freedom of trade (Article 19(1)(g)). Thus, obligations that may arise on account of the commercial aspects of the publisher’s business, such as consumer protection, cannot be aggrandised to restrict the free speech of the press.

Also read: Why The Wire Wants the New IT Rules Struck Down

The absurdity of the IT Rules reaches its apogee in the prescribed appeals process. Any complainant unhappy with the redressal offered by the publisher may file an appeal with the self-regulating body; a toothless industry organisation that can ‘warn, censure, admonish or reprimand’ a publisher, or worse still, extract an apology. If the complainant remains unhappy even after this, she may appeal to the oversight mechanism to modify or block the impugned article.

This final step involves adjudication of the grievance by a committee comprising representatives from literally every ministry in the government, including law and justice, women and child development, IT, information and broadcasting, home affairs, defence and external affairs. Apart from the unlawfulness of such an executive body exercising what is essentially judicial functions, it is unfortunate that the time and efforts of these stalwart government functionaries will be engaged in debating the merits of a reader’s grievance.

In his final article, Lasantha Wickrematunga, the renowned Sri Lankan journalist who was assassinated for his fearless coverage of the crimes of his state, likened the free press to an uncompromising mirror, from which “you learn the state of your nation, and especially its management by the people you elected to give your children a better future”. These IT Rules introduce a significant crack in that mirror.

Varun Thomas Mathew is a lawyer in New Delhi.