These raids assume significance in the context of the upcoming assembly elections in Uttar Pradesh, with the Samajwadi Party alleging 'misuse' of central agencies against political opponents. 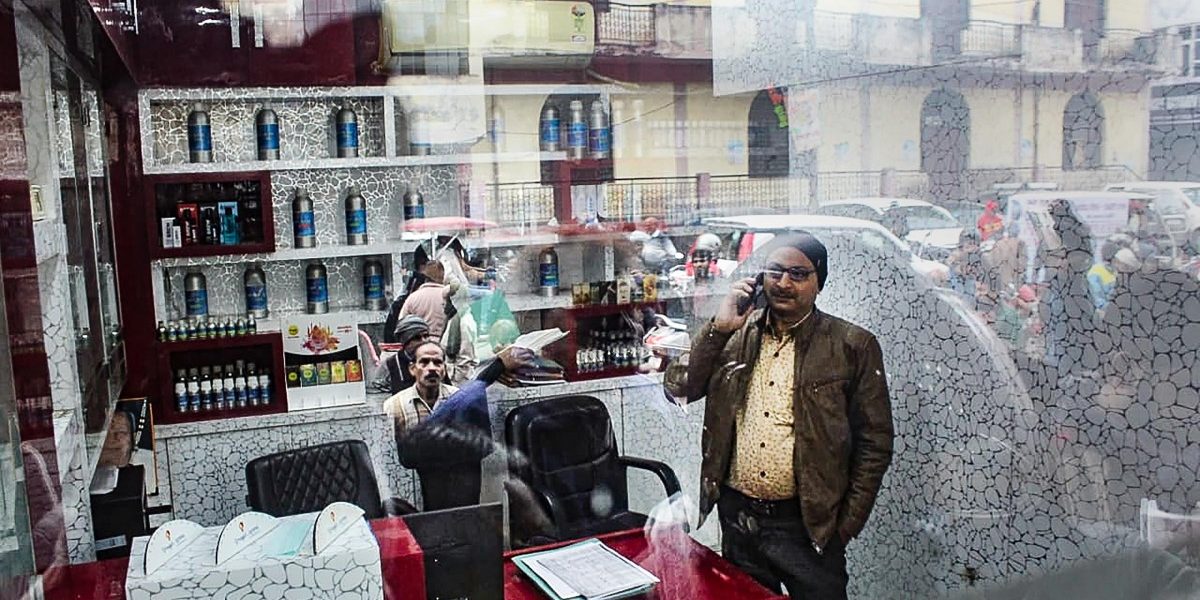 Lucknow: The income tax department (IT) has been conducting raids on nearly 50 premises of the Samajwadi Party (SP) MLC and perfume baron Pushpraj Jain “Pampi” from Friday, December 30, morning. Raids began on Friday morning hours before Pampi was to address a joint press conference in the noon with SP chief Akhilesh Yadav in Kannauj.

These raids assume significance in the context of the upcoming assembly elections in Uttar Pradesh.

The tax department sleuths have been conducting simultaneous searches at premises associated with the SP MLC in Kannauj, Kanpur, Lucknow, Noida, Delhi, Mumbai, among others. Financial records of companies in which Pampi is either a director or partner are being checked to see if there are any financial irregularities. Raids began before the SP chief reached Kannauj from Lucknow for the press conference.

The IT department sought security cover from the state police before raiding the SP lawmaker, who owns a perfumery, petrol pumps, and cold storages.

It knocked on the doors of Pushpraj Jain on December 30, after conducting a nine-day long raid on the business premises of a perfumer Piyush Jain. Nearly Rs 196 crore in cash and 23 kg of gold were recovered from Piyush Jain.

The confrontation between SP and the Bharatiya Janata Party (BJP) started as the BJP alleged that it was Piyush Jain who recently launched the “Samajwadi Perfume”.

Prime Minister Narendra Modi also took a dig at the opposition and said in Kanpur on Wednesday, “Boxes filled with currency notes have come out. The people of Kanpur understand business and trade well. Earlier, in 2017, the perfume of corruption that they had sprinkled all over UP was still there for everyone to see.”

However, the SP MLC denied any relationship with Piyush Jain. According to SP, it was MLC Pushpraj Jain “Pampi” whose perfumery made a “Samjadwadi Perfume”.

The SP chief lashed out at the BJP and claimed that the trader (Piyush Jain) had links with the saffron leaders. The BJP government wanted the tax department to raid some other perfume traders, but then one of its own workers, who was also a perfume trader, was raided, said Akhilesh Yadav.

He also said that the mobile phone records of the trader could reveal the names of several prominent BJP leaders.

It is merely a coincidence that the SP MLC also resides in Kannauj, near Piyush Jain’s home, and the distance between their houses is only 500 metres.

Pushpraj Jain had also told the media that Piyush Jain is neither his relative nor his business partner. SP MLC’s name had cropped up after the raids on Piyush Jain. It was also speculated that UP would witness many such raids in the run-up to the assembly elections.

As the raids were underway at Pushpraj Jain’s premises, the SP chief held a press conference in Kannauj and said that the IT department, Enforcement Directorate (ED) and Central Bureau of Investigation (CBI) had been dancing to the tune of the Modi-led Union government and were targeting the opposition leaders.

Speaking to the media, the former chief minister said, “The Centre raided the wrong person (Piyush Jain) earlier. This raid on the SP MLC (Pushpraj Jain) is an attempt to cover up the mistake made earlier.” Piyush Jain has also been in the perfume business.

Pushpraj Jain Pampi launched the ‘Samajwadi Ittra’, a perfume, last month in the presence of SP chief Akhilesh Yadav ahead of the 2022 Uttar Pradesh assembly elections.

Comparing BJP to the ministry of propaganda that worked under Hitler, Akhilesh Yadav said, “Hitler had a department for false propaganda, but the BJP government is full of people speaking lies.” He also went on to say that “the BJP spreads the smell of hate. How will the BJP like the smell of inclusiveness?”

Union home minister and BJP leader Amit Shah, who is currently in Uttar Pradesh, stated that “the stench of SP’s perfume has spread throughout the country”. “Now when this perfume friend’s black money is being raided, they are feeling discomfort,” he said

It is to be mentioned here that Piyush Jain was arrested on December 26 on charges of tax evasion and taken into custody by the GST Intelligence unit in Kanpur. Piyush was booked under Section 69 of the Central Goods and Services Tax (CGST) Act.

It was much discussed that the IT department had “mistakenly” raided businessman Piyush Jain, though it was planned to investigate Pushpraj. However, the IT department denied these allegations and said a raid was conducted on Piyush Jain after the input of GST officials about the tax evasion.

Reacting to the raids, Congress leader Anshu Awasthi said that BJP was harassing the businessmen of the state for collecting extortion money ahead of the elections. “BJP is using the central agency to crush its opponents,” Awasthi added.

Political observers also see these raids as vindictive. Former editor of The Times of India, Atul Chandra, opined that “the BJP is trying to harass its principal opposition party by conducting these raids”. He suggested that “now Piyush Jain would get relief and a clean chit, but Pushpraj Jain will face prosecution because of his association with the SP”.

However, it is not known yet if the IT sleuths have found anything incriminating yet from SP MLC’s premises.