The PSU denied reports that the emails had been sent only to members of the Sikh community. 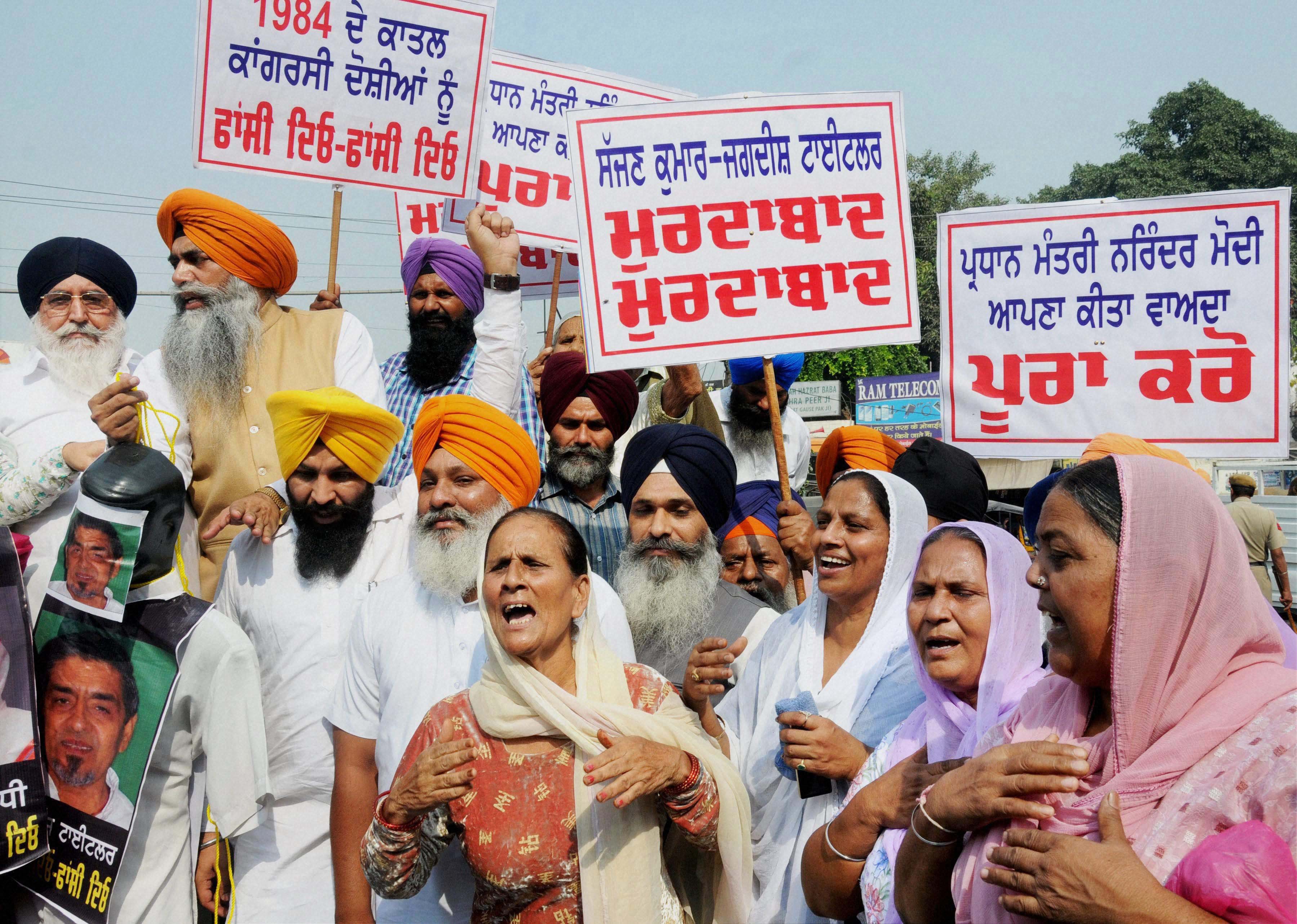 Protestors in Amritsar demand justice for the 1984 massacre of Sikhs. The Modi government has claimed to give justice to 1984 riots survivors in its report about the Sikh community. Credit: PTI

New Delhi: The Indian Railway Catering and Tourism Corporation (IRCTC) sent out nearly two crore emails between December 8 and December 12 to its customers, listing 13 decisions taken by Prime Minister Narendra Modi to support the Sikh community, amidst the farmers’ protest against the Centre’s three farm laws.

IRCTC, a railway Public Sector Undertaking (PSU), emailed the 47-page booklet – ‘PM Modi and his government’s special relationship with Sikhs’ – to its customers as part of the government’s ‘public interest’ outreach to make people aware of the bills and to also squash myths about them, officials said.

The booklets are in Hindi, English and Punjabi.

The emails, which were discontinued on December 12, were sent to the entire database of IRCTC, where passengers key-in their details while booking tickets, the officials said.

The PSU denied reports that the emails had been sent only to members of the Sikh community.

“The mails have been sent to all, irrespective of any particular community. This is not the first instance. Earlier also such activities have been undertaken by IRCTC to promote government welfare schemes in public interest,” an official statement from IRCTC said.

“IRCTC sent out 1.9 crore emails in five days till October 12,” a source in the national transporter said.

Officials also said that the move to send out the emails was a conscious choice as part of a communication strategy for public interest.

“Which professional company or corporate doesn’t analyse the demographic profile of the audience where the communication is to be delivered to? Why are some surprised if a government organisation is able to do as much or even better than what the corporates do day in and day out? One should be happy that the government of the day is as good in disseminating information in public interest,” said an official.

The booklet speaks of the justice given to the 1984 riot victims, Foreign Contribution Regulation Act (FCRA) registration granted to Sri Harmandir Sahib, Jallianwala Bagh Memorial, no taxes on langar and the Kartarpur corridor, among other things under 13 heads.

The booklet was released by union ministers Prakash Javadekar and Hardeep Singh Puri on the occasion of Guru Nanak Jayanti on December 1.

Thousands of farmers, mostly from Punjab and Haryana, are protesting at various border points of Delhi against the new farm laws.

The Centre’s offer to amend the contentious laws has failed to cut ice with the protesting farmers who have stuck to their demand for a repeal of the legislations.