Interview: SP Malkangiri on Handling Maoism and the Recent Success of Surrenders

Maoists see Mahapatra as someone ‘strongly against revolution and specially trained/chosen to control the revolution’ in Malkangiri. 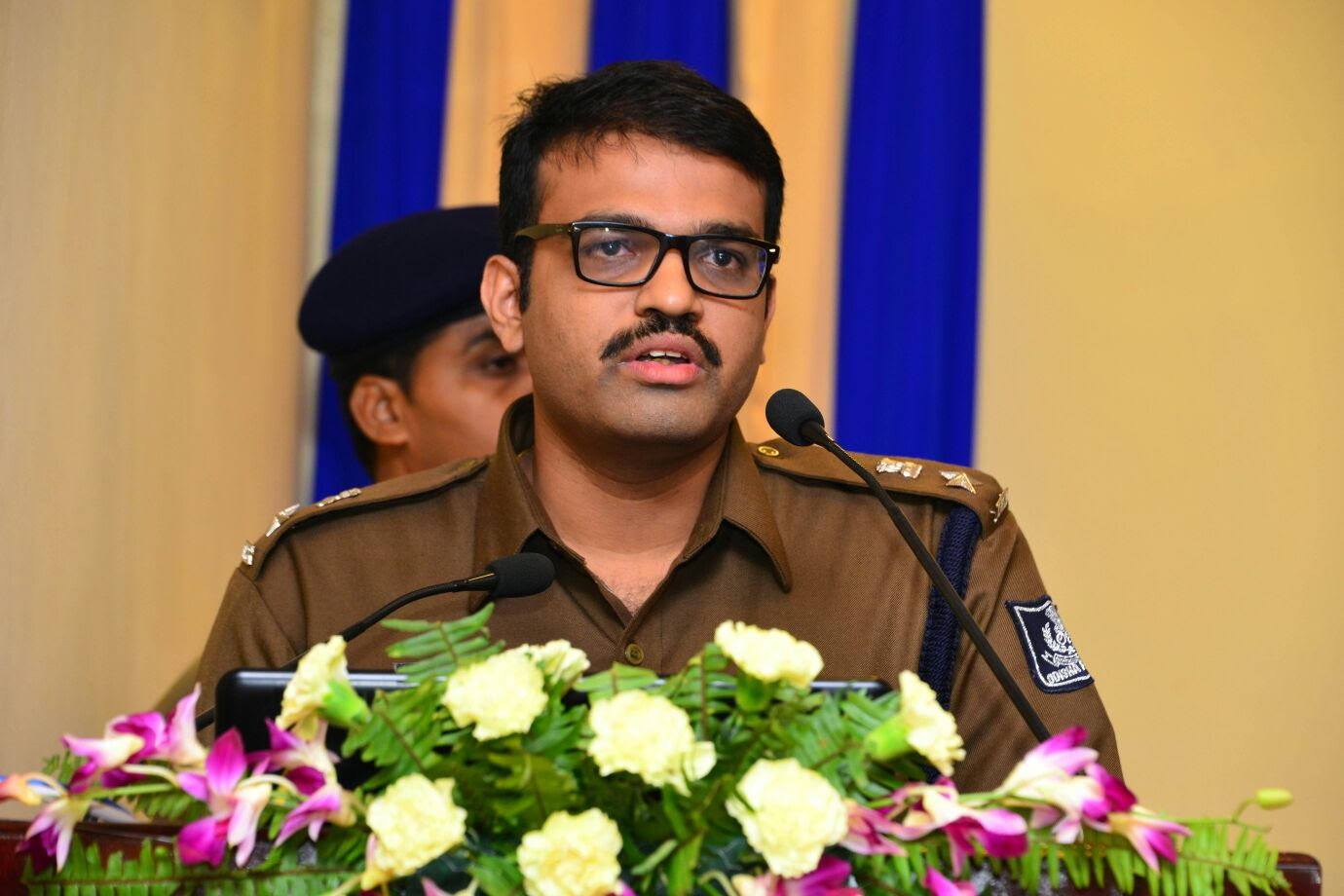 Trained as an engineer, 31-year-old Mitrabhanu Mahapatra is the current superintendent of police in the Malkangiri district of Odisha, posted there since 2014. The Maoists see him as ‘strongly against revolution and specially trained/chosen to control the revolution’. Mahapatra is central to the reports of the large numbers of ‘surrenders’ in Malkangiri.

A self-identified nationalist whose regular tweets about the JNU crisis came into the limelight commented on how the students ‘celebrated’ when 76 jawans were killed in an ambush in 2010 or how they were members of the bourgeoisie who also want to simultaneously abolish it. Mahapatra even tweeted: “How futile is knowledge learning and free Mind it breeds, if it doesn’t inculcate nationalism! Burn 1000 JNUs for one nation #JNUCrackdown.” And, “Some universities produce scientists, engineers, historians, philosophers and teachers; some others produce professional students #JNUCrackdown”

Is there any compatibility with human rights, vis-a-vis habeas corpus, and counter-insurgency operations? Counter-insurgency’s dogma is the gathering of information via any means necessary, so how is that compatible with rights?

Counter-insurgency is a war. Wars can be fought ethically or otherwise. I believe, if the counter-insurgency operations don’t respect human rights, the operations are bound to fail. When the police system matures, the allegations of violating human rights will not come up. Our forces don’t beat people in villages. Rape by security forces is never heard of in Malkangiri. We don’t have a secret chamber to detain people and we have still been fairly successful in such operations.

Gathering information by any means is a tricky job. The only way that we employ is voluntary disclosure. Most of my trusted and best informers are common people who have been living in interior villages, utterly disgusted with the Communist Party of India (CPI) Maoist and want to live peacefully. They are not working for money but for peace. I don’t believe in paying people for information that will make them vulnerable. We don’t use telephone tapping because that is not legally permissible here. We don’t even coerce people to give information because that can lead to false information. We don’t buy information because that will expose the source and he will be killed by Maoists. We get information because people support us. So I believe the counter-insurgency ops are not anti- human rights.

Is it true that many surrenders happen out of the fear of police and because the Naxalites have withdrawn from some areas.

Be it police or Maoists, the fulcrum is people. Insurgency needs public support as its fuel and we need the public support to wean them away from the Maoists. In any given area where there is State, there will also be anti-State sentiment. People are the power factor. I guess we fared better and people are coming to us. It is not the fear of police that they are surrendering. They have been afraid of police since the last hundred years. Laxman Nayak (adivasi freedom fighter) was brutally assaulted, jailed and finally hanged by police in 1945. People were brutally tortured and murdered by police both in pre and post independence era but they did not surrender at that time. Why are they doing it now? Because we are portraying ourselves as their friends and guides, not their masters or tormentors. In Podia or Mathili, the police station has become a single point of contact for all the problems of people. Out of 100 people coming to station in Mathili, 80 will come for issues not related to police, like ration card, Adhar card, caste certificate, education of children etc. This is because they trust us more than a BDO probably. Also, Naxals have withdrawn because their militia have surrendered, people are openly joining the mainstream, coming to police stations, going to Block offices etc. Today, Podia dalam is disbanded because, the militia base of Podia area has en masse surrendered.

Irma Kowaisi, the former Naxal was feared by many. How did you manage to convince him to work for you? What is the guarantee of his security?

Irma Kawasi of Goliaguda was a terror. The government of Odisha had declared a reward of one lakh for him. Luckily, after some hard and smart work, he surrendered. How I made him surrender is a part of tradecraft I can’t reveal. He is working with us because he is indebted to us that we didn’t kill him; he had directly or indirectly participated in murder of at least 10 villagers and at least 20 police men. We made him understand the futility of Maoist movement. His safety is a big concern for me. He is now staying within the police station premise. We have given him a residential quarter as well. But I will be happy when he can go to village and live there freely. His village militia has already surrendered. There is no threat as such in his village also but I am playing safe.

The villagers of Barha claim they had gone to protest against the ‘taking away’ of three of their villagers and then ended up surrendering? Is this true?

Barha was one of the strongholds of the Maoists. In early 2014, two people were arrested from the same village with multiple charges of murder and arson. There were few more such elements in the village. This year, we ‘took away’ three of the strong militia members. We made them understand the futility of Maoist violence and ‘sent them back’ to their villages. They influenced the other militia members who then surrendered. Let me explain it in two points:

Many of the reports in the media claim massive numbers of villagers surrendering, but many of them who are children are also counted as Naxalite sympathisers. Is the media misreporting?

Surrender is a misnomer. In Mathili block alone, we have met more than 1200 people in the last two months. They all did not surrender. Only he can surrender who has criminal cases against his name, or who has been involved in criminal activities or who is an active member of CPI Maoist. These people are not all associated with Maoism. Media is misreporting grossly. Are they sympathisers? No, we consider them as victims of Maoist violence. They don’t surrender. They come to police/admin to demand their constitutional rights. Now if you ask why this surrender fiasco, let me tell you that in each village  Maoists have formed village committees. There will be some village committee members, some militia members and some Chetana Natya Mandali members. In an average village, the number is around 5. These people surrender. For example in Kotapalli, out of 70 odd people only 3 VCM and 3 militia members were present. Media needs masala. Six Maoists surrendering will not make a big news but 70 does. Out of all this 1200 or so people, 230 odd are VCM, militia , CNM members or DKMS members. Many times people bring children requesting us to get them admitted to better schools. Sometimes old people come for a free medical check up. We treat them as victims of Maoist violence and not sympathisers.

During a surrender that took place at Katapalli in Kiang recently, there was no representation from the BDO’s office or collector’s office?

Collector’s representative or BDO don’t come always. They have their own problems. We don’t call them always. As a security professional, I need to look after their safety also. The district has already seen a collector being kidnapped by Maoists. The saga of mass surrender (I use the word surrender for lack of a better word) started last year with Silakota in Podia block. You might remember in 2013, there was a big encounter at Silakota where 13 Maoists died. Silakota was kind of HQ for Podia dalam. When the militia, VCM etc of Silakota surrendered, the collector, PD DRDA, PA ITDA attended the meeting. Within 7 days, villagers from ten more villages came. We regularly invited civil admin representatives but people started asking them difficult questions about development. However, with the help of district admin we have been able to rehabilitate around 50 families displaced from cut off area by the Maoists. We hope that with police playing a proactive role not as security consultant but also as a facilitator of development, Silakota will actually become a model village.