A case was registered under the state's new anti-conversion law. 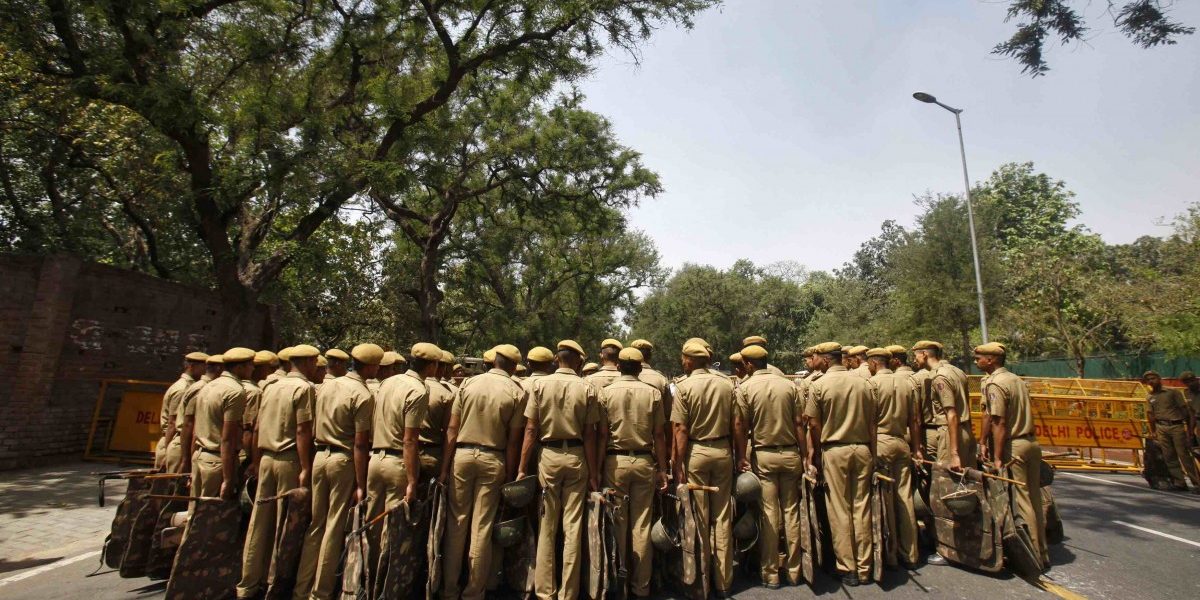 New Delhi: Police in Indore have arrested the parents of a woman and seven other people under the state’s new anti-conversion law for allegedly forcing her to embrace Christianity.

According to news agency PTI, before the arrest of the accused, people affiliated to the Bajrang Dal had created a “ruckus” at Christian centre in Indore on Tuesday, alleging that many persons were being “forced” to convert.

Earlier this month, the state government promulgated the Freedom of Religion Ordinance 2020, which provides for 10 years in jail in some cases if the accused is found guilty of conversion through fraudulent means.

Bhanwarkuan police station in-charge Santosh Kumar Dudhi said that the 25-year-old woman’s complaint says her parents, on the pretext of taking her to her grandmother’s place, took her to a Christian community centre in Indore for a prayer meeting.

The centre, named as ‘Satprakashan Sanchar Kendra’, is located just behind the Bhanwarkuan police station.

“Some women pulled my hands and legs and beat me up there (centre). I was forced to sit in a hall,” says the FIR registered by the police, based on the complaint of the woman, who is from the Gujarkheda village near Indore.

“I was born a Hindu and I practice the same religion…but my mother and those present there were forcing me to convert my religion,” the FIR mentions the woman as saying.

Based on the woman’s complaint, the police registered a case on Tuesday under relevant provisions of the Madhya Pradesh Religious Freedom Act against her parents and others present in the meeting organised on the occasion of the Republic Day.

“Nine people, including the woman’s parents, have been arrested and we are searching for two other accused,” he said.

Meanwhile, the centre’s director Father Babu Joseph said the hall was given to a Christian community group for a prayer meeting.

“But, some anti-social elements entered the hall forcibly, alleging that religious conversion was taking place there,” he said.

“They threw away a mike set and a photo mounted on the wall and created ruckus,” he said.

Joseph said he was not present at the centre on Tuesday, distancing himself from the programme that was organised on January 26.

He said after getting information about the incident, he informed the police, who reached the spot and brought the situation under control.

Meanwhile, a video has gone viral on social media in which some Bajrang Dal workers can be seen raising religious slogans at the centre.

While Bajrang Dal’s local unit head Tannu Sharma alleged that nearly 300 people from Indore, Khandwa, Burhanpur, Jhabua and other districts were called to the centre for “religious conversion”, police have denied the claim.

Bhanwarkuan police station in-charge Dudhi said a majority of those who took part in Tuesday’s programme at the centre told the police that they came there on their own and do not have any complaints about the event.

“Only the complainant said her parents took her to the programme for religious conversion,” the official said.

Maria Stephen, the public relations officer of the Bhopal Archdiocese, told the Indian Express that Hindu right-wing groups are “misusing” the newly passed law. These groups are “manipulating the word conversion to harass the Christian community. There is no regard for one’s human rights or even law and order,” he said.