Although the government has previously said it aims to promote blockchain technology, the proposed law will also deal a blow to its use as well as to the non-fungible token market in India. 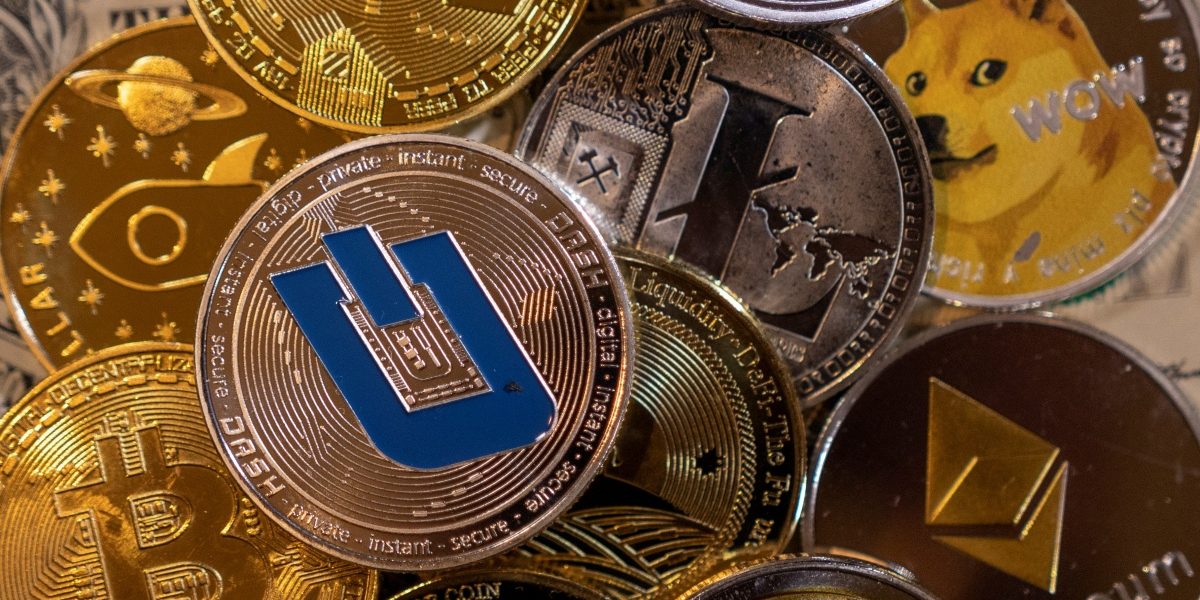 Representations of virtual cryptocurrencies are seen in this illustration. Photo: Reuters/Dado Ruvic

Mumbai: Proposed legislation that would ban the use of cryptocurrencies as a method of payment in India also seeks to make those who infringe the law subject to arrest without a warrant and being held without bail, according to a source and a summary of the Bill seen by Reuters.

Prime Minister Narendra Modi’s government has previously flagged that it plans to ban most cryptocurrencies – a move which follows measures by China this September that intensified its crackdown on cryptocurrencies.

According to the summary of the Bill, the Indian government is planning a “general prohibition on all activities by any individual on mining, generating, holding, selling, (or) dealing” in digital currencies as a “medium of exchange, store of value and a unit of account”.

Flouting any of these rules would also be “cognizable” which means an arrest without a warrant is possible, and “non-bailable,” it said.

The source, who has direct knowledge of the matter, was not authorised to speak to the media and declined to be identified. The finance ministry did not respond to an email seeking comment.

Although the government has previously said it aims to promote blockchain technology, the proposed law will also deal a blow to its use as well as to the non-fungible token (NFT) market in India, lawyers said.

“If no payments are allowed at all and an exception is not made for transaction fee then it will also effectively stop blockchain development and NFT,” said Anirudh Rastogi, founder of law firm Ikigai Law.

The government’s plans to crack down heavily on cryptocurrency trading sparked a frenzy in the market and several investors exited with significant losses.

Lured by a barrage of advertisements and rising prices for cryptocurrencies, the number of investors in crypto assets has surged in India.

While no official data is available, industry estimates suggest there are some 15 million to 20 million crypto investors in the country, with total crypto holdings of roughly Rs 450 billion ($6 billion).

The government now plans to also come down heavily on advertisements that seek to woo new investors, according to the draft summary of the bill and the source.

Self-custodial wallets that allow people to store digital currencies outside exchanges are also likely to be banned, the source added.

The tough new regulations stem from the central bank’s grave concerns about digital currencies and aim to put in safeguards to ring-fence the traditional financial sector from cryptocurrencies, the draft summary of the Bill said.

The Securities and Exchange Board of India (SEBI) will be the regulator for crypto assets, the draft summary also said.