Railways Has No Plan to Do Away With Sleeper Coaches Completely

While trains on some routes will have only AC coaches, that does not mean sleeper class will be discontinued, Railway Board chairman V.K. Yadav said. 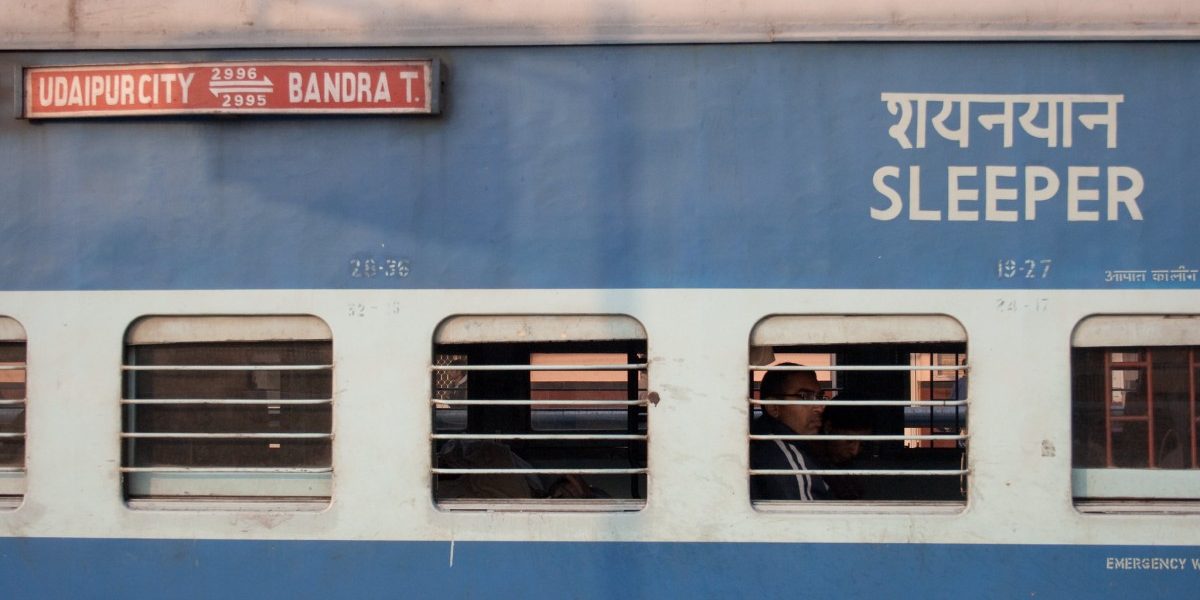 A sleeper coach of the Indian Railways. Photo: DraconianRain/Flickr CC BY NC 2.0

New Delhi: The Railway Board once again clarified that while trains on select routes will have only air-conditioned coaches, the department does not plan to completely do away with sleeper class coaches.

On Thursday, Railway Board CEO and chairman V.K. Yadav said that only air-conditioned coaches would be used on select routes where trains would run at a speed of 130 kmph or higher. According to The Hindu, he said that the Railways has designed a new AC 3-tier coach, which is currently being testing. The new coaches will be introduced next year and the fares will be lower than the current charges for an AC 3-tier berth, he said.

Yadav’s statement comes days after railway ministry spokesperson D.J. Narain said that trains running on identified routes at a speed of 130 kmph or above on the railway network will have only air-conditioned coaches soon, as part of the Railways’s plans to upgrade the network.

He also said on Sunday that the ticket prices for these trains will be affordable and that it should not be misconstrued that all non-AC coaches will be made into AC coaches.

Currently, on most routes, speeds of mail/express trains have a ceiling of 110 kmph or lower.

Premium trains like Rajdhanis, Shatabdis and Durontos are allowed to operate at 120 kmph on significant parts of the Golden Quadrilateral and Diagonals. The rakes for such trains are fit to operate at 130 kmph or above, officials said.

“AC coaches have become a technical necessity wherever the speed of the train is going to be above 130 kmph. The Indian Railways is working on a massive plan to upgrade the railway network to high-speed potential,” Narain said.

Tracks on the Golden Quadrilateral (the network connecting Delhi, Kolkata, Chennai and Mumbai) and its diagonals are being upgraded to cater to speeds of 130 kmph to 160 kmph. The non-AC sleeper coaches would be replaced by AC coaches only for such trains which will be running at 130/160 kmph.

“Non-AC coaches will continue to run in trains running at 110 kmph,” he said.

“It will be ensured that while the price of tickets of modified AC coaches remains very affordable for the passengers, the comfort and conveniences increase manifold and there is substantial reduction in travel time,” Narain said.

The new AC 3-tier coach that is being tested will have 83 berths. “It is planned to have 100 such coaches this year and 200 next year. The coaches will be evaluated and experience gained from the running of these coaches will lead to further progress,” Narain said.

Compared to 72 berths in a sleeper coach, this new AC coach will have 83 berths, but the number of berths in a coupe will remain the same. However, there will be no extra middle berth between side-upper and side-lower berths.

The coaches are being re-designed by moving the electrical units and removing the space reserved for storing blankets and bedsheets, since Railways will stop providing them, due to concerns about the coronavirus spreading through them.

On Thursday, the Railway Ministry also released a new policy for the development of goods sheds aimed at “augmenting terminal capacity through private participation”.

According to The Hindu, the policy will allow private players to develop goods wharf, loading/unloading facilities, facilities for labour, approach road, covered shed and other related infrastructure. Private parties will develop these facilities through their own investments.

As an incentive, a share of the terminal charges and terminal access charges will be given to private participants for a period of five years. They will also be able to earn additional revenue by making use of available space to establish canteens or tea shop or use it for advertisements, the Railways said, according to the newspaper.