India Is Not Moving to Curb Wheat Exports, Official Says

"There is no move to curb wheat exports, as the country has sufficient stocks of wheat," food secretary Sudhanshu Pandey said. 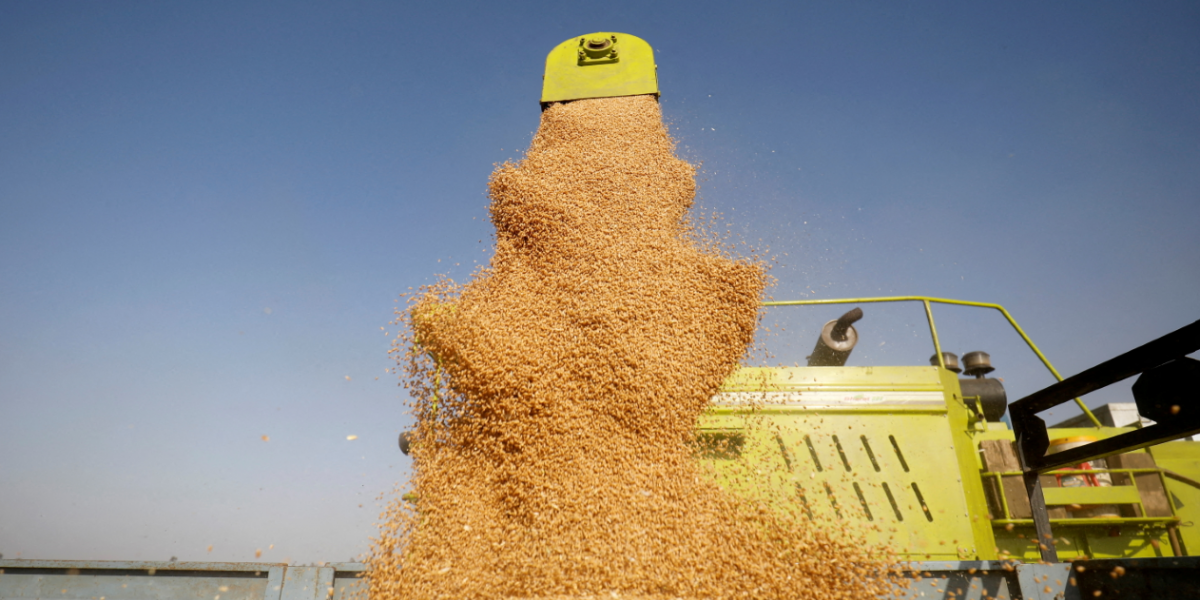 FILE PHOTO: A combine deposits harvested wheat in a tractor trolley at a field on the outskirts of Ahmedabad, India, March 16, 2022. REUTERS/Amit Dave

Bengaluru: India is not moving to curb wheat exports, the top official at the food ministry said on Wednesday, May 4, following an earlier report that the world’s second biggest producer of the grain was mulling restrictions after a heat wave damaged crops.

Food and farm ministry officials said on Wednesday that India can still easily export at least 8 million tonnes of wheat in the current fiscal year that began in April, and that the government would only consider export curbs after any sudden, unexpected surge in overseas shipments.

“There is no move to curb wheat exports, as the country has sufficient stocks of wheat,” food secretary Sudhanshu Pandey told Reuters.

Bloomberg reported earlier that India was considering the move after hot weather curbed its production prospects, feeding concern over world supplies sparked by Russia’s invasion of Ukraine, which has driven soaring food inflation.

The report, citing an unnamed source, said top officials were discussing the move and will recommend it to Indian Prime Minister Narendra Modi, who will then make the decision.

India, which has seen five consecutive years of record harvests, has cut its wheat output forecast to 105 million tonnes from a February estimate of 111.3 tonnes as a sudden sharp rise in temperatures in mid-March cut crop yields.

On Tuesday, addressing the Indian diaspora in Germany, Modi said Indian farmers are coming forward to sell wheat on the world market as many countries struggle to meet supplies.

“Big nations are worried about food security, and at this time India‘s farmers are coming forward to feed the world,” Modi said.