Are We Well-Informed About the Country’s Periphery?

The India-China conflict in Ladakh has shown that the national media's range of sources vis-à-vis the country’s geographical periphery is narrow. 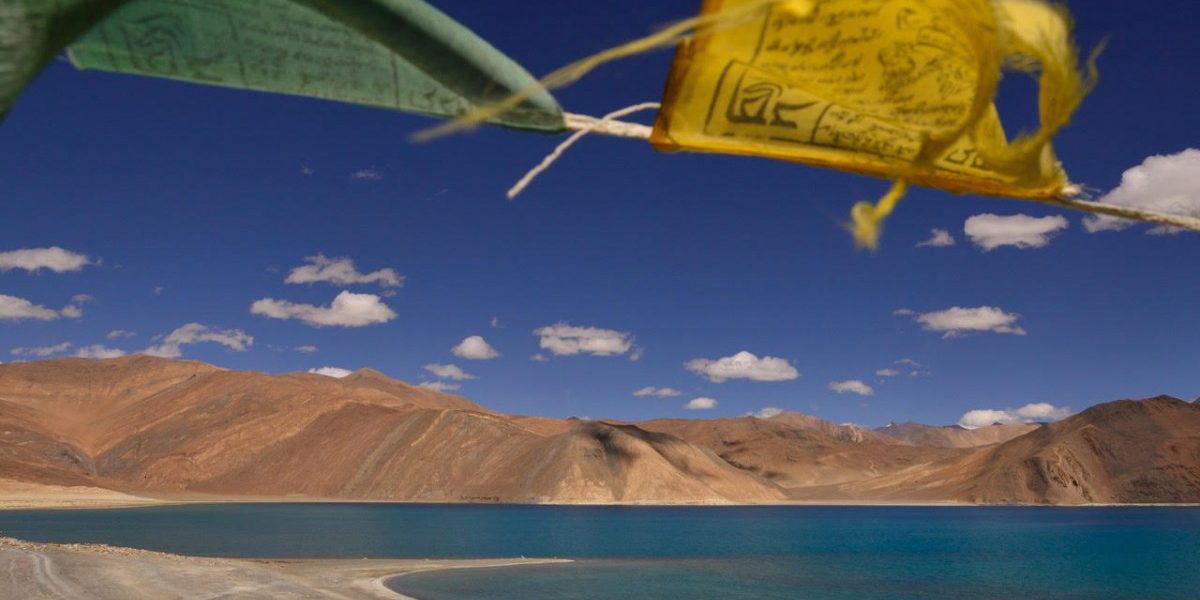 Nearly two decades after the Kargil War, the prolonged standoff with China in eastern Leh has catapulted the remote Ladakh region into the limelight once again. The news media took several days after the initial clashes to figure out the geography of the region. This reminds one of the June 10, 2015 edition of a leading English daily that carried a news report on a “surgical strike” along the Indo-Myanmar border. The actual site of the strike was a few hundred kilometres south of the location shown in the map accompanying the report.

The other noteworthy aspect of the media coverage of the developments in Leh is its overreliance on retired army officers, rather than journalists, academics and retired civil servants. The long response time of the national media and the narrow range of its sources vis-à-vis the country’s geographical periphery is particularly problematic in instances where the government does not share adequate information. Such instances bring into sharp focus the information deficit vis-à-vis the country’s strategically important geographical periphery that suffers from a sustained democracy deficit and economic hardships. The recent experience of Ladakh is revealing in this regard.

The government introduced unprecedented changes in the constitutional status and administrative organisation of the erstwhile state of Jammu and Kashmir. The Jammu and Kashmir Reorganisation Act, 2019 separated Leh and Kargil districts from Jammu and Kashmir to form the Union Territory (UT) of Ladakh. The almost irreversible reorganisation will have far-reaching consequences. For instance, it has reinvigorated the debate in Pakistan on the constitutional status of Gilgit and Baltistan (GB) and also allegedly precipitated the latest round of Chinese belligerence along the Line of Actual Control (LAC). It is not clear though if the reorganisation is informed by a careful consideration of the complexities involved. Most channels of information that feed the government and public debate seem to be clogged.

Just like the media, the government too continues to fumble with the region’s geography. The weather bulletins of Doordarshan have started to cover Pakistan-occupied territories. The bulletins begin with Gilgit and then move on to Leh, Muzaffarabad, Srinagar, Mirpur and Jammu, skipping the crucial region of Baltistan.

Further, the new political map of India, the 8th, 9th and 10th editions, issued by the Survey of India territorially includes GB in Leh district of Ladakh. Earlier editions respected the historical administrative and cultural boundaries of Gilgit and Ladakh, but these are overlooked in the revised map. Interestingly, the revised map does not erase the internal boundaries of the Pakistan-occupied part of the UT of Jammu and Kashmir. If for some reason the Pakistan-occupied part of the UT of Ladakh must be included in one of the districts on the Indian side, at least, the territory adjacent to Kargil should have been included in that district on historical and cultural grounds. 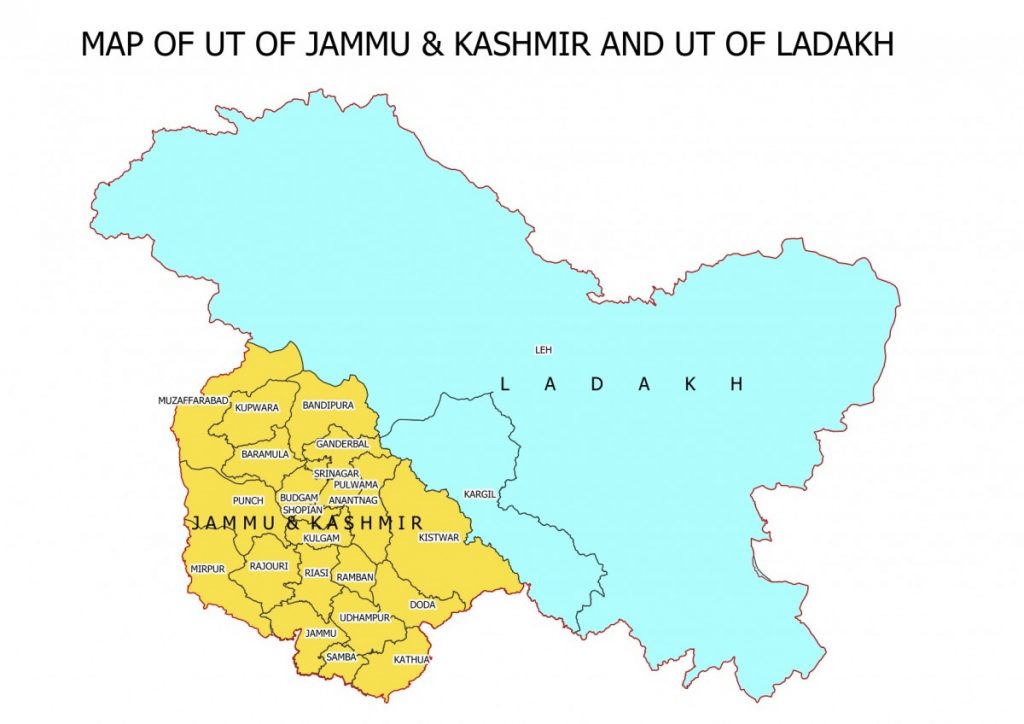 New map of the UTs of Jammu and Kashmir, and Ladakh. Source: GOI

The cartographic confusion has serious consequences. As per the 1995 delimitation, the legislative assembly of the erstwhile Jammu and Kashmir had 111 seats, out of which 24 were left vacant “until the area of the State under the occupation of Pakistan ceases to be so occupied and the people residing in that area elect their representatives”. There were 100 seats in the assembly including 24 vacant seats between 1975 and 1995 and 25 vacant seats before that.

As per the Jammu and Kashmir Reorganisation Act, 2019, all the 24 vacant seats, including the seats of GB, belong to the UT of Jammu and Kashmir. This creates an anomalous situation because GB falls in Jammu and Kashmir for legislative and electoral purposes even though it is part of the territory of Ladakh, which does not have a legislature.

As discontinuing GB’s representation would have diluted the claim to the disputed territory, the government seems to have devised the clumsy solution of mapping GB to two different UTs. This solved one problem but created another, as now the people of Ladakh are denied a right that has been notionally extended to GB. Government sources of information on Ladakh’s demography such as census are as muddled as the maps. In short, the regular channels of information are not in a good shape in Ladakh. The same can be said about other peripheral states such as Nagaland.

Other sources of information for the government such as intelligence agencies and the bureaucracy are either not able to provide reliable inputs, or policymakers are not agile enough to act upon the inputs. This has been evident through the government’s delayed response to the “unexpected” Chinese belligerence along the LAC and the equally “unexpected” call for a boycott of elections in Leh.

Also Read: Why the Delimitation Exercise in Jammu and Kashmir Calls for Caution

The intelligence failure needs to be judged against the Bharatiya Janata Party’s 2014 Lok Sabha manifesto that promised a three-tier reform to “overhaul our intelligence set up”. First, it stressed the need to “gearing it [the system] towards collecting real time, specific and actionable inputs.” Second, it emphasised the need to make the National Security Council “accountable for real-time intelligence dissemination.” Third, it appreciated the need to “insulate intelligence agencies from political intervention and interference.”

Given the shortcomings of official sources, civil society and faith-based organisations, journalists and academics from the periphery could be tapped for inputs. Due to their small population, Ladakhis have minimal representation in national-level organisations. There is not much social scientific research on the region either. The reach of the national media is circumscribed by the absence of permanent correspondents, limited air connectivity with the national capital, skewed location of the airport and poor road connectivity. 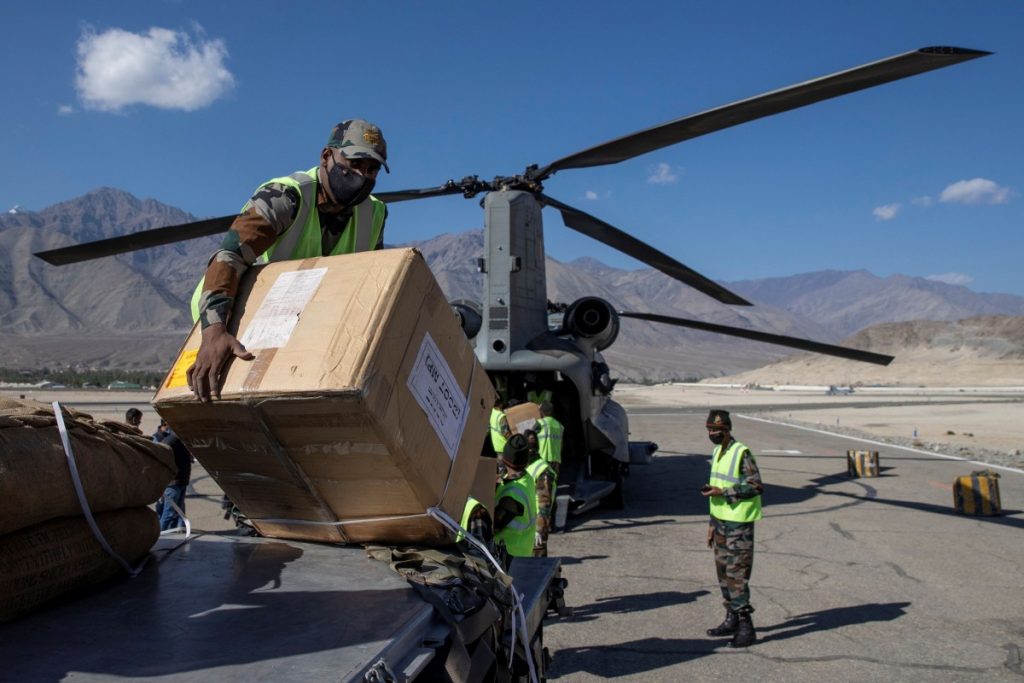 Even political channels are unreliable

Political channels of information become important under these circumstances but even these are unreliable. Most peripheral states/UTs have one representative in each house of the parliament, who invariably belongs to the ruling party or its ally and is unable to take an independent stand.

When Ladakh MP Jamyang Tsering Namgyal addressed the Parliament on Article 370, he rightly pointed out that Kargil was not restricted to the market in the district headquarter. He mentioned several villages and towns of Kargil district where there was widespread support for the proposed change in Ladakh’s political and administrative status. It is not clear if his party noted that he mentioned only select areas rather than present an unbiased sample of opinion from Kargil. In other words, the government does not have access to unbiased political inputs either, which perhaps explains why it failed to grasp the seriousness of the demand for Sixth Schedule status in Leh and anticipate an all-party boycott of hill council elections in the middle of flare-up along the LAC.

Given the dismal state of official and non-official sources of information on the periphery and the media’s focus upon conflicts and mega-infrastructure projects catering to national security, our public debate is dominated by security experts. The narrow range of inputs to the public debate relax the accountability of the government to the people in the periphery and we are surprised when things go wrong. It is time that both the government as well as the media and academia addressed the information and understanding deficit in our public debate on the country’s geographical periphery.

The author teaches economics at Azim Premji University, Bengaluru, and is co-author of Numbers in India’s Periphery: The Political Economy of Government Statistics, Cambridge University Press (2020).