Over 6 Lakh Indians Gave Up Citizenship Since 2017: Union Home Ministry 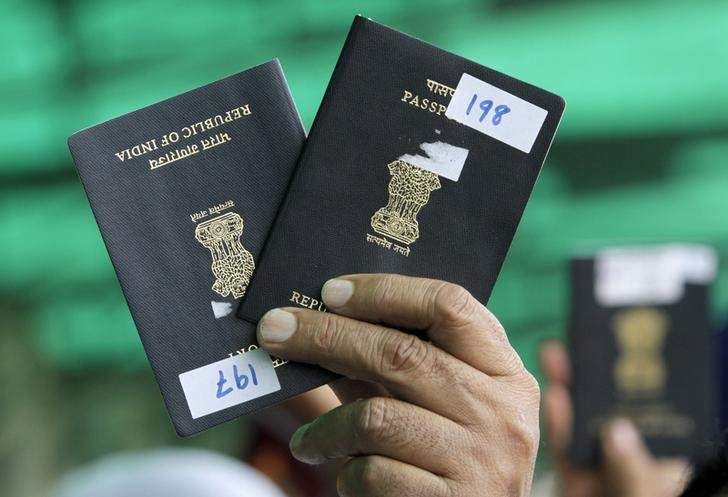 New Delhi: Over the last four years, from 2017 to September this year, 6,07,650 persons relinquished their Indian citizenship. On the other hand, just 4,177 persons were granted citizenship between 2016 and 2020, data from the Union home ministry has revealed.

Simply put, for every one person who has been granted Indian citizenship in the past four years and more, 145 persons have forgone their citizenship.

The above data was provided by the home ministry to the Lok Sabha in response to Congress MP from Kerala Hibi Eden’s query.

Also read: Explained: The Nuts and Bolts of Indian Citizenship

According to the data furnished by the ministry, for nearly every 10 people who applied for Indian citizenship during the 2016-20 period, only four actually got it.

Most applications for citizenship came from Pakistan

To a query by Eden on the implementation of the Citizenship Amendment Act (CAA) and the National Register of Indian Citizens (NRIC) and the progress made so far, the minister replied that CAA was notified on December 12, 2019 and came into force on January 10, 2020.

He added that “the persons covered under the CAA may apply for citizenship after the rules are notified under the CAA”. As for the NRIC, he said the government had not taken any decision to prepare it at the national level. Citizenship applications were invited in May 2021 under the 1955 Act

The rules for CAA haven’t been framed yet despite the fact that the Act concerned was enacted nearly two years ago. The CAA provides for a fast track route to citizenship for non-Muslims from Bangladesh, Pakistan and Afghanistan.

In May this year, the Centre allowed Hindus, Sikhs, Jains, Parsis, Christians and Buddhists from these three countries, and who are residing in certain 13 districts of India, to apply for the host country’s citizenship. However, the applications were invited under the Citizenship Act of 1955 since the rules pertaining to the amended Act are yet to be finalised.

Demand for repeal of CAA growing

The controversial citizenship legislation continues to find resonance in the politics of Uttar Pradesh and four other states where assembly elections are scheduled next year.

Recently, the president of All India Majlis-e-Ittehadul Muslimeen (AIMIM) and Lok Sabha MP from Hyderabad, Asaduddin Owaisi, threatened to turn “streets into Shaheen Bagh” if the CAA and NRC laws were not repealed. He was addressing a public meeting in Barabanki in Uttar Pradesh and his reference to Shaheen Bagh was with regards to the months-long people’s protest outside the South East Delhi colony against contentious CAA and NRC laws from December 2019.

Recently, the National People’s Party, an ally of the BJP-led government at the Centre, has also demanded that CAA be repealed. Its MP Agatha Sangma said: “In the floor leaders’ meeting of MDA parties, I demanded the government to repeal the Citizenship (Amendment) Act, 2019 keeping in mind the sentiments of the people.”

Her demand came in the wake of news that several Assam organisations were planning to resume the anti-CAA stir following the Centre’s decision to repeal the three farm laws.