After a Day of Silence, Centre Finally Addresses Violent Clash at India-China Border

The Union government has been tight-lipped on the escalating situation between China and India since April. 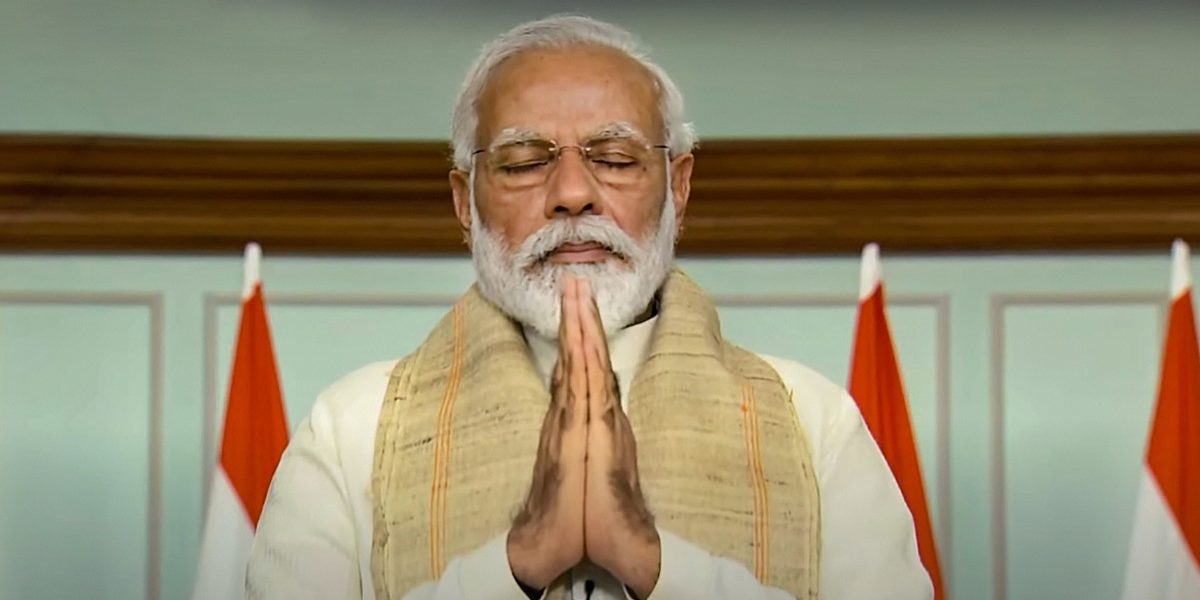 New Delhi: It took a whole day for the prime minister and the Union defence minister Rajnath Singh to make their first comment on the Sino-Indian face-off in eastern Ladakh. Even as the Indian Army confirmed first that 20 soldiers, including a colonel-rank officer, were killed by China’s People’s Liberation Army, the usually-vocal Narendra Modi refrained from making a statement. His cabinet ministers also remained conspicuous by their silence, even as the Indian Army, in different press statements, raised the death toll from three on Tuesday afternoon to 20 by late evening.

On Wednesday afternoon, the PMO broke its silence and tweeted that Prime Minister Modi has called an all-party meeting to discuss the “situation in the India-China border areas”.

In order to discuss the situation in the India-China border areas, Prime Minister @narendramodi has called for an all-party meeting at 5 PM on 19th June. Presidents of various political parties would take part in this virtual meeting.

Minutes before, the Union defence minister also gave his first response by expressing his grief for the death of Indian soldiers.

The Nation will never forget their bravery and sacrifice. My heart goes out to the families of the fallen soldiers. The nation stand shoulder to shoulder with them in this difficult hour. We are proud of the bravery and courage of India’s breavehearts.

Later in the day, Modi also said that he wouldn’t let the “sacrifice of the Indian soldiers go in vain”, and that India was well-placed to give a fitting reply to China. He warned that if provoked, Indian will not compromise with its “integrity and sovereignty”, and that it can prove its strength and capabilities anytime.

However, the prime minister’s statements came after almost two months of silence on the issue. The Union government has been tight-lipped on the escalating situation between China and India since end-April, when intelligence reports first came in about possible Chinese army buildups across the Line of Actual Control (LAC) in eastern Ladakh. Over the last few days, the government has insisted that though a tense situation prevailed in the India-China borders, both the countries were attempting to de-escalate. It also said that both armies have decided to disengage from the border areas, and indicated that the status-quo on LAC continued to be maintained.

However, the death of 20 soldiers amidst such assurances had the opposition parties clamouring. While saying that the whole country stood as one, they demanded that the Union government should at least indicate the enormity of the situation and asked for some clarity over whether Indian “territorial integrity” was indeed breached by the Chinese army. It also enquired why both the armies clashed on Tuesday if they had decided to disengage.

Reports coming from #GalwanValley are disturbing. Why did our soldiers lose their lives during a de-escalation process? In national interest, the PM and RM should offer a clearer picture to the nation on the border issue with the Chinese. #LADAKHSTANDOFF

Akhilesh Yadav said that the government is expected to “tell the truth” in the matter at least to pay its respect to the slain soldiers. While expressing his solidarity with the government on issues of national security, he posted a few parliamentary speeches by his father Mulayam Singh Yadav in which he had raised dangers posed by China in the border areas.

Dear @PMOIndia @narendramodi ji…Request you with folded hands! Please call an All-Party Meeting immediately. Since 1962 we have never heard of such distrubingly chilling news. Martyrdom of forces have a story to tell to the nation. Please!! #GalwanValley

Other opposition leaders also pitched in to pay their tribute to the dead soldiers and show its support to the government but urged it to clear the air around the matter.

However, on Tuesday, even as the air was filled with uncertainty, the government let the pliant big media do the talking, much of which was speculative in nature. While a television channel attempted to bail out the government by putting the onus on the Indian army, some blamed the opposition parties for asking tough questions to the government. Then there were those who thought asking questions on the situation was “petty politics”.

There’s a bunch of Cassandras who are delighted that the Modi Governent is on the back foot with China. Folks, this is about the Indian Army. Can you put your petty politics on the back burner please. This is India vs China. Not BJP vs China. Politics can wait.

She is being loyal to her paymasters and proving that for her, Modi’s image is more important than India

How much more shameless can the Indian media get?pic.twitter.com/9y4zKKtZSl

Even as reporters tried to dig deep and collate information from the available facts and their trusted sources in the Army, there was still no clarity over what the situation was, mostly because of the government’s reticence to take questions on the issue. This further fuelled speculations, with many television anchors advocating a war with China.

Late Tuesday evening, ANI reported that the death toll has been higher on the Chinese side, and cited unnamed sources to report that 43 Chinese soldiers were killed by the Indian army as compared to 20 casualties on the Indian side. However, there was no confirmation of this either by the Union government or any other international media. Security experts like K.C. Singh went on to take a dig at the ANI report. “NSA & his agencies can intercept PLA comms to find details about Chinese soldiers killed but not PLA crossing LAC into acknowledged Indian valleys,” Singh commented on Twitter.

Indian intercepts reveal that Chinese side suffered 43 casualties including dead and seriously injured in face-off in the Galwan valley: Sources confirm to ANI pic.twitter.com/xgUVYSpTzs

However, this seemed enough for the BJP IT cell to toe a similar political line on the sensitive matter. Since ANI’s report, social media has been flooded with messages and GIFs that say the casualties on the Chinese side were higher than India, in what is a clear attempt to stoke hyper-nationalist emotions. This swell on social media was led by none other than the BJP IT cell chief Amit Malviya.

By all accounts, both in national and international media, strategic affairs and security experts included, the casualty on the Chinese side is far higher than on the Indian and the LAC was not violated.
This has however upset some ‘assets’, who have been spinning vile stories…

This narrative was given further fillip when the prime minister in his address on Wednesday said that our soldiers “maarte maarte marein (died while killing)”.

Where were BJP big-wigs on Tuesday when information was at a loss?

Immediately after the PMO called for an all-party meet, most BJP top leaders and Modi’s cabinet ministers were quick to express remorse at the deaths of Indian soldiers. However, this was preceded by a full day of marked silence.

Let’s see how the two most important ministers who are supposed to be handling this national security crisis responded even as the India-China border dispute escalated.

On Tuesday, however, he only retweeted the prime minister’s speech during his virtual interaction with chief ministers on COVID-19.

On the other hand, the Union defence minister’s silence was rather stark. He posted multiple pictures of his “Jan Samvad” virtual political rally for Uttarakhand on June 15, when the situation must have been tense at the Sino-Indian border. On June 16, he did not post a single message on Twitter.

He spoke about how the BJP-led government in the hill state took steps to ease pilgrimages to Mansarovar, then he went on to talk about misunderstandings between Nepal and India and alerted people that the relationship between the two countries was not ordinary and that the two countries shared “roti-beti (bread-and-daughter)” kind of a equation.

He also spoke about how the dilution of Article 370 had made Jammu and Kashmir a “truly secular region”.