In UP's Chitrakoot, the Administration Only Has Quick Fixes for the Water Crisis

A small village in the district is symptomatic of the gap between policy making and implementation in Uttar Pradesh. 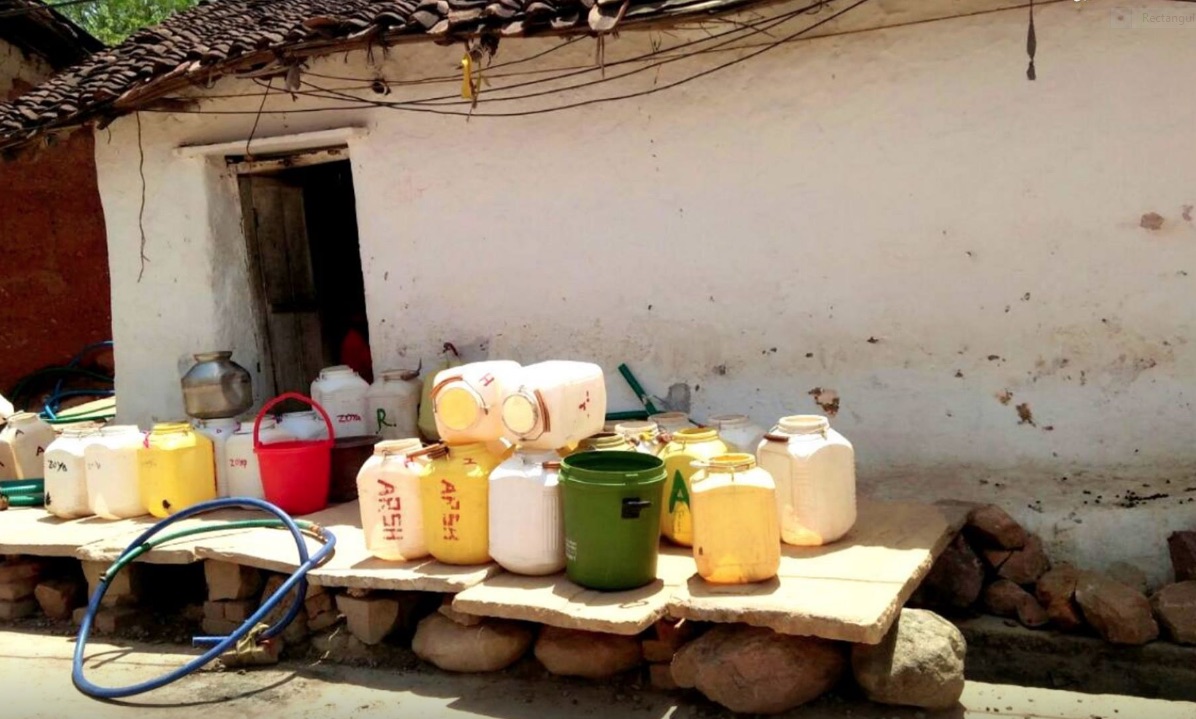 Nine years ago, a special package was put together to tackle and/or mitigate drought in high-risk zones, particularly the Bundelkhand region of Uttar Pradesh and Madhya Pradesh. These packages were sanctioned by the government to be implemented over a period of three years.

This 2009 decision has since been invoked by all major political parties in Uttar Pradesh whenever Bundelkhand is the subject of discussion, usually at the time of elections and campaigning. Every player of rajneeti in the state and every chief minister, be it Mayawati, Akhilesh Yadav or Adityanath, has appealed to the Bundeli voter, promising a new Bundelkhand package.

Today, the small of village of Nadin Kurmiyan in Chitrakoot district is yet to see any of these benefits trickle down to it – or its local hand pump.

Ramkali, a resident of this village, says she has had to walk a great distance to get water for her house ever since the water from hand pumps reduced from a miserable trickle in recent times to nought. Radha Devi, another resident, tells how crucial water is, almost matter of factly – “eating, cleaning, washing clothes, drinking”. She is one among several teenaged girls in the hinterland who spend long hours queued up, buckets of water in hand.

Earlier this year, the pradhan of Rampur village, also in Chitrakoot, while speaking of the water crisis in his village, had told us that the wells and hand pumps had witnessed a drop in water levels, even though further boring had been done. The local MLA had declared, in response, how his administration would find water “even if it dipped to below 400 feet”. The ground reality of water levels in Bundelkhand, especially in regions that have been marked ‘Dark Zones’ since 2008, has been in clear opposition to establishment findings, such as reports claiming nearly a year ago that the water levels had gone up by 8 metres.

Suresh Chandra, the village development officer, explains that the fixing of tubewells has resulted in an overall drop in groundwater levels. Extreme measures have been taken, he says, “Boring has been done. We deployed those big machines, but it has not been successful here.”