In UP, a Well's Water Turned White, but Official Says It's 'Too Cold' to Inspect

The well is the primary source of drinking water for the residents of Chitrakoot's Baktakhurd village. 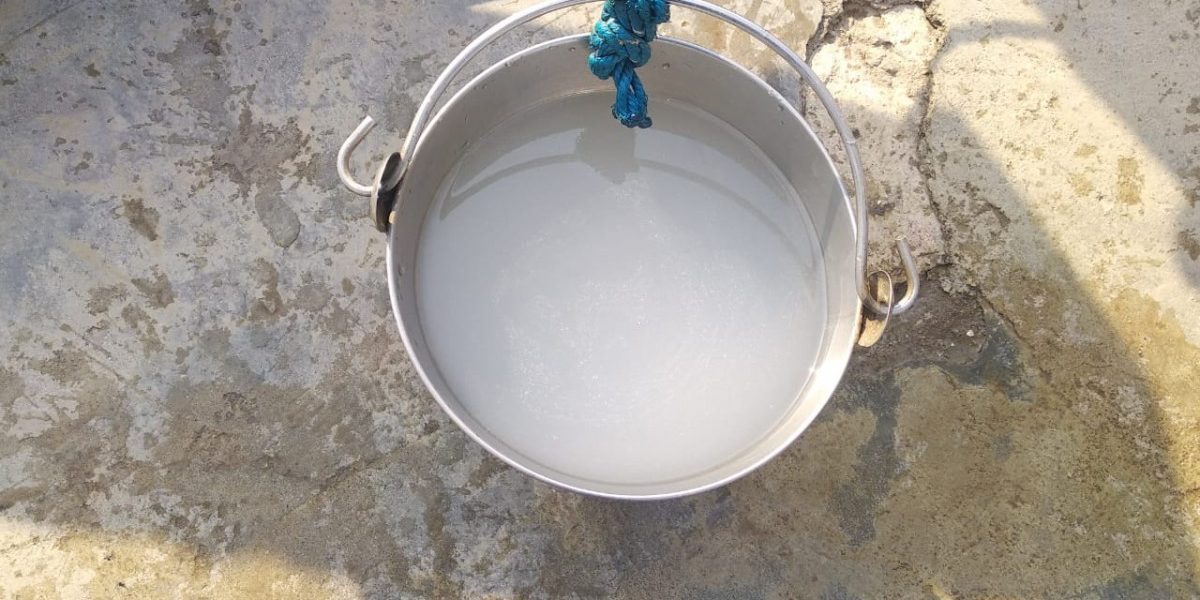 Without an official investigation, the rumour mill has been overactive, and half-baked theories have been floating around. Credit: Sahodra Devi/Khabar Lahariya

“People noticed that the water changed colours that very morning. It has never happened before,” said Rajendra, a resident of Baktakhurd village in Chitrakoot’s Pahari block. He was describing the water of an age-old well, which went from being clear to cloudy white almost overnight on January 30.

“It has a very foul smell, but I don’t know what it has been contaminated with,” said another villager Chedilal, adding: “When we throw in a container to draw up the water, it sticks to the container which then also starts to smell.”

News of stinky water travels fast. Ramprasad, the village head’s husband, told our reporter, “When I heard the news that morning, I came to see for myself. I even took a couple of sips of the water. But I can’t figure out the reason for it.”

The block coordinator, Dharampal Yadav assured that an authorised team will inspect the issue. “And if they need any help from me, they will have my full assistance,” he said. However, when asked when the team is likely to visit, Yadav gave a ludicrous response: “See, it is very cold these days. And the well is quite deep. None of the workers would be willing to go there right now.”

The well in question is the primary source of drinking water for not just the residents of Baktakhurd – largely Dalits – but also for those of nearby villages. “No water is supplied to this village,” said Chedilal. “People are scrambling to find sources of fresh drinking water as there is no supply here,” added Rajendra.

“Some of us get the water from the school but once it shuts in the evening, we don’t have anywhere to go,” Chedilal noted another problem, “The teachers in the school which gets drinking water refuse to let us take any, claiming that it is only for the school.”

Without an official investigation, the rumour mill has been overactive, and half-baked theories have been floating around. “Some think that someone has put milk in the water, some think it’s chemicals, but these are all guesses,” said Rajendra. The bottom line is drinkability, said Chedilal, “We don’t know if the water is just discoloured or harmful. For all we know, it could be poisonous.”

Issue not limited to one UP village

This particular combination of issues – a single source of water, contamination and an apathetic bureaucracy – is not unique. The reality, research has found, is that India is suffering its ‘worst water crisis’ in history. More than 16.3 crore people in India don’t have access to clean water, the highest in the world.

Seventy percent of India’s water is contaminated, impacting three in four Indians and contributing to 20% of the country’s disease burden. UP is no exception: Arsenic and nitrate contamination of groundwater has been previously flagged as a problem in the state. Even in Pahari, of the sources of water that have been tested, 27 of the 91 have contaminants above permissible limits. And this is not even including the “water that looks like milk”, as Ramprasad put it.

This water shortage has severe consequences. “Humans and animals alike are suffering greatly. Every single person in this village is suffering without water,” said Chedilal, “I have never seen the problem escalate to this extent in my life.”

Yadav, meanwhile, takes us through his plan to deal with the issue at hand. “Last year, we even organised a cleaning of that well at the request of the villagers. The well is too deep and the water levels were too low,” he explained, “But when we cleaned the well, it was filled with clean water.”

When asked when he intends to fix the problem at hand, he said: “As soon as we see the first hint of summer, we will address the issue.”