Lavasa had dissented against the EC's clean chit to Narendra Modi in the run up to the 2019 Lok Sabha elections. 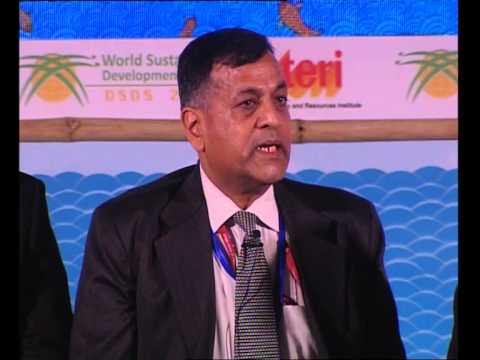 Jaipur: The Income Tax (I-T) department has once again brought election commissioner Ashok Lavasa under the scanner, this time alleging stamp duty evasion during the transfer of an apartment in Gurugram from Lavasa’s wife, Novel Lavasa, to his sister, Shakuntala Lavasa.

According to the Indian Express, the I-T department has written to Haryana’s additional chief secretary and financial commissioner to further enquire into the “discrepancies” between the I-T returns and registered transfer deeds of the property.

“The communication was shared with the Deputy Commissioner of Gurugram on December 9. We haven’t received his reply yet. We have reminded him to apprise IT department and also my office,” Haryana’s financial commissioner of revenue and disaster management, Dhanpat Singh, told the Indian Express.

The I-T department says that Novel’s returns show that she sold the first floor of the four-storeyed building in Gurugram to Shakuntala Lavasa for Rs 1.73 crore and Shakuntala, in her returns for 2017-18, has shown the same property as “self-occupied”.

However, the registered transfer deeds show that Novel gifted the property to her husband on December 27, 2018 and Ashok Lavasa, in turn, gifted the same property to his sister, Shakuntala Lavasa, on January 21, 2019.

As per the 2014 order of the Haryana government specifically exempting gift of immovable property between blood relatives and spouses from stamp duty, therefore, this transfer of property couldn’t attract stamp duty.

“There is no evasion of stamp duty, which has been paid as per applicable rates by the person liable to do it. It is for the department to ascertain the facts and not indulge in selective leaks, ” Ashok Lavasa told the Indian Express.

Ashok’s family have been under the income tax department’s scanner in recent months.

In November, Lavasa’s son Abir Lavasa was reportedly being probed by the Enforcement Directorate under the Foreign Exchange Management Act, along with the company he is the director of.

Earlier in September this year, the Income Tax department had issued a notice to Lavasa’s wife, regarding her income as an independent director of over a dozen companies, to probe whether she put herself in an advantageous position because her husband had served as the secretary in the government of India.

According to the Indian Express, on August 29, chief vigilance officers of public sector undertakings received a confidential communication asking them to check their record for any “undue influence” Lavasa may have exercised during his tenure in the power ministry.

“The chief vigilance officers have been asked to “verify your records for any evidence regarding involvement in any decision making concerning or exercise of influence, in any form exercised by Shri Ashok Lavasa in securing any benefits to these companies/ associated companies for eg in the form of award of contracts/arbitration awards; placing of supply/commercial orders; entering into MoUs/commercial agreement and other financial accruals etc,” Indian Express quoted the letter as saying.

Lavasa’s sister and son have also been probed by the tax department. Shakuntala Lavasa, his paediatrician sister, and his son Abir also received similar notices from the I-T department in August.

Election commissioner Lavasa had dissented at least five times against majority decisions during the campaign for the 2019 general elections a few months ago. Most of these cases were related to complaints against prime minister Narendra Modi and Union home minister Amit Shah for allegedly violating the Model Code of Conduct. His daughter, Avny Lavasa, in her position of Leh’s district election officer, had accused army officials of indulging in electoral malpractice around the same time.