DDC members staged protests and boycotted an official programme over their status and honorarium, which they said was lower than deserved. 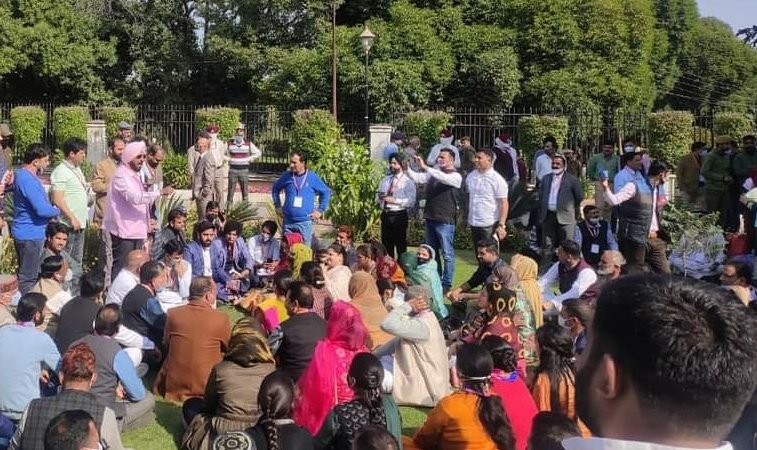 Srinagar: In a major embarrassment to the administration of Jammu and Kashmir Union Territory, the newly-elected members of district development councils (DDCs) in the Union Territory on Tuesday, March 9, staged protests against what they said was a “humiliating and insulting” protocol announced for them.

The representatives, elected from the grassroots, also boycotted en masse a government programme. This comes at a time when the administration is eager to showcase the representatives to the world as an example of democracy achieved by the Central government after reading down Article 370 and withdrawing the erstwhile J&K’s special status.

Protests and boycott of programme

All elected members of DDCs, including their chairpersons and vice-chairpersons, were scheduled to attend a training programme, which was organised by- J&K’s Rural Development and Panchayati Raj department at convention centre Jammu. The programme was scheduled to be inaugurated by Lieutenant Governor Manoj Sinha.

But the DDC members – instead of entering the convention centre – gathered in its lawns and staged protests there to seek better status and honorarium.

It was a rare show of unity as DDC members are from various political backgrounds, spanning National Conference, Peoples Democratic Party, Peoples Conference, Congress and Apni Party. Even BJP members took part in it and were at its forefront.

The administration’s efforts to pacify the protesting DDC members did not fructify as they demanded withdrawal of both the orders issued by authorities on their status and honorarium.

With DDC members showing no signs of relenting, the government was had to cancel the two-day capacity building programme.

Orders on protocol and honorarium

The administration on Monday amended the warrant of precedence to accommodate DDC chairpersons, vice-chairpersons and members for ceremonial and state functions.

Members of DDCs are now equivalent to chairpersons of block development councils, district magistrates, officers of the rank of brigadiers and equivalent, major heads of departments, district and sessions judges and presidents of municipal councils and municipalities.

Each DDC chairperson will get Rs 35,000 honorarium per month, while a vice-chairperson and member would respectively get Rs 25,000 and Rs 15,000 each month.

“It (the protocol and honorarium) is a humiliation for us. We put our lives at stake to fight the elections in Kashmir but we feel used,” said Shabir Ahmad Lone, DDC member from Rohama, Rafiabad.

Shabir, who is affiliated with National Conference, said the government has made a mockery of the institution. “The masses had expectations of us but what can we do for them when we are ourselves without powers?” he said.

Chairperson of DDC, Reasi, Sarf Singh Nag said the “bureaucracy does not want to dilute its upper hand and hegemony in J&K”. “We were promised that model DDCs will be set-up in Jammu and Kashmir but we have not got the status of our counterparts. In other states and UTs, chairpersons of DDCs have status equivalent to the cabinet minister or minister of state but we have been accorded status equal to bureaucrats,” he said. 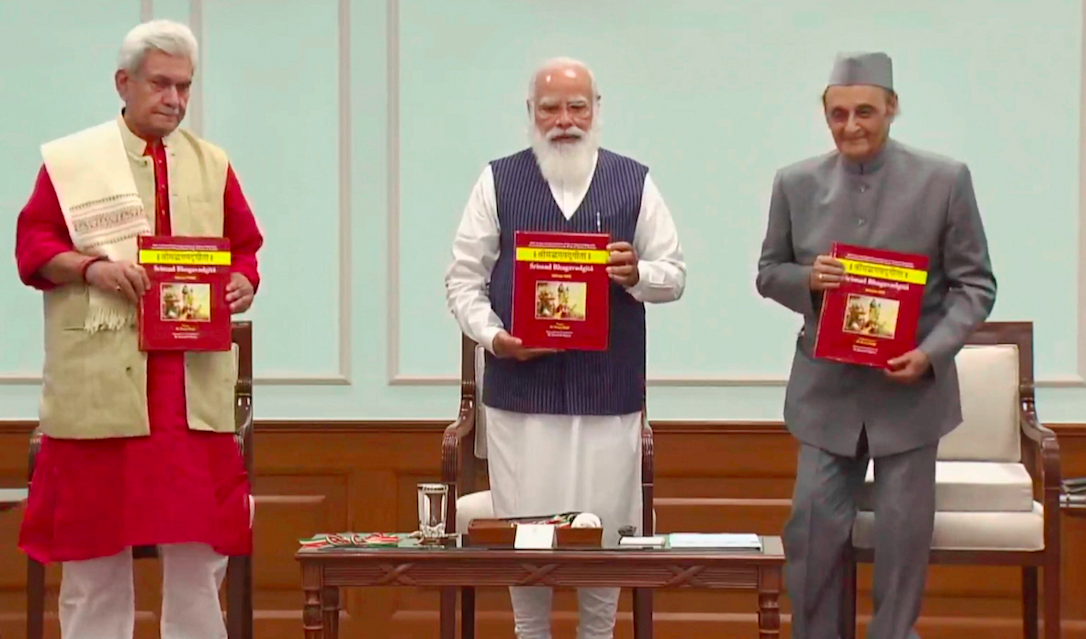 Chairperson of DDC Baramulla, Safeena Baig, told The Wire that Prime Minister Narendra Modi should look into who has “sabotaged” his dream initiative of strengthening grassroots institutions in J&K.

“The DDC election was the first political outreach of the Centre in J&K after August 5, 2019 and it was the dream of the Prime Minister Narendra Modi to strengthen Panchayati Raj institutions in J&K. But this move has disappointed the people of Jammu and Kashmir. I appeal to the Prime Minister and Home Minister to look into who has sabotaged this initiative. They should intervene to accord dignity to all elected DDC members so that they can deliver,” she said.

She said the protocol announced by the administration was “humiliation to the mandate of the people of Jammu and Kashmir”. “It is not a question of our individual perks and privileges, but how we can execute development works without having power and authority? Who will listen to us when we don’t have authority?”

DDC protocol powers disappointment – humiliation. Problem is the new stakeholder created by the union Govt post August 5- BUREAUCRAT Ever powerful. He/she will never facilitate democracy. will c anybody elected by people as a threat. This is simple analysis. And no rocket science

Congress state president Ghulam Ahmad Mir took potshots at the BJP over the protocol and honorarium of DDC members.

“BJP Govt miserably failed to strengthen the Panchayati Raj Institution, the false slogan of empowering #DDC’s & democratic institutions has once again exposed the BJP Govt before the people,” he tweeted.

Strongly urged the Government to make immediate necessary changes in the precedence list so that the #DDC Chairmen, Vice-Chairmen and members do exercise their authority for which they have been chosen and authorized to work for the welfare of people.@INCIndia @rajanipatil_in pic.twitter.com/CQBi4O19xo

The BJP UT president Ravinder Raina wrote a letter to the LG to seek better status for DDC members as well.

Since June 2018, J&K is without its own elected government and is administered by the Centre through the LG, who is assisted by advisors and bureaucrats. Jammu and Kashmir has been under direct central rule for the past two and a half years.

The DDC election was the first major electoral exercise in J&K after the Article 370 move and the re-organisation of the erstwhile state into two UTs.

The electoral exercise took place in November-December last year after BJP-led Central government amended the Jammu & Kashmir Panchayati Raj Act, 1989, through an executive order under powers conferred upon it by J&K Reorganisation Act, 2019.

Repeated attempts to seek J&K administration’s views on the matter proved futile as no official was willing to speak on it.

Note: This article has been updated with more reactions from political quarters since publication.