How Cult Worship Drove Us Into Crisis

A study of how official exuberance and self-praise early this year lulled every arm of the state into lethargy and inaction. 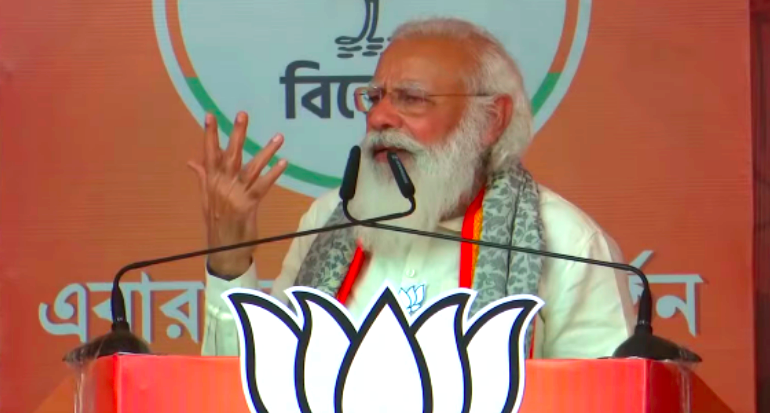 The second surge of the COVID-19 epidemic has once again exposed the ‘strong leader’ myth. As on April 26, we have lost 1.98 lakh precious lives, as the lack of oxygen and other support systems occupies headlines.

When the country is struck by such a catastrophe, a stupefied establishment is helplessly looking for clues.

Who is responsible for the oxygen and vaccine shortages? Where is the Indian state? Has the Union Cabinet, the nation’s supreme decision-making body, met even once to discuss the calamity?

Why are the National Disaster Management Authority (NDMA) and the Union home minister who were earlier micro-managing even aspects like when barber shops and subzi mandis should open in faraway municipalities, silent? Where are the established institutions of the government? Look at the utter disarray and bafflement today.

Ministers have all been sent to poll-bound states to campaign in their assigned districts. Ministries and departments, left with no role to play since the PMO-centric decision making was introduced in 2014, are simply waiting for orders.

None of this is accidental.

Rule-based governance and an institutional administrative system were kept dormant to pep up the ‘strong leader’ cult which said the prime minister alone should take decisions. Even the admission that the ‘country was shaken’ must come from the prime minister’s radio address.

Look at the COVID-related decisions in the past two weeks. Every day the prime minister summons the department secretaries, seek reports and give directions — now on supply of oxygen cylinders, now on the vaccine shortage. He calls corporates and asks them to enhance gas production. He addresses doctors. The ministers who under the constitutional system are responsible for their departments, are nowhere in sight.

The casualty is inter-ministerial coordination, long-term perspective and follow-up. When systematic rule-based institutional mechanism supported by domain expertise demises, knee-jerk responses, panic and chaos take over. Homilies on TV or idle directives to the state governments are no substitute for effective governance.

What we are witnessing today is that the Indian state has abdicated its primary duty to protect its citizens.

Instead, a panicked PMO has left all state functions to the market and provincial governments. The republic has never witnessed such helplessness and paralysis.

I was working with a Member of Parliament when the Chinese intrusion took place in November 1962. No body knew what will happen next. However, within days, the administration recouped itself – digging trenches, anti-raid rehearsals, people donating gold for the war fund and and a series of high-level meetings for coordination by central, state and civic agencies.

This biggest ever, man-made, human tragedy which the republic is now witnessing can be traced to the overriding obsession with personalised decision making and cult building. It began with the prime minister’s announcement of the first lockdown on March 24, 2020. It gave hardly two hours for the administration to make minimum preparations.

Like the disastrous demonetisation on November 8, 2016, the lockdown appeared to be Modi’s personal decision. Even the Union home ministry and implementing agencies like NDMA were not in loop. This happened when India had just 519 COVID-19 cases and nine deaths.

All of PM’s subsequent actions were guided by fanciful notions rather than sane counsel by those with domain knowledge.

On April 3, 2020, he came on TV to tell people to switch off lights, light diyas and beat plates. On March 25, he said the Mahabharata war was won in 18 days and he needed just 21 days to defeat the coronavirus demon. The song ‘go, corona, go’ became the mantra to exorcise the bhoot. While the prime minister took the decisions, all other arms of the government were left to look for cues from the PMO’s pronouncements.

By early this year, when the COVID-19 curve began flattening, it was time for celebration and self-congratulation. On January 17, 2021, Amit Shah congratulated Modi for “successfully combating the a mankind’s biggest crisis.” As late as February 16, 2021, Modi himself claimed that India’s successful fight against COVID-19 had inspired the entire world. 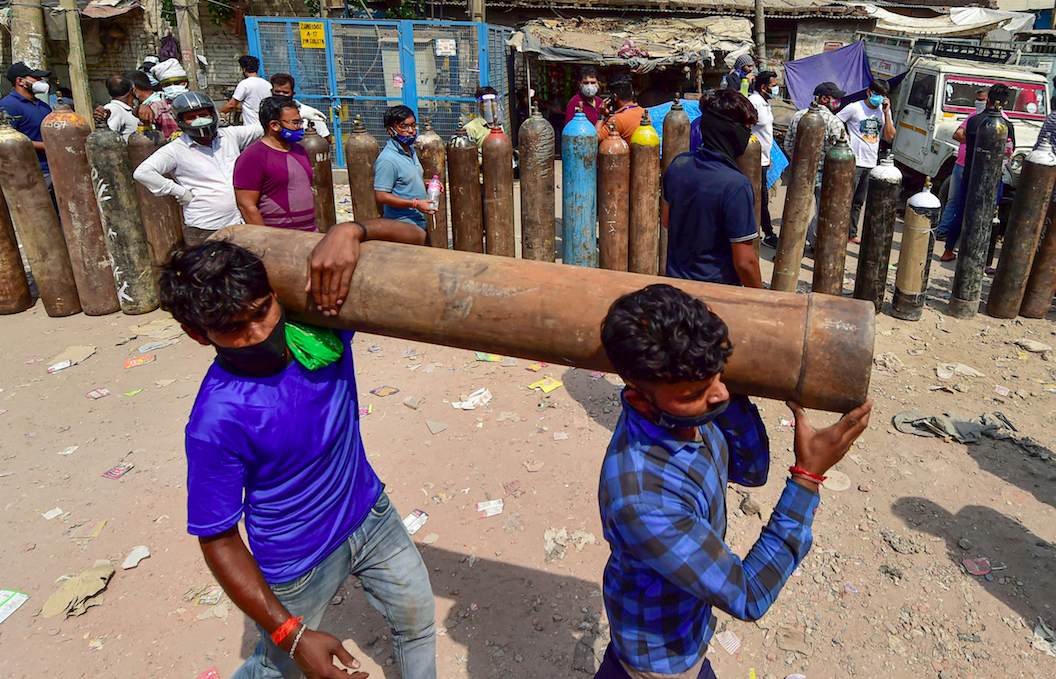 Family members of COVID-19 patients wait outside an oxygen-filling centre to refill their empty cylinders, as demand for the gas rises due to spike in coronavirus cases, at Naraina, in New Delhi, Tuesday, April 27, 2021. Photo: PTI

Amit Shah again hailed Modi’s role in the fight against coronavirus and said: “The new India under Modi ji’s leadership could transform disasters into opportunities and challenges into achievements.”

It was this exuberance, further blinded by the “vaccine maitri” hoopla, that led to the subsequent lethargy and neglect. And Modi’s word became official policy. The Indian Express quotes an unnamed official: “It was a typical case of cognitive bias. We wanted to believe that COVID is on its way out and we interpreted data to reinforce that belief.”

Thus ‘strong leader’ populism was at full play. It was so pervasive that every arm of the government began lowering its guard to check the next surge. The government experts played safe and failed to warn the bosses about the impending dangers. The Election Commission allowed massive poll rallies which the Madras high court found murderous and “irresponsible”.

Modi, as on April 5, held 23 rallies attended by massive crowds. Even the Economic Survey predicted “receding prospects of a second wave.” Vaccine production became lax. There were reports of excess capacity of life support systems. In the prevailing exaltation and euphoria, no one bothered about ramping up oxygen capacity. This happened despite the alert by the parliamentary committee on health in February.

An empowered group had, last September, said that to meet a surge of 3 lakh new cases a day, the country needed 1.6 lakh ICUs and that much oxygen delivery. Much of death and destruction could have been averted had the government heeded such early warnings.

The early triumphalism was so pervading that spectators watched with abandon as India defeated England at Chennai and at Ahmedabad’s Narendra Modi Stadium. Bollywood productions resumed and the big fat Indian weddings were back with aplomb. So were Dussehra and Durga Puja.

The three-month-long Haridwar Kumbh Mela from January 14 was attended by over 2.5 crore pilgrims. For the public, it was back to normalcy with people lowering masks at the malls, crowded markets and streets. All this was sure recipe for the unchecked surge by April.

P. Raman is a senior journalist and the author of The Post-Truth Media’s Survival Sutra.