"We look forward to you to uphold the dignity of the many women who have put their reputations at stake in making these allegations," the Constitutional Conduct Group said in its open letter to President Ram Nath Kovind. 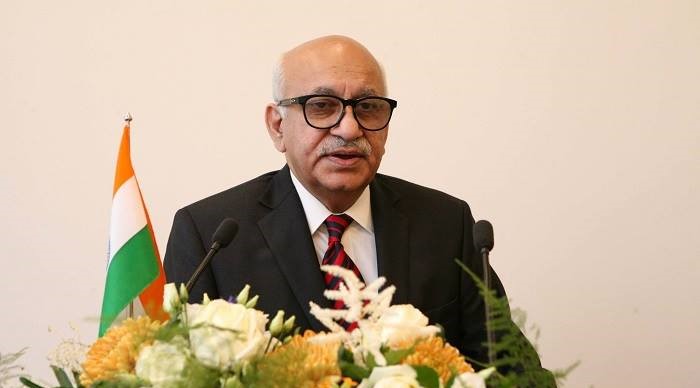 New Delhi: As the allegations of sexual harassment piled up against minister of state for external affairs M.J. Akbar, a group of former civil servants on Wednesday wrote an ‘open letter’ to the President of India, with a copy to the Prime Minister of India, expressing its outrage at the failure of the Government of India to take appropriate action.

The Constitutional Conduct Group, in its letter, maintained that in light of the allegations of sexual harassment over a number of years made by sixteen women against Mr Akbar, constitutional propriety and morality dictate that he should step down from office or be removed from the Union Council of Ministers.

The Wire  is reproducing the open letter in full below.

We are a group of former civil servants of the All India and Central Services, who have worked for decades with the Central and State Governments in the course of our careers. We wish to make it clear that, as a group, we have no affiliation with any political party but believe in the credo of impartiality, neutrality and commitment to the Indian Constitution. We continue to uphold the oath of allegiance to our Constitution we took when we entered service.

We write this letter to express our deep disappointment and outrage at the conspicuous lack of action by the Government of India in responding to the statements by sixteen women regarding the sexual harassment faced by them from a person who is today a member of the Union Council of Ministers. In clear and explicit terms, these women have detailed the behaviour of the present Minister of State for External Affairs, Shri M.J. Akbar, over a period of almost three decades from about the mid-1980s to the end of the first decade of this century, when he was in a position of power and responsibility in some of the major news organisations of this country. A number of instances of such harassment by men in positions of power and authority in the fields of journalism, advertising and films have come to light since the first week of October 2018 through social media, print and electronic media. While many of these organisations have initiated action to enquire into the allegations by the affected women and have either removed the persons involved from their employment or distanced those under investigation from participation in the day to day affairs of their organisations, it comes as a rude shock to us that no action whatsoever has been forthcoming from the institution primarily charged with upholding the rule of law, namely, the Government of India, against one of its senior members.

As former civil servants, we are fully aware of the need to follow the due process of law. At the same time, Constitutional propriety and morality dictate that the functionary concerned should resign from his office pending an enquiry and must not be reappointed to a high Constitutional post till he is cleared of all the charges against him. The Vishakha Guidelines issued by the Honourable Supreme Court in 1997 and the Sexual Harassment of Women at Workplace (Prevention, Prohibition and Redressal) Act, 2013 (“POSH Act”) have clearly laid down the steps to be taken to protect women at their workplaces. While it is true that the instances referred to where the Minister was allegedly involved refer to the period before the POSH Act came into effect, it is also a fact that the Vishakha Guidelines were in force when at least three of these incidents are said to have taken place. It is a sad commentary on our respect for the rule of law that the newspaper organisations concerned had not put in place mechanisms to implement the Vishakha Guidelines, which would have provided an avenue for redressal to women who felt they were the victims of sexual harassment.

While the facts will come out in a full-fledged impartial enquiry, which we hope will be entrusted to a committee comprising eminent citizens, it behoves the Government of India to act in a manner which gives the public confidence that the government is responsibly discharging its Constitutional duties. As reported in sections of the media, Shri Akbar is attempting to involve the complainants in time-consuming and costly litigation to avoid answering the allegations which have been levelled against him. We look forward to you, Honourable Rashtrapatiji, to uphold the dignity of the many women who have put their reputations at stake in making these allegations.

We earnestly request you, as the first citizen of our country, to advise the Government of India to seek the resignation of Shri Akbar, failing which it should recommend his removal from the Union Council of Ministers. We also request you to issue directions to the Government of India and the State Governments to put in place robust mechanisms to ensure that women can engage in gainful employment free of the fear of sexual harassment and to ensure that all organisations (in the public and private sectors) follow the provisions of the POSH Act in both letter and spirit.