The Central Consumer Protection Authority has said that customers cannot be charged service charge automatically or by default in food bills, allowing them to file complaints in case of violation. 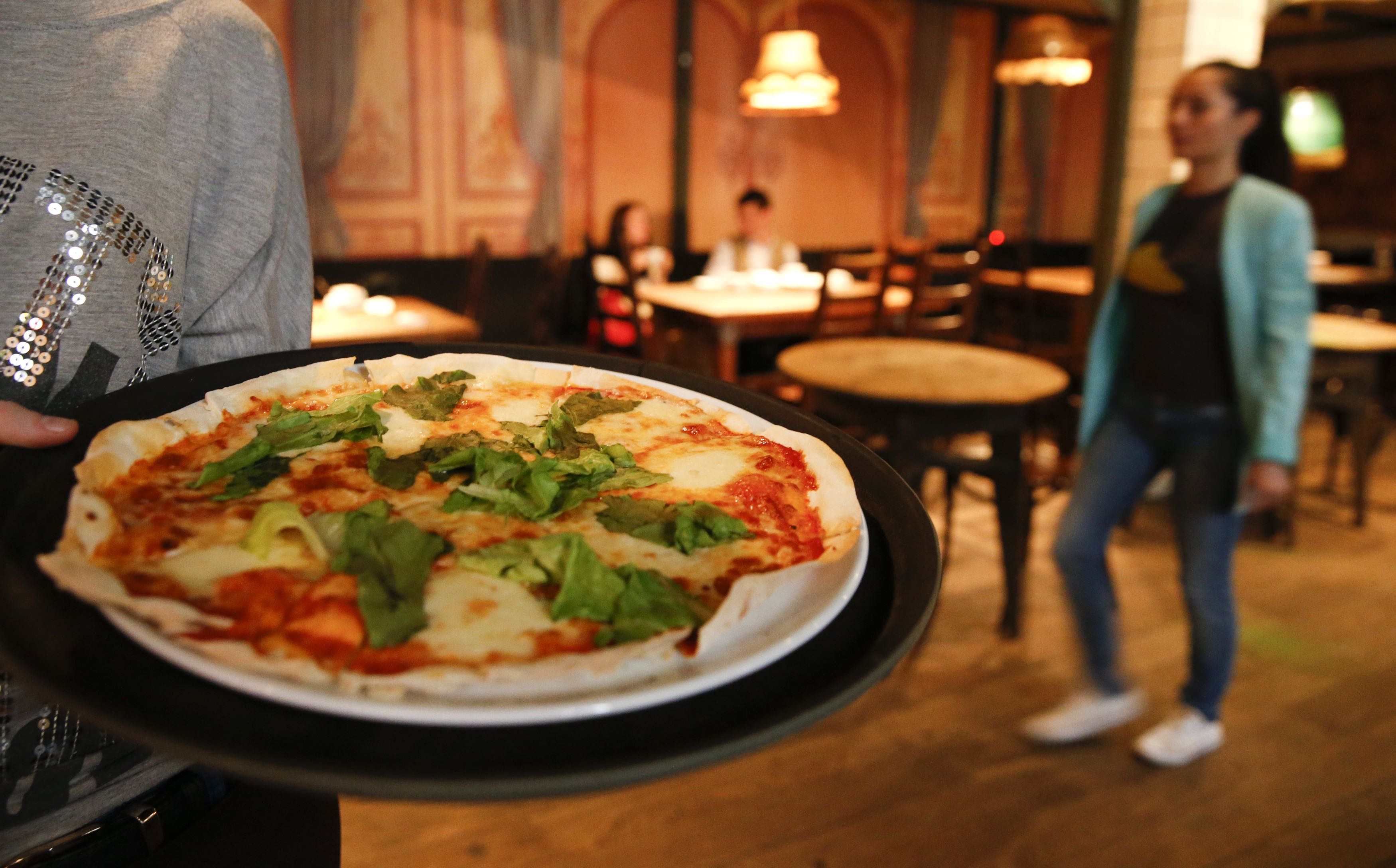 New Delhi: Amid rising consumer complaints, the Central Consumer Protection Authority (CCPA) on Monday, July 5, barred hotels and restaurants from levying service charge automatically or by default in food bills and allowed customers to file complaints in case of violation.

The CCPA has issued guidelines “for preventing unfair trade practices and violation of consumer rights” with regard to levying of service charge.

“No hotels or restaurants shall add service charge automatically or by default in the bill,” CCPA chief commissioner, Nidhi Khare, said in the guideline.

Restaurants and hotels generally levy a service charge of 10% on the food bill.

The guidelines also said there should not be any collection of service charge by any other name.

The guidelines further said “no restriction on entry or provision of services based on the collection of service charge shall be imposed on consumers”.

The service charge cannot be collected by adding it along with the food bill and levying Goods and Services Tax (GST) on the total amount, the order said.

“If any consumer finds that a hotel or restaurant is levying service charge in violation of the guidelines, s/he can request the concerned establishment to remove it from the bill amount.”

Costumers can also lodge a complaint on the National Consumer Helpline (NCH), which works as an alternate dispute redressal mechanism at the pre-litigation level, by calling 1915 or through the NCH mobile app. 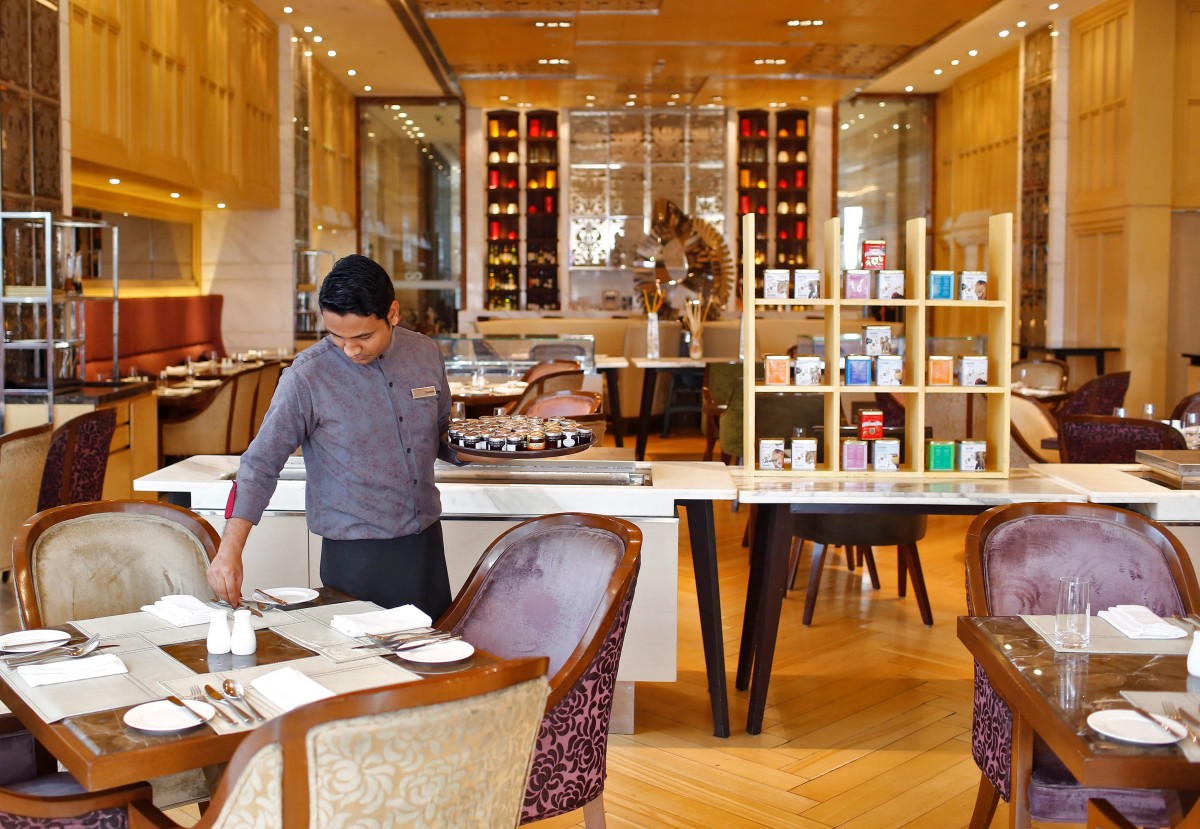 Representational image. An employee sets a table inside a restaurant at the Crown Plaza hotel, run by the InterContinental Hotels Group (IHG), in New Delhi, January 31, 2014. Photo: Reuters

They can also file complaints with the Consumer Commission. The complaint can be filed electronically through the e-Daakhil (www.e-daakhil.nic.in) portal for its speedy and effective redressal. The consumers can also email their complaints to the CCPA at com-ccpa@nic.in.

Moreover, the customer can submit a complaint to the district collector of the district concerned for investigation and subsequent proceedings by the CCPA. The complaint can also be sent to the CCPA by e-mail.

The CCPA said it had observed, through grievances registered on NCH, that hotels and restaurants were levying service charge in the bill by default without informing consumers that paying such a charge was voluntary.

According to the Indian Express, the Union government on June 2 held a meeting with representatives of the hotel and restaurant industry, where they said that levying service charge was a “matter of individual policy” and there was “no illegality in levying such a charge”. In response to this, Union minister of consumer affairs, food and public distribution, Piyush Goyal, had made it clear that restaurants cannot ask customers to pay “hidden charges”.

Several restaurant and bar owners in Delhi on Monday, July 4, opposed the CCPA guidelines barring them from levying service charges automatically or by default on food bills, saying it is “completely illegal and baseless”.

Restaurant owners asserted that the service charge was not levied discreetly as it is mentioned on the menu and the bill as well.

Denouncing the guidelines, Manpreet Singh, treasurer of the National Restaurants Association of India (NRAI), said the government could not tell bar and restaurant owners how to run their businesses.

“It is completely illegal and baseless. First of all, there is no law to support whatever they are saying. It is just an advisory and you cannot impose an advisory on us. It is like telling us how to run our business,” Singh told PTI.

He claimed that customers are told in advance about service charge and it is mentioned on the menu. Pamphlets and posters are also usually put up at the restaurants, Singh added. “We are not levying it discreetly.”

Priyank Sukhija, promoter of First Fiddle Restaurants, which operates bars and fine-dine restaurants such as Lord of the Drinks and Tamasha, said there was no basis for the guidelines issued by the CCPA.

“There is no basis for what they are saying. It is completely against the law. It is a mere guideline, and if required, we will fight it,” he said.

Gaurav Chhatwal, owner of Chungwa in Greater Kailash II, asked why Indian restaurants were being targeted when service charge is levied across the world.

“I completely disagree with the new guidelines. It is quite senseless. It is mentioned on the menu and bill that we are levying service tax, we are not hiding it,” Chhatawl said.

Gurbaxish Singh Kohli, vice president, Federation of Hotel and Restaurant Associations of India (FHRAI), told PTI that it will study the order as it will have “far-reaching consequences” and approach the government thereafter, adding that the sector should not be “singled out”.

“If you want to make rules and regulations, you please make a law and make all the people also follow the law,” Kohli said.

“We just got the order. We will be studying it in the next few days. We will approach the government obviously because we will tell them just don’t single us out. Please ensure that other people also don’t do it. Don’t single us out,” he added.