New Delhi: The leader of a Hindu group who had been convicted for making allegedly derogatory remarks against Prophet Muhammad was murdered outside his house in Lucknow in broad daylight on Friday, reports have said.

While several news websites have identified Kamlesh Tiwari as a former Hindu Mahasabha leader, the one group he was certifiably attached to is the Hindu Samaj Party, which he founded two years ago, reported NDTV.

Indian Express has reported that Tiwari was the “self-proclaimed” working president of the Hindu Mahasabha, on a ticket of which he contested in the 2012 elections and lost.

Ten police teams have been constituted to investigate the case and leads have reportedly been obtained from CCTV cameras in the region.

Tiwari was one of the appellants in the Ayodhya title dispute case in the Supreme Court. It is not known whether this association is responsible for his murder.

Reports have quoted police as having held that this was a case of personal enmity. Two men, one of whom was in a saffron scarf, allegedly met Tiwari at his Lucknow house at around 11 am. NDTV  quoted director general of police O.P. Singh as having said that the two were with Tiwari for around 36 minutes.

The Express report, meanwhile, quotes his associate Swatantradeep Singh as having said that one of the accused asked for a cigarette which Singh went to buy. Upon returning, Singh reportedly found Tiwari lying dead in the room. 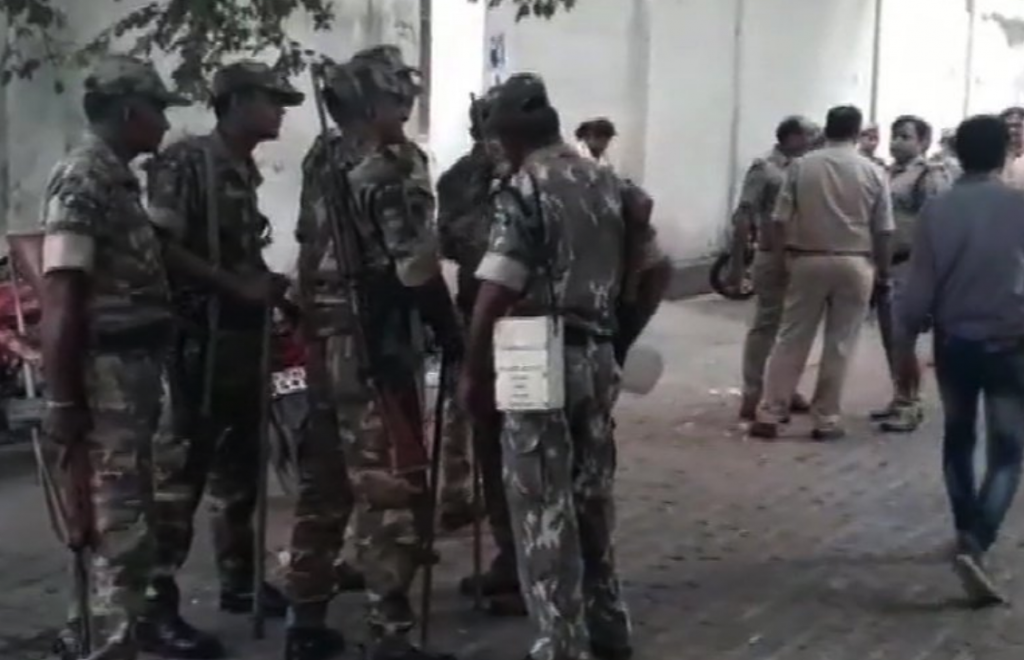 Police in the area after Tiwari was murdered on Friday. Photo: Twitter/@ANI

His throat had allegedly been slit and he had been shot multiple times.

In 2015, Tiwari’s alleged comments on Prophet Mohammad had led to widespread protests among Muslims across the country and the slapping of a National Security Act charge against him.

In 2016, the Lucknow bench of Allahabad High Court quashed the NSA against him, reported Express.

News18 has reported that this is the fourth murder of a rightwing leader in Uttar Pradesh this month.

“On October 8, BJP leader Chaudhary Yashpal Singh was gunned down in a similar manner in Deoband. On October 10, a BJP leader Kabir Tiwari, also a former student leader, was shot dead in Basti which led to student groups going on rampage and burning down government vehicles. On October 13, BJP corporator Dhara Singh, 47, was gunned down by unidentified assailants in Deoband in Saharanpur on Saturday morning,” the portal reported.