An Adivasi Dies and Maybe a Bull Too. Guess Which Death the Gujarat Police is Probing?

The custodial death of a tribal man and the incarceration of a Dalit and two Muslims, all arrested for cattle slaughter, is seen by locals as part of an extortion racket. 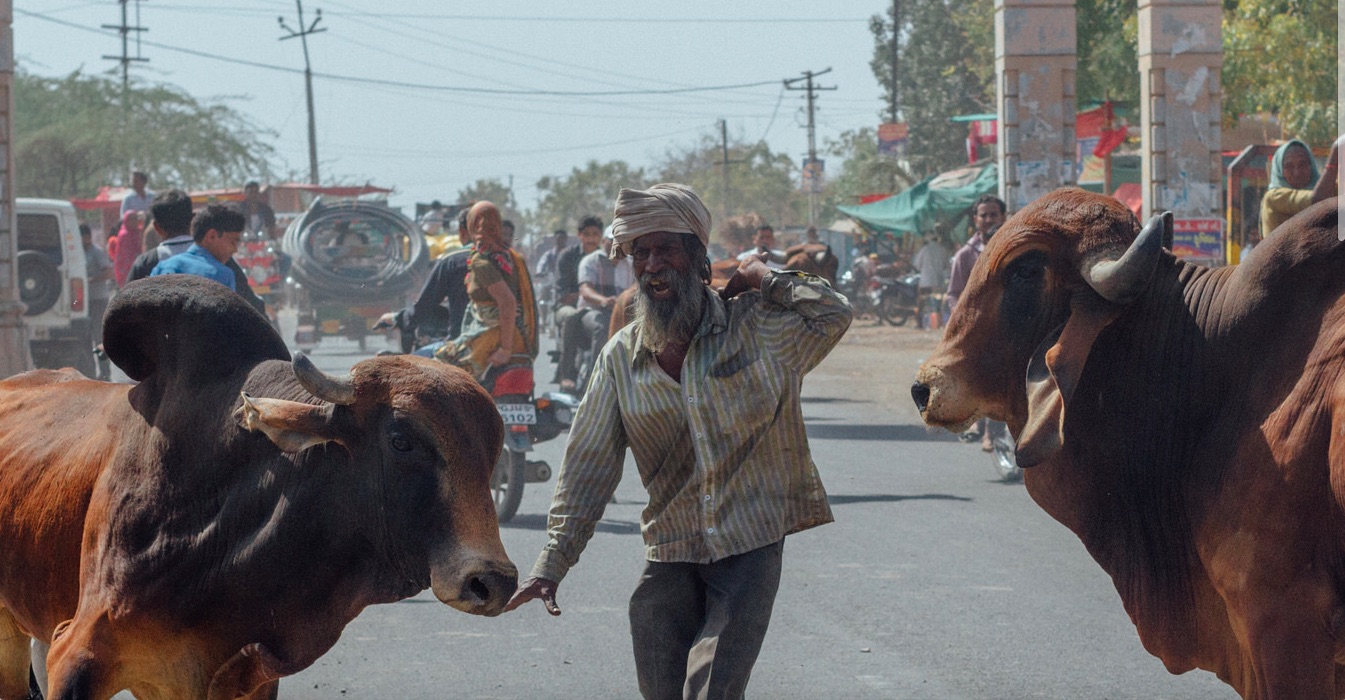 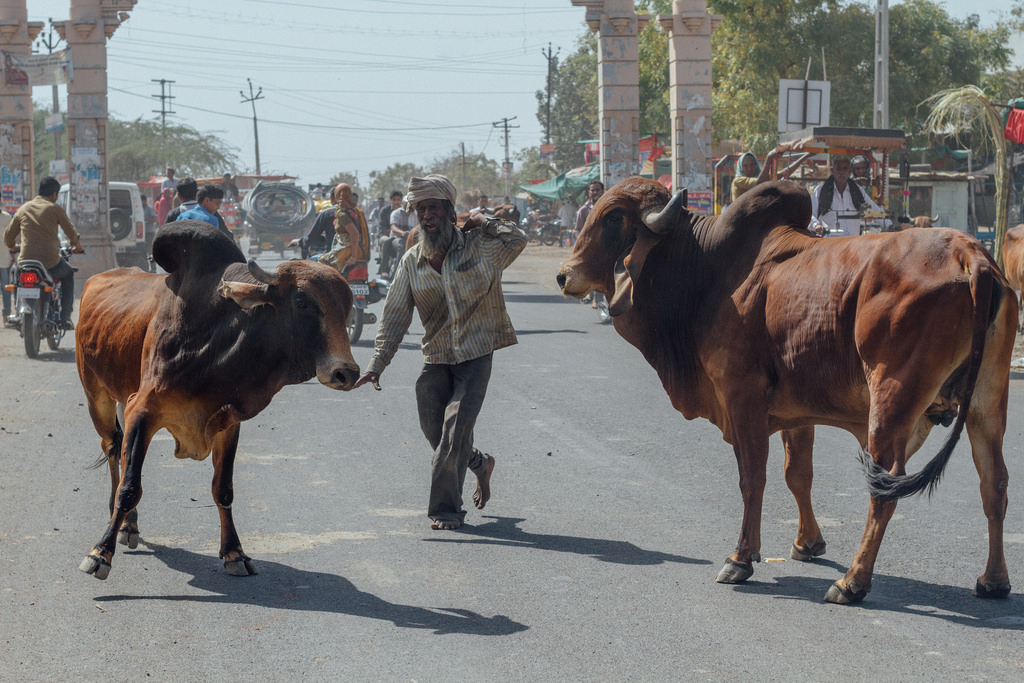 Ahmedabad: Allegations about a bull having been slaughtered in the Sabarkantha village of Kotda in April led to the arrest of four men and the mysterious death in custody of one of them. Yet seven weeks later, the exertions of the Gujarat police remain focused on the alleged killing of the bull and not on the circumstances under which the man, Kodarbhai Chapabhai Gamar, an adivasi who was 65 years old, died. The three other men arrested with him remain in custody, despite allegations of torture and extortion against the police.

Most bizarre of all, there is no information about the dead bull. The ‘crime’ is supposed to have occurred in Gamar’s village, Kotda, tucked away in the north-eastern corner of Gujarat bang on the border with Rajasthan. But there are no remains, no witnesses, no blood or flesh samples.

Gamar was arrested on May 2, after a complaint was registered under the state’s recently amended cow slaughter law. The complaint was filed under the Kheroj police station. This was the first FIR under the new Act in the district.

“On the morning of May 2 this year, police sub inspector (PSI) A.S. Rabari raided the houses of Kodar Gamar (my father), Shabber Ahmed Raees Ahmed Sheikh and Imamuddin Nemauddin Padi. All three of them are residents of Kotda. The police then brought them to Lambadya Choraya (the local market place), tied them to a vehicle and assaulted them,” alleged Bhimabhai, one of Gamar’s sons.

“Later Rabari demanded five lakh rupees from their families. The amount, the PSI said, was to guarantee that the three men would not be tortured in custody. My family told Rabari that we are poor tribals and don’t have that kind of money. We pleaded that they not assault our father in custody. But he did not listen. Our father died two days later,” said Bhimabhai.

While the police have denied any foul play in the custodial death which occurred at Kheroj police station in Sabarkantha on May 4, Bhimabhai has written to the chief minister demanding a probe by the Central Bureau of Investigation. Among the allegations made is that Gamar’s death is the result of an extortion racket by local police officers.

Gamar’s family alleges that the police assaulted him twice even before taking him to the police station and demanded a huge amount of money as “guarantee” for not torturing him further in the lock up. Khumu Gamar, another son, claimed that his father was beaten mercilessly by the police at their home before he was taken away.

A custodial ‘confession’, and then three arrests

The police say Gamar was arrested along with Sheikh and Padi after a Dalit from a neighbouring village, Limbabhai Lallubhai Bandi, aged 65, “confessed” that he and the other three men had slaughtered a bull at Kotda. 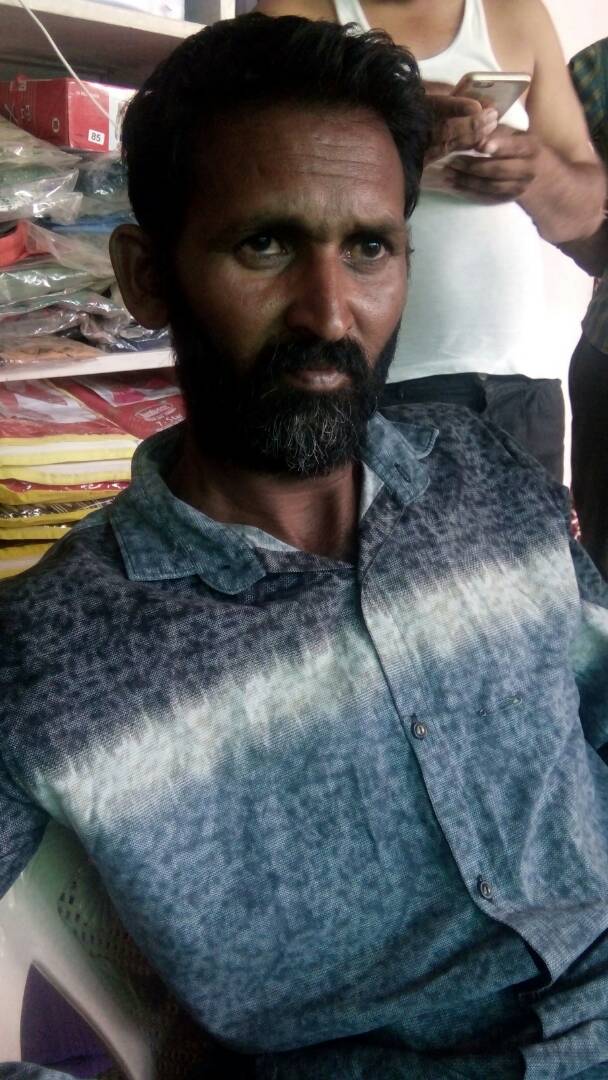 But Limbabhai’s family dispute the police story. They allege that his arrest on April 26 was also part of an extortion attempt by the local police and have accused the same officer that Gamar’s sons identified.

“We are Chamars, my father-in-law skins dead animals, mostly bovines, for a living. On the morning of April 26, Limbabhai was informed by some tribals of Kotda village that a bull was dead and asked if he was interested in buying the skin. He agreed, but on his way to Kotda, he was picked up and tortured. The police wanted the names of people who were involved in his business. Breaking down, Lilabhai named four people – three of whom were arrested including two Muslim men (Shabber Ahmed Raees Ahmed Sheikh and Imamuddin Nemauddin Padi) and one tribal man – Kodar Gamar,” said Bharat Solanki, who was sarpanch of Lilcha village in Sabarkantha district until December 2016.

“Limbabhai lives in another village which is one kilometre away from Lilcha. When neighbours told me about his arrest, I rushed to Kheroj police station. The police let me meet him only at 6 pm that day. He had marks of assault on his body and he broke down when he saw me. He pleaded that I should agree to whatever the police demanded. PSI Rabari told me very clearly that if we wanted Limbabhai safe in custody we ought to pay five lakh rupees,” Solanki alleged in a telephone interview with this reporter.

“I did not have that kind of money. Nevertheless, for the sake of the safety of my father-in-law, I collected 120,000 rupees and handed the money over to another policeman, Bhavesh Ramji Parmar on April 28. Yet the police did not release Limbabhai,” claimed Solanki.

According to the Kheroj police, Gamar said that he was feeling hot in the lock up and sought permission to have a bath. His health deteriorated after he had a bath, they said, and eventually he died.

“The CCTV footage shows that Kodar Gamar began to vomit while coming out of the bathroom on the day. He soon collapsed and was rushed to the nearest government clinic and then to the civil hospital in Ahmedabad. However he eventually died after probably suffering a brain haemorrhage,” R.G. Brahmbhatt, inspector general (IG) of Sabarkantha Range told the media, dismissing any chances of foul play.

“A post mortem has been conducted and as per protocol in cases of custodial deaths, a judicial inquiry has also been initiated,” Brahmbhatt had stated. 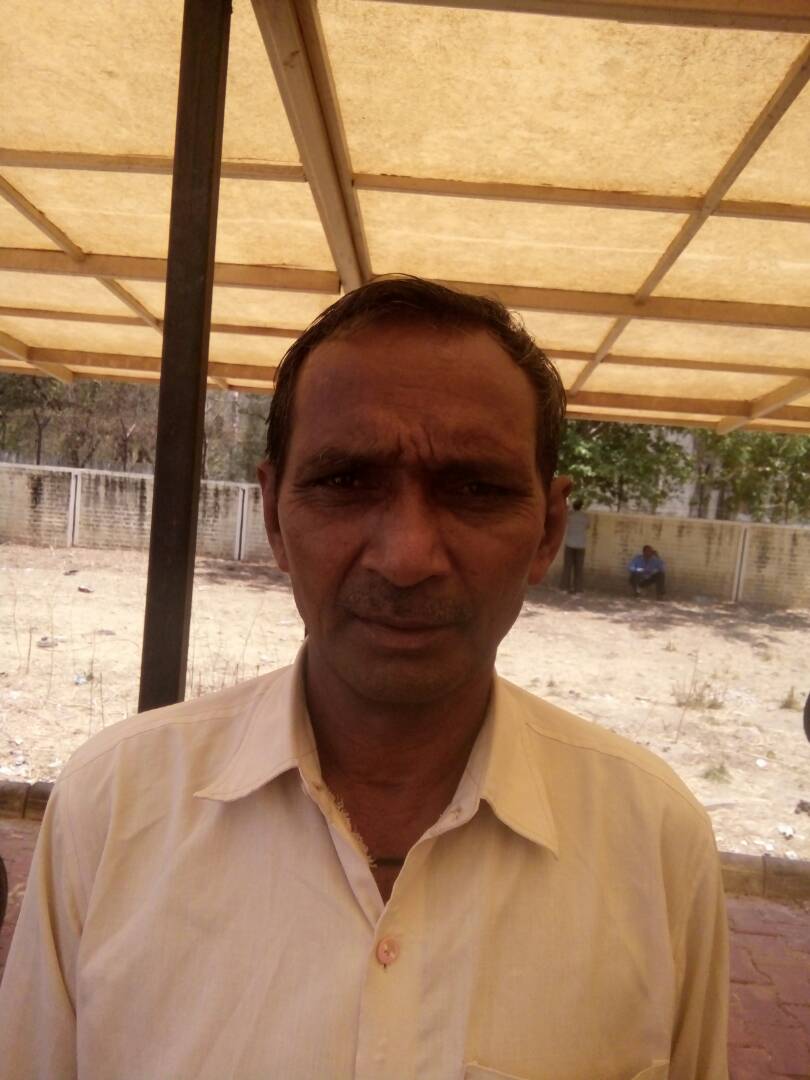 However, a human rights activist who rushed to the police station after Kodar Gamar was arrested has doubts over the police version of the incident.

“After hearing the news that a poor tribal man was arrested on charges of cow slaughter, some of us rushed to Sabarkantha. But neither Gamar’s family nor us were allowed to meet him when he was still alive,” said advocate Govind Parmar, who is also a member of Human Rights Law Network.

Meanwhile, in Kotda, people insist there was no dead bull, let alone a slaughtered one.

Giving the background to the recent arrests, Sonal, a tribal activist from Kotda who helped Kodar Gamar’s son write to the chief minister told The Wire that the local police had been harassing a Muslim man who goes by the name of Bobby since early April. “He does various kinds of work to earn a living. At times, when he can buy a goat he sells mutton at the village market. One day in early April, the police came and accused him of cow slaughter but he managed to run away. Ever since then, the police have made frequent visits to the market claiming that the meat and blood they found at the spot where Bobby last sold mutton was beef.”

Sonal said that the tribals of Kotda do at times sell dead cattle to those Dalits who skin animals for a living. “Earlier, Kodar Gamar has done this too. But this time, he made no calls to Limbabhai. In fact, there was no dead bull we know of in our village. Moreover, Gamar has been working on a small piece of land the families owns. For the past two years, he had been working at home as he was too old. He has eleven children, five of whom are sons who work in others fields. The Kheroj police have not told us why they believe Gamar was involved in cow slaughtering and why Limbabhai would name him when Gamar did not contact him. The FIR against Gamar also charged him with slaughtering a bull.  It is ridiculous that a Dalit of one village, and a tribal and two Muslims of another village were charged with slaughtering a bull at Kotda.”
An RTI filed by Dalit activist Kaushik Parmar revealed that there have been 415 custodial deaths in Gujarat between 2010 and 2016. The State Human Rights Commission (SHRC) has in a reply to Parmar’s RTI said that with 104 cases, Ahmedabad has had the highest number of custodial deaths in this period, followed by Vadodara with 47, Rajkot 38 and Surat 33.