Even as concerns about due process linger, Gujarat has become the third BJP-ruled state to demolish structures owned by people accused of instigating violence. 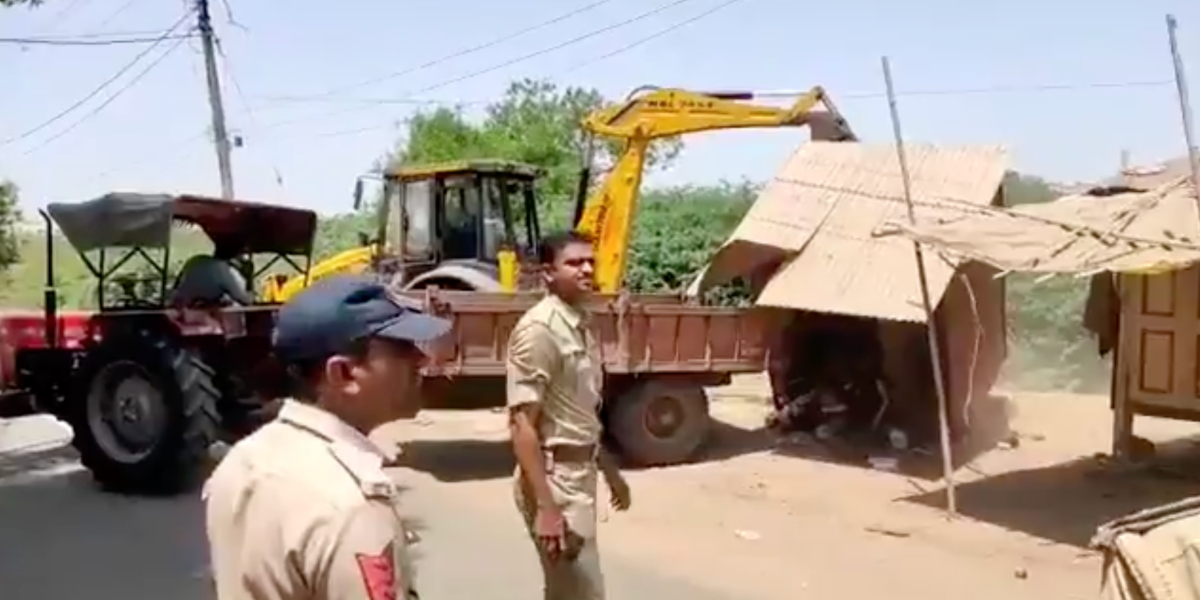 New Delhi: The Anand district administration in Gujarat is the latest to use bulldozers to destroy structures owned by people allegedly involved in communal clashes during Ram Navami, raising more concerns about due process of law.

On April 10, a Ram Navami procession was allegedly pelted with stones in Khambhat town. In the ensuing violence, one person was killed and several were injured.

On Friday, the local administration in Gujarat removed some “illegal structures” as well as vegetation, according to news agency PTI.

In BJP-ruled Uttar Pradesh and Madhya Pradesh, bulldozers were used to raze structures of people accused of instigating communal violence.

Anand district collector M.Y. Daxini said that apart from wooden cabins and concrete structures, the local administration is also clearing the bushes in Shakarpura area because “miscreants had used them to hide after throwing stones on the Ram Navami procession”.

“Miscreants had used the cover of bushes and thick vegetation to attack the procession. So we have launched a drive, using bulldozers, to remove the bushes as well as illegal structures standing on government land along a road in Shakarpura area. The drive will continue in the coming days till the entire area is cleared,” said Daxini.

On the first day, six to seven cabins, including some owned by the accused, were removed using bulldozers and tractors, said the collector.

The encroached properties belonging to accused are being demolished: District Admin pic.twitter.com/JAzBMjTM8i

Congress MLAs Gyasuddin Shaikh and Imran Khedawala termed the drive unconstitutional and a violation of human rights. Both the MLAs spoke to revenue minister Rajendra Trivedi on phone and requested him to immediately halt the anti-encroachment drive.

The collector launched the drive without following due process of law, they said.

The opposition MLAs, in a joint statement issued here, said the owners of these properties should be served notices first and given a chance to furnish documents and proof about the legality of construction.

On April 10, clashes broke out between two communities in Khambhat after stones were thrown at the Ram Navami procession in Shakarpura area, as per the police. Police arrested 11 persons during the probe.

A senior citizen was killed and another injured in the violence. Similar clashes also erupted in the Himmatnagar town of Sabarkantha district.