Govt Forms Panel To Draw Framework for Implementation of Assam Accord

The latest panel will also lay emphasis on implementation of Clause 7, 9 and 10 along with update of the NRC, issues of flood and erosion, rehabilitation of families of martyrs and victims of Assam agitation 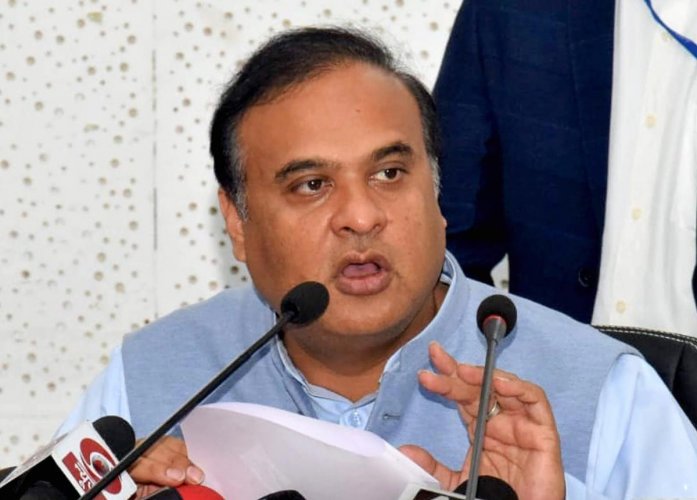 Guwahati: The Assam government has set up an eight-member committee to prepare a framework for implementation of all clauses of the 36-year-old Assam Accord, especially the Clause-6 report prepared by a central panel pertaining to protecting the cultural, social and linguistic identity and heritage of the indigenous people, officials said on Saturday.

The Commissioner and Secretary of the Implementation of Assam Accord Department, G.D. Tripathi, issued a notification announcing the formation of a sub-committee, which will submit its report within the next three months.

“The Governor of Assam is pleased to constitute a sub-committee to examine and prepare a framework for implementation of all clauses of Assam Accord in general with special emphasis on Clause-6 (High Level Committee Report),” the notification said.

Also Read: Assam Accord: AASU Says No Compromise on Clause 6 in Response to Sarma’s Comment

The latest panel will also lay emphasis on implementation of Clause 7, 9 and 10 along with update of National Register of Citizens (NRC), issues of flood and erosion, rehabilitation of families of martyrs and victims of Assam agitation, it added.

In addition, the sub-committee will consider various problems faced by the state and potential for all-round economic development while preparing the report for implementation of the historic pact.

The sub-committee, headed by implementation of Assam Accord minister Atul Bora, has three ministers and five members from the All Assam Students’ Union (AASU), the notification stated.

Deputy secretary of the Implementation of Assam Accord Department Sujata Suchibrata has been appointed the convenor of the sub-committee, the notification said.

On September 7, the Assam government had announced it will form a new committee with members from the AASU after a meeting between the student organisation and chief minister Himanta Biswa Sarma.

The Assam Accord was signed in 1985 after a six-year-long violent anti-foreigners movement. It stated, among other clauses, that names of all foreigners settling in Assam on or after March 25, 1971 will be detected and deleted from electoral rolls, and steps will be taken to deport them.

A series of committees have been formed since 1985 by the successive state governments promising to implement the historic pact in letter and spirit. However, many of the clauses remained unfulfilled, including the contentious Clause-6.

According to Clause-6 of the Assam Accord, constitutional, legislative and administrative safeguards, as may be appropriate, shall be provided to protect, preserve and promote the culture, social, linguistic identity and heritage of the Assamese people.

The Clause 7 says: “The Government take(s) this opportunity to renew their commitment for the speedy all round economic development of Assam, so as to improve the standard of living of the people. Special emphasis will be placed on education and science and technology through establishment of national institutions.

Clause 9 provides for sealing of the international border, intensifying patrolling on land and river routes, setting up adequate check posts to stop future infiltration and building a road along the border to facilitate patrolling by security forces.

“It will be ensured that relevant laws for prevention of encroachment of government lands in tribal belts and blocks are strictly enforced and unauthorized encroachers evicted as laid down under such laws,” the Clause 10 of the Accord says.

On February 25 last year, a High-Level Committee (HLC) constituted by the Ministry of Home Affairs and headed by Justice Biplab Kumar Sarma had submitted its report to the then chief minister Sarbananda Sonowal for handing it over to Union home minister Amit Shah.

Before the Assam assembly polls earlier this year, Himanta Biswa Sarma, who was a senior cabinet minister in the previous BJP government, had said on February 17 that the government cannot implement the recommendations of the HLC as they are “far from legal reality”.