Governors Do Not Have Executive Powers. Yet They Continue to Act Like They Do.

Open confrontation between governors and state governments is a disturbing sign of the weakening of constitutional order. 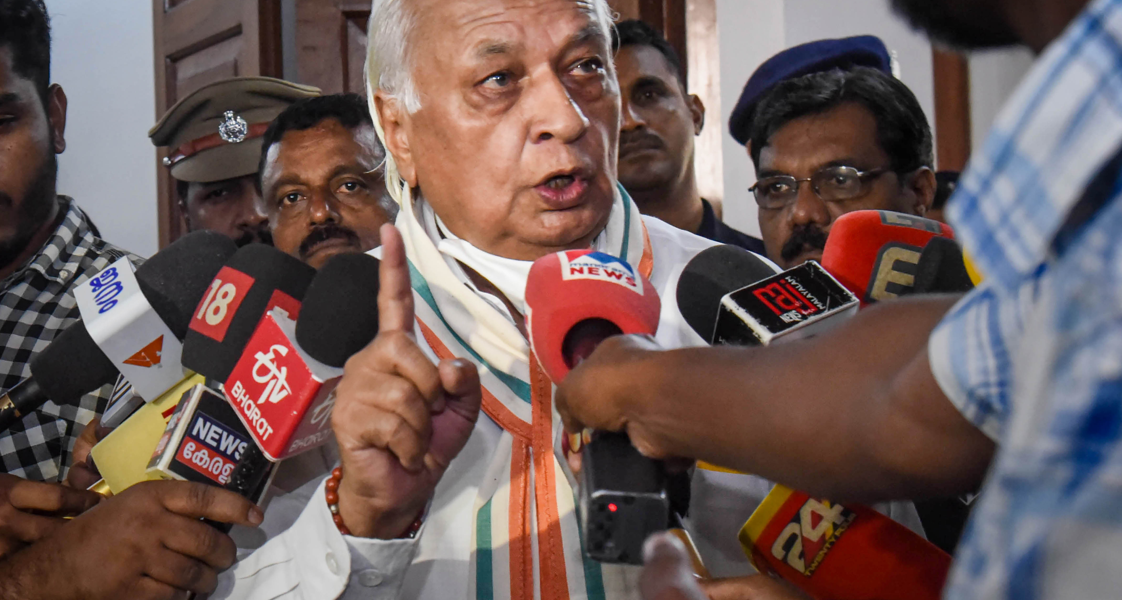 The conduct of some of the governors has become a subject of intense public debate in the country. Delaying a decision on giving assent to Bills passed by state assemblies, not acting in accordance with the advice given by elected state governments, addressing the media on a regular basis and criticising the state government etc. have become common now.

The governor of Kerala, Arif Mohammad Khan, has gone to the extent of alleging in a media conference that officials attached to the chief minister’s office are involved in smuggling activities. He also made a personal attack on the chief minister by narrating an incident involving the present chief minister in which he is alleged to have gone to a police station once to get an accused person released. A young police officer took out his service gun and aimed at him which caused him to rush home to change his soiled clothes. Needless to say, this remark by the governor against his chief minister was in very poor taste.

The state governments of Kerala, Tamil Nadu and Telangana are all facing problems from their governors. There is a very unseemly confrontation between the governor and the chief minister in Kerala. Tamil Nadu MPs have given a memorandum to the president of India seeking the removal of the state’s governor. Such demands are likely to come from other opposition-ruled states also.

This kind of open confrontation between governors and state governments is a disturbing sign of the weakening of constitutional order. There seems to be no authority in the country which can correct the distortions which have crept into the system.

Also read: We Cannot Forget That India Is a Union of States

Shamsher Singh v State of Punjab (1974) was the first case where a seven-judge bench of the Supreme Court had examined the powers and functions of a state governor. The court held that the governor does not enjoy any executive powers and that he can act only on the aid and advice of the council of ministers. In reality, executive powers are vested in the elected government, which is responsible to the legislature.

The same points were reiterated in Nabam Rebia v Deputy Speaker (2016), in which the Supreme Court again said that the governor can act only on the advice of the council of ministers. In fact, during the debate in the constituent assembly on the post of governor, Dr B.R. Ambedkar had clearly stated that the governor has no powers in our constitutional setup and needs to act only in accordance with the advice given by the council of ministers in the state. Thus, all authorities on the constitution emphasise the fact that a state governor is a mere constitutional figurehead who enjoys no real power.

However, governors can create real problems for elected governments in the states when such governments are run by the opposition parties. One problem being faced by most of those governments is prolonged inaction on the part of the governor when a Bill duly passed by the assembly is presented for assent. The governor does not take any decision and simply sits on it. A Bill is brought by the government when there is an urgent need for a law on a particular matter. Since the elected government is the custodian of public interest, enacting a law is in fulfilment of the public interest. So, if the governor does not take any action on it as per the constitution, he is actually harming the public interest.

Besides, Article 200 of the constitution provides four options to the governor. These options are – to give assent, withhold assent, return the Bill to the assembly for reconsideration or reserve it for the consideration of the president. What this means is that the governor should as soon as possible exercise one of these options so that the legislative process achieves finality. This constitutional scheme gets disrupted by governors not exercising any of the above options.

Since not taking any decision indefinitely is not an option provided by the constitution, governors who do this are clearly acting in a manner that is not constitutionally sanctioned. In the absence of a clear and unambiguous decision of the Supreme Court, the constitution’s failure to lay down a timeline for the governor to take a decision is being taken undue advantage of.

Similarly, the governor asked the vice chancellors of different universities in the state to resign immediately after the Supreme Court quashed the appointment of the vice chancellor of the Kerala Technological University on the ground that the Kerala Act under which the vice chancellor was appointed is repugnant to the UGC’s regulations. So according to the governor, who is the chancellor of all the universities in Kerala, the same ground for quashing the appointment of all VCs is available in all other cases too. Finally, the high court gave the VCs some temporary relief. The true legal position is that the decision of the Supreme Court was on an individual case, which does not affect other appointments unless there is a common judgment covering all the VCs.

Such unedifying spectacles are a sign of the deterioration of the constitutional system. Governors, being intelligent and experienced people, surely know the limits of their powers. But they seem to have found out that the system cannot avoid them. That discovery, they think, is enough to scare or harass state governments which operate under a seriously flawed federal system.