After the politicisation of investigative agencies, taming the media and defanging statutory watchdog bodies, it is the turn of the Raj Bhavans to join the big mobilisation. The misuse of the office of the governor for partisan politics is as old as the Indian constitution itself. It began with the dissolution of the PEPSU assembly in 1953, barely three years after the constitution came into force. Soon after, Kerala’s first Communist government was dismissed on the recommendations of the governor under Article 356. Though the misuse of Article 365 continued for years, it was subsequently stopped following decisive intervention by the Supreme Court.

Since Narendra Modi established his control over the administrative and political system in 2014, the whole dictionary and grammar of gubernatorial etiquette has reversed. In the Bharatiya Janata Party’s new winning strategy for opposition-ruled states, governors became as crucial as raids by the Enforcement Directorate or Central Bureau of Investigation. And suddenly, the governors posted in these states became aggressive. They began using every opportunity to publicly assail their state government’s decisions and portray them as anti-people

In the pre-Modi days, ruling parties at the Centre had never allowed this kind of unabashed gubernatorial activism. Remember, the silent disapproval from Raisina Hill when at the peak of the Nandigram agitation governor Gopalakrishna Gandhi expressed ‘cold horror’ at the violence. Of course, various governments over the years, including Atal Bihari Vajpayee’s, did try to use governors for partisan ends. But they had always wisely dissuaded them from indulging in the kind of ugly war cries one finds under the Modi regime.

Look at the frightening scenario in non-BJP states with their respective governors blatantly meddling in administrative matters. This has been happening across the country with no sign of any abatement. In Delhi, Lt. Governor Saxena’s day-to-day interference and obstruction has created such an administrative paralysis that the Aam Aadmi Party government has taken the issue to the Supreme Court. Encouraged by the LG, civil servants have even refused to respond to their own ministers, something unusual in democracy. In his affidavit in Supreme Court, deputy chief minister Manish Sisodia has narrated the different cases of meddling by the LG.

Armed with special powers under the Delhi Act and at the Centre’s regular prompts, the LG has even objected to such creative campaigns as encouraging drivers to switch off their engine at red lights. The LG also dismissed the routine annual arrangements made by the AAP government for Chhat puja as ‘cheap publicity’. He publicly assailed his chief minister for his absence from the October 2 function as ‘appalling and unacceptable’. Interestingly, the LG also objected to state funding for the ongoing free yoga scheme. This has surprised even the saffron camp. The chief minister has now decided to continue with the scheme by way of crowd funding. Things under the new LG have reached such a pass that Sisodia was denied access to files related to his law department. This is the level of gubernatorial meddling in non-BJP states.

For the more ambitious among the Raj Bhawan occupants, former West Bengal governor Jagdeep Dhankhar has emerged as role model. He was the one who set the playbook for the new generation governors as to how to corner their chief ministers and give them sleepless nights and thus enhance their own career prospects. At one stage, Dhankhar’s activism prompted the irrepressible Mamata Banerjee to declare that ‘I am not his servant’. “He calls my officers daily. From DMs, SPs to the chief secretary, he is threatening everyone. People of West Bengal do not fear anyone and bow down their heads. He should not interfere in policy decisions. Pegasus is happening from Raj Bhawan,” she burst out. Some of Dhankhar’s actions were dragged to the high court and Supreme Court.

Among the new lot, Kerala governor Arif Mohammad Khan takes the cake. True, for the first two years of his tenure, he had, by and large, a smooth working relationship with chief minister Pinarayi Vijayan. But the choice of Dhankhar as the new vice president perhaps convinced Khan — he had also lobbied for the post — that the best way to climb up the political ladder was to be aggressive with the state government. And it was not difficult for this old political player to emerge as the Centre’s best storm trooper. He followed Dhankhar’s playbook and kept in constant liaison with local saffron leaders for political input against the government. For this, the governor even recruited BJP activists to Raj Bhawan as senior staff. And the governor’s trips to Delhi became more frequent and for longer duration. He now uses every opportunity to embarrass the Left Front government, often overstepping his gubernatorial powers. Last month he even threatened to sack state ministers. This evoked sharp criticism from constitutional experts.

Soon, Khan began issuing public statements flaying various government decisions. He alleged that under LDF rule, Punjab was being replaced by Kerala as the ‘drug capital’ of India. He also issued orders removing the state’s 15 vice chancellors which the high court subsequently partly stayed. The state government retorted by issuing an ordinance to amend the university rules to remove the governor as chancellor. By doing so it only followed what non-BJP governments did in states like Tamil Nadu and West Bengal – and by Narendra Modi when he was Gujarat chief minister in 2013.

Mamata Banerjee had made such gubernatorial meddling a campaign point in the last assembly elections, alleging this had blocked the state’s development programmes. However, in Kerala, the Left parties have resorted to mass mobilisation and a siege of Raj Bhawan to ‘save’ higher education from saffronisation.

In neighboring Tamil Nadu, governor R.N. Ravi’s repeated anti-government outbursts have infuriated the ruling DMK so much that it has mobilised other parties to make a formal demand for his recall. The DMK alleged that Ravi’s actions were aimed at getting ‘higher positions’ for him in government. The governor had attacked the Tamil Nadu government for ‘four days’ delay’ in taking action in the recent Coimbatore blast. He also invited the ire of the Dravidian parties for his provocative comments on sanatana dharma and return of the NEET Bill back to the assembly.

Not to be left behind, Punjab’s Banwarilal Purohit has also taken up cudgels against the AAP chief minister on the issue of vice-chancellor appointments. This led to a bitter public spat between the two sides. The chief minister also slammed the governor for frequently meddling in the functioning of his government. There was also a war of words with the governor over calling the state assembly session. 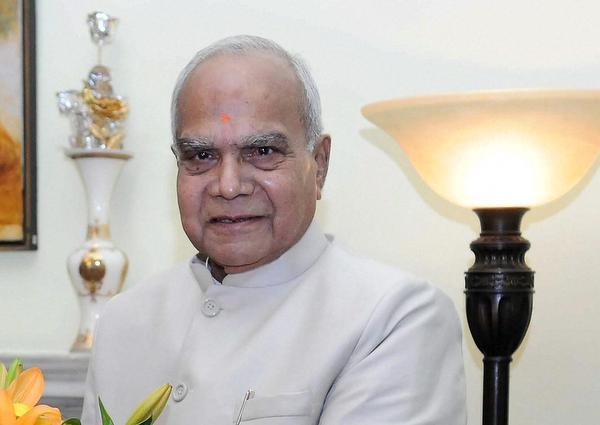 With the BJP desperately trying to oust the TRS government and establish its own political base in Telangana, governor Tamilisai Soundararajan is also on overdrive. Taking a cue from other governors in opposition-ruled states, she delayed the Telangana Universities Bill passed by the state assembly. When pressed, she came up with objections to some of the Bill’s provisions. In all, eight Bills passed by the assembly have been withheld by the governor. Further extending the polemic, she alleged her phone was being tapped and has also accused the TRS government of discriminating against her because she is a woman.

Using governors as ruling party political war horses to settle score with the opposition is a dangerous game. It amounts to weakening established traditions and constitutional order for narrow partisan ends. The gubernatorial meddling in higher education – taking advantage of their role as chancellors – has been a common trend in all non-BJP states. They routinely refuse to sign Bills passed by the legislatures, thus blocking the states’ development programmes. The aggressive ones among them also engage in open criticism of their state government’s policy decisions. Clearly, such accusations amount to gubernatorial overreach.

Also read: Governors Do Not Have Executive Powers. Yet They Continue to Act Like They Do.

The daily outbursts by Raj Bhawans occupants with wide media publicity represent a reckless distortion of the system. The limits of gubernatorial powers and responsibilities are a judicially settled matter. In a recent interview, C. Rangarajan said that governors cannot make a public display of their disagreements with the state government. The way open for them is to take up such issues with the chief ministers or to write a formal letter.

The reality, of course, is that these governors, despite taking their oath of office on the constitution, remain wedded to a political agenda that is partisan.

P. Raman has covered politics for national dailies since 1978. He is the author of Strong Leader Populism: How Modi’s Hybrid Regime Model is Reshaping India’s Political Narrative, Ecosystem and Symbols.