Government Bans NDTV India for a Day Over Pathankot Reportage

Channel invokes the "dark days of the Emergency when the press was fettered." 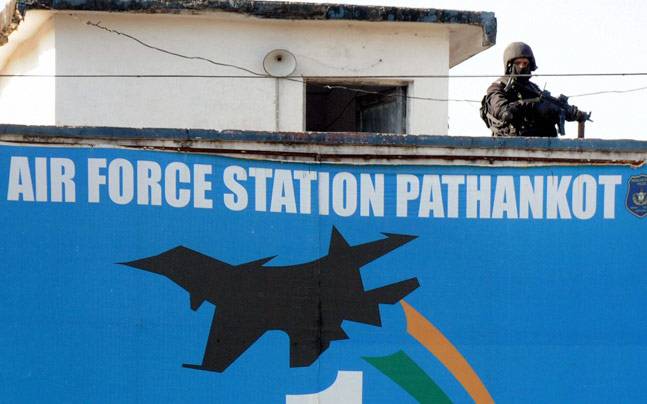 File photo of a soldier guarding the Pathankot Air Force base. Photo: PTI/File

New Delhi: The government has ordered that the Hindi channel NDTV India be shut down for a day for allegedly revealing “strategically sensitive” details during its coverage of the Pathankot attacks in January.

The order follows the recommendation of an inter-ministerial committee instituted by the Information and Broadcasting ministry.

The I&B ministry, while invoking the powers under the Cable TV Networks (Regulation) Act, said it “orders to prohibit the transmission or re-transmission of NDTV India channel for one day on any platform throughout India with effect from 00:01 hrs on 9th November,2016 till 00:01 hrs of 10th November, 2016”.

This is the first time such an order has been issued against a TV channel over its coverage of a terror attack under norms which were notified last year. However, NDTV has the option to appeal the order before a tribunal.

The channel allegedly revealed  “crucial information” during the operations that could have been picked by the terrorists’ handlers, compromising not only national security but also the lives of civilians and defence personnel, the committee alleged . The channel has claimed this was a case of “subjective information” and the information was in the public domain, reports said.

In a statement issued late Thursday night, NDTV described the order as an attack on media freedom:

“The order of the MIB has been received. It is shocking that NDTV has been singled out in this manner. Every channel and newspaper had similar coverage. In fact NDTV’s coverage was particularly balanced. After the dark days of the emergency when the press was fettered, it is extraordinary that NDTV is being proceeded against in this manner. NDTV is examining all options in this matter.”

The Editor’s Guild in a statement “strongly condemned the unprecedented decision” of the committee to take NDTV off the air for a day and demanded that the order be immediately rescinded. The government’s decision was a direct violation of freedom of media and therefore the citizens of India and amounted to “harsh censorship imposed by the government reminiscent of the Emergency,” the statement said. The Mumbai Press Club too issued a statement “strongly and unequivocally condemning” the government’s move.