In a reply to parliament on Monday, the government said that there is no conclusive data available to believe that air pollution was the cause of deaths and diseases. 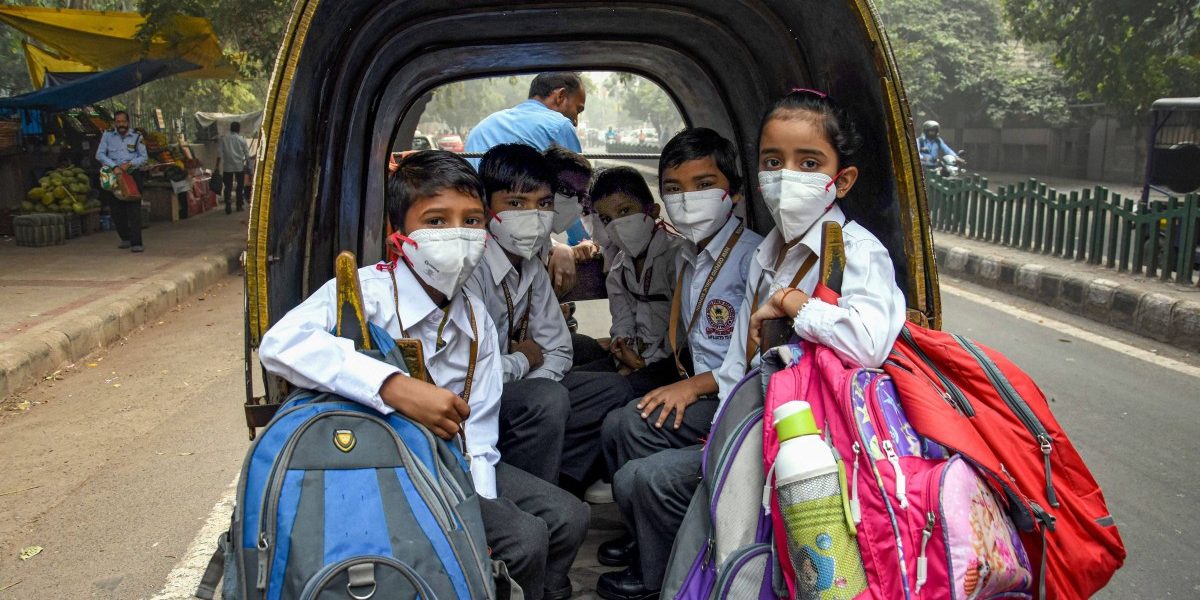 A few weeks ago, children in Delhi were wearing air pollution masks. Now they are being told to wear masks against the coronavirus. Photo: PTI

New Delhi: There is no conclusive data available in India to directly establish air pollution as the cause of deaths or diseases, the government informed Parliament on Monday.

Air pollution is one of the many factors affecting respiratory ailments and associated diseases. Apart from the environment, the health of an individual is impacted by food habits, occupational habits, socio-economic status, medical history, immunity and heredity etc, Minister of State for Environment and Forest Babul Supriyo told the Rajya Sabha.

“There is no conclusive data available in the country to establish a direct connection of deaths/diseases exclusively due to air pollution,” he said.

Supriyo was replying to a question about the findings of ‘The Lancet Countdown Report 2019’, according to which more than five lakh people have died in India due to air pollution in 2016.

The report said that over 97,000 of them died after being exposed to pollutants from coal burning.

The minister also said that an analysis of ambient air quality data from 2014 to 2018 showed that most of the cities were “within the national standards with respect to parameters of sulphur dioxide and nitrogen dioxide”.