Though the decision was well within the purview of policy and law, it helped Fernandes score a political brownie point.

George Fernandes, the maverick socialist leader and former Union minister who passed away this week, is widely remembered for asking multinationals – IBM and Coca Cola – to fold up their operations in India soon after he became the industry minister in 1977.

But the fact is that the stage was already set for multinationals to leave India when the Janata Party came to power. All that Fernandes did was to close the window opportunity available for the two companies to renegotiate their continued stay in India after the change of the regime.

At the root cause of the dispute between multinationals and the Indian government was the 1973 amendment to the Foreign Exchange Regulation Act (FERA) that capped foreign equity at 40%. All companies with more than 40% foreign equity had to obtain fresh approval from the Reserve Bank of India (RBI) to continue their operations. Clearly, this was not acceptable to IBM and Coca Cola.

Around the same time, the Public Accounts Committee (PAC) of the parliament, on the basis of observations made by the Comptroller and Auditor General (CAG) about IBM’s dealings with the Railways, launched a full-scale enquiry into the functioning of IBM in November 1975.

The PAC, headed by Hirendra Nath Mukherjee, found that IBM had “defrauded the country of enormous revenues by resorting to various unfair practices like transfer pricing under the garb of inter-company billing system, misuse of import entitlements” and had enabled the firm to reap high profits at the cost of the exchequer as well as the technological development of the country.

IBM was found to dump used and obsolete mainframe computers in India at inflated prices.

In the negotiations that followed with the Department of Electronics (DoE), IBM was reluctant to stop marketing old machines. It had offered to split Indian operations into two – one for card manufacturing and data centre services with 60% Indian equity as required under FERA; and the other for fully owned export-oriented manufacturing.

But it was not willing to dilute its equity in its marketing and maintenance business – which was its core business. DoE was hopeful of a negotiated solution.

Meanwhile, the government changed in March 1977.

George Fernandes was first made the communications minister. But very soon, while the parliament session was in session, he was shifted to industry ministry, replacing Brij Lal Verma following reports that Verma was planning a shift in the industrial policy.

As a trade Union leader in Bombay, Fernandes had led anti-computer agitation of workers in the 1960s. In the run-up to the elections, he had declared that India did not need “foreign technology for making brassieres and tooth paste”. 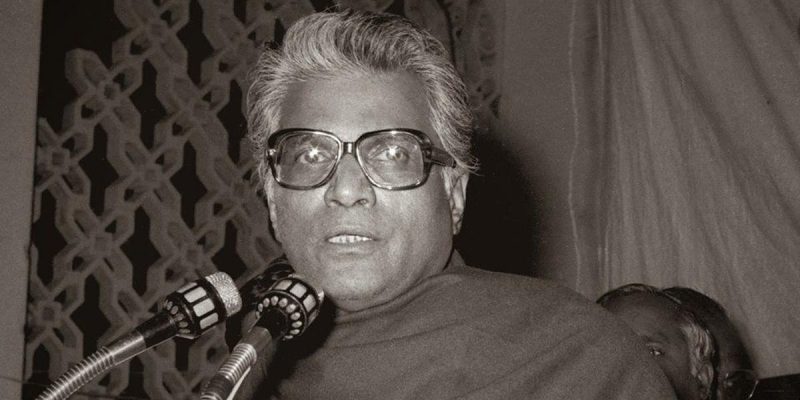 He was also targeting Coca-Cola, and wanted it to share its so-called secret formula if it wished to continue operations in India. By then, a few multinationals had already decided to cease their operations in India rather than dilute their equity.

Hoping to negotiate their stay in India, IBM made contacts at the highest level seeking a review of its case under FERA. Top officials also met then prime minister Morarji Desai, who directed them to see Fernandes. The meeting with the minister turned out to be decisive. This is how Fernandes described the meeting to me in an interview in 2006:

“IBM was very cocky. They went to the extent of telling me that they have refused to accept what the French President, General Charles de Gaulle, had told them (to dilute their equity). So I told them, ‘if you think the General succumbed to you, I am telling you that I am not succumbing to you. You get out.’ Yes, I said ‘You get out’.”

In any case, Fernandes said, in his view computers deployed by IBM were taking away jobs of Indian workers.

The series of events from early 1970s onward – CAG report, parliamentary probe, FERA rules and pressure from DoE – had made it amply clear that it would be difficult for IBM to continue in India. The last nail in the coffin came in the form of Fernandes becoming industry minister. The file on IBM and Coca Cola came to him as FERA cases, and he took the decision based on recommendations of the FERA committee. It was well within the purview of policy and law, but helped Fernandes score a political brownie point.

IBM, which set up operations in India 1951 following an invitation from prime minister Jawaharlal Nehru,  grew rapidly in the 1960s, with several government departments becoming its customers.

The company followed a policy of ‘As is’ under which it brought discarded mainframe computers from America, refurbished them here and leased them out to users at exorbitant prices. This way it kept the technology in Indian market one or two generations behind the latest. When the DoE was set up in 1971, one of its goals was to end the monopoly of IBM and FERA came in handy to do so.